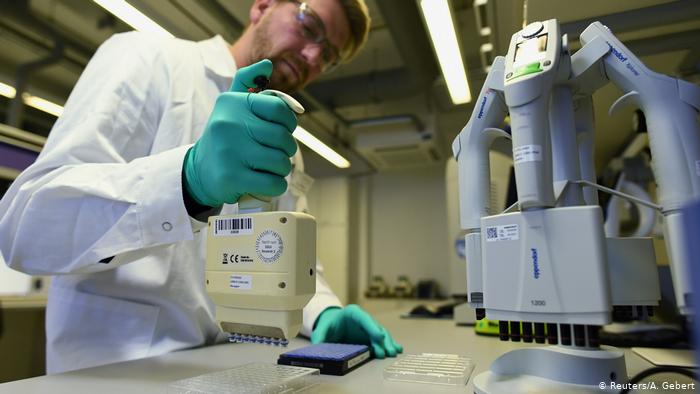 Interviews with 16 patients infected by a visiting Chinese colleague at a company in southern Germany reaffirms that the virus often stays hidden. Most of them exhibited no or only mild symptoms, researchers say.

Global efforts to contain COVID-19, the disease caused by the novel coronavirus, still face a “huge challenge,” warned The Lancet Infectious Diseases magazine in a Bavarian case study confirming that some patients were infected before symptoms emerged or only as they started.

The London-based medical publisher focused on one of Europe’s first to case in January, explaining how the virus Sars-CoV-2 spread from a Chinese colleague visiting Munich to workmates of the firm Webasto and then their households. It was the first reported human-to-human transmission cluster outside of Asia.

From “Patient Zero” a sequence of four “generations” of infection was traced with “all patients recovered fully” via quarantine, said the magazine, citing testing and interviews done mainly by German epidemiologists and health authorities.

The virus’ incubation period — the time between initial infection and symptoms — was four days, concluded the authors, who included Chinese and Spanish contributors.

Viral transmission to one and up to “possibly five more” patients had occurred before symptoms became apparent. In at least four cases, it occurred on the day of symptom onset. The remainder of transmissions occurred once symptoms were apparent or unknown, according to the study.

That pattern of hidden “infectiousness was “substantial” and had also thrown up “false-negative tests,” suggesting infection was present but only became evident later.

The data from “Patient 0” matched other results that suggested the occurrence of pre-symptomatic transmission was estimated to make up as much as half of all infections, said infectious disease researchers at Cologne’s University Clinic (Uniklinik Köln) in a commentary for The Lancet.

“This is one of the most serious obstacles to controlling the pandemic,” said the Cologne team, adding, “New technologies such as contact tracking apps are urgently needed to effectively control the pandemic.”

“All countries that have introduced rigorous contact tracing were most effective in keeping the number of newly infected small,” said Annelies Wilder-Smith, of the London School of Hygiene & Tropical Medicine (LSHTM), in a statement cite by German news agency dpa.

She cited South Korea, Taiwan, Hong Kong, Thailand, Vietnam and Singapore as “clear examples of countries that do not economize on resources and technology to carry out rigorous contact tracing. All were successful.”

Germany’s Welt am Sonntag newspaper, in a four-page Sunday special entitled “The Wasted Weeks,” quoted German Health Minister Jens Spahn at the end of January — when the Webasto case had just emerged in Munich — as saying that the course of the disease was “relatively moderate.”

Already on January 22, virologist Alexander Kekule, during a television science broadcast, had contradicted Germany’s public health agency, the Robert Koch Institute, saying: “I also reckon on cases in Europe; we must also prepare ourselves for them in Germany.”

Another study published Friday by The Lancet, conducted by University of Oxford researchers, found that people living in the most deprived areas of Britain were more than four times likelier to test positive for COVID-19 than those living in the richest neighborhoods.

The Oxford study looked at more than 3,600 COVID-19 test results from national programs and found that statistical deprivation, age and chronic liver disease all increased the likelihood of testing positive.

Among its sample of 660 people living in most deprived areas, 29.5% had tested positive, compared with just 7.7% of those in richer areas, the study found.