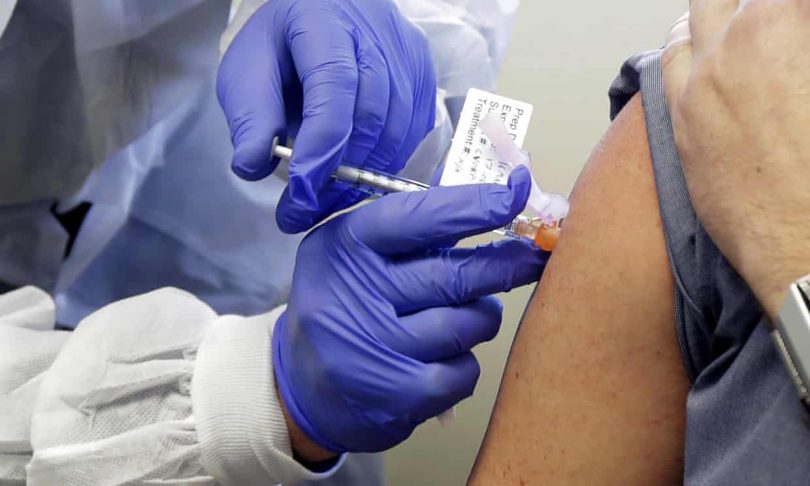 The first results from human trials of a vaccine against Covid-19 have given a glimmer of hope after a US firm’s study produced positive results in a group of eight volunteers.

These results – which come a day after the UK government revealed a deal to secure 30m doses of a rival Oxford University vaccine, should it be successful – showed that each of the participants produced an antibody response on a par with that seen in people who have had the disease. And they suggest that the vaccine is safe for use in humans.

Part of a first-stage trial of 45 people run by the US company Moderna, the results are from a preliminary safety study and do not demonstrate that the treatment will work. But they will be a sign of encouragement for experts and governments desperate for a breakthrough in the battle to bring an end to the coronavirus pandemic – widely believed to be impossible without a vaccine.

Although both programmes are in the early stages, the findings also appear to put the US research ahead of the UK’s. While the Oxford vaccine was shown in a safety study to protect macaque monkeys against pneumonia, it did not stop infection – which could leave people liable to spread the virus, even if they do not get sick themselves.

With the backing of the British government, the Oxford group is partnering with the drug company AstraZeneca to make 30m doses for the UK – if the vaccine works. It is to receive £65.5m to fund its work. Imperial College London, which also has a vaccine under development, has been awarded £18.5m.

In the US study, run by the National Institutes of Allergy and Infectious Diseases, all eight volunteers made neutralising antibodies which were tested in human cells in the lab and stopped the virus from replicating. The higher the vaccine dose, the more antibodies the volunteer produced.

However, as with antibody tests, there will still be questions over whether this response is enough to prevent people from being infected by the virus. This approach does not stimulate another arm of the immune response, from the T-cells. It is also not known whether an antibody response will last. 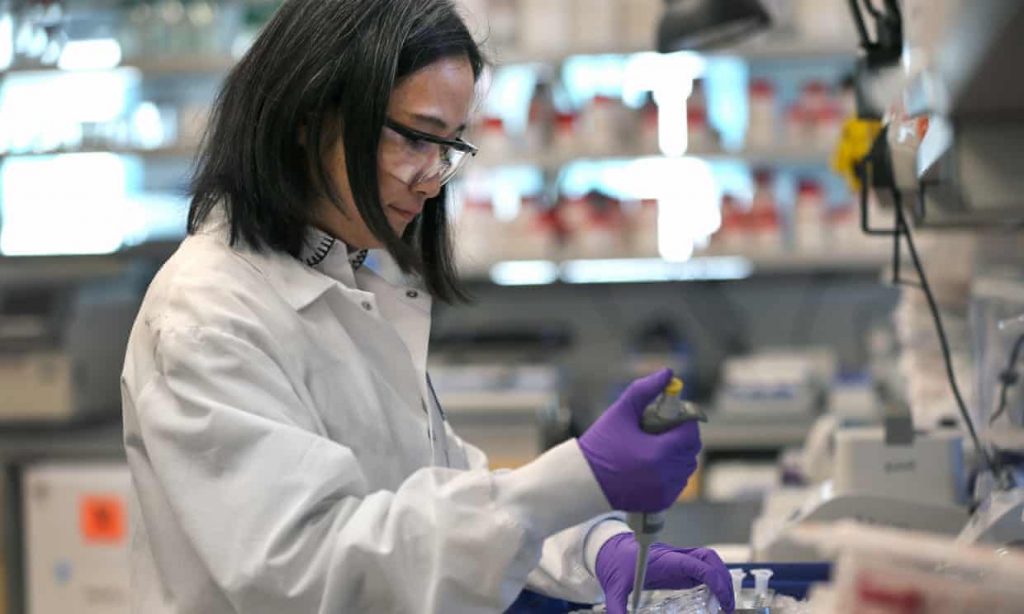 The Moderna lab in Cambridge, Massachusetts, US, where a coronavirus vaccine is under development.

Many different companies and institutions around the world are racing to develop a vaccine in record time, using different approaches. The World Health Organization has a list of 76 contenders. Moderna was the first in the world into clinical trials with an RNA vaccine, which uses a segment of genetic material from the virus itself, called messenger RNA, to provoke the immune system into making antibodies.

Imperial College is also developing an RNA vaccine, although its approach is different. Robin Shattock, professor of mucosal infection and immunity, who is leading the Imperial trials, said the Moderna findings were encouraging. “While it will be important to scrutinise the actual data, the reported findings are in line with expectations that vaccine candidates should provide levels of neutralising antibodies that are at least equivalent to convalescent subjects,” he said.

“This is a promising start, but efficacy data will be key followed by an ability to scale in a manner that provides global access should this vaccine be successful.”

Stephen Evans, professor of pharmacoepidemiology at the London School of Hygiene & Tropical Medicine, also gave the news a cautious welcome. “Well, it isn’t bad news and there are a number of good points that suggest optimism that this vaccine may work,” he said.

Oxford University has published results of safety trials in macaque monkeys. While the vaccine prevented the monkeys from developing pneumonia, it did not block the virus from infecting the animals.

Jonathan Ball, professor of molecular virology, University of Nottingham, said that the Oxford results were encouraging in that they prevented serious illness, but that if the vaccine works the same way in humans, it may not prevent the spread of disease.

“If this represents infectious virus and a similar thing occurs in humans, then vaccinated people can still be infected, shed large amounts of virus which could potentially spread to others in the community,” he said.

“If the most vulnerable people aren’t protected by the vaccine to the same degree, then this will put them at risk. Therefore, vaccine efficacy in vulnerable populations and the potential for virus shedding in vaccinated people needs very careful monitoring.”

Moderna has so far only released results for the youngest group of volunteers. It intends to press ahead to the next stage of human trials involving 600 people shortly, with a much bigger trial involving thousands set to begin in July.