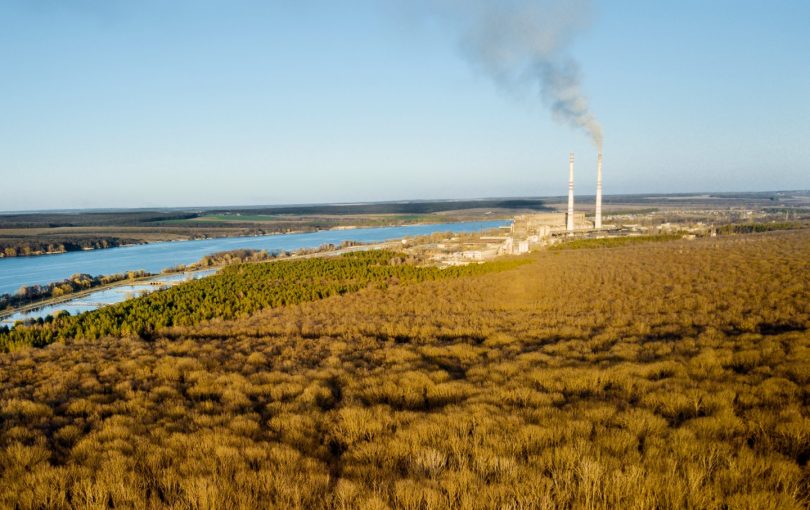 A leading conservationist and biodiversity scholar, with decades of experience in the Amazon, reflects on the lessons of COVID-19.

Like much of the world I am sheltering in place because of COVID-19. It’s not the first pandemic of my lifetime: I experienced pre-vaccine polio epidemics, when parents would talk about the scary disease in front of children by spelling it aloud, thinking they wouldn’t understand. Many of these adults had lived through the influenza pandemic in 1918. And in recent years we have all followed the news nervously as Ebola, SARS, and MERS have surfaced in human populations in Africa, Asia, and the Middle East.

Except for polio, which is transmitted only from human to human, most of those disease agents were part of natural cycles that involved only animals. They spilled over into humans because nature was disturbed in some way. There is a lesson in that.

We shouldn’t be surprised by the continuing emergence of new diseases—some with pandemic potential—if humanity continues with its wholesale destruction of nature.

The case of yellow fever

A classic example, but perhaps less familiar these days, is yellow fever. It was once a scourge in many American countries, including Brazil, where I have worked throughout my career as a biologist and conservationist. Yellow fever evolved long ago in the forests of Africa, and in the 17th century slave ships brought it to the Americas. There, as in Africa, an urban cycle emerged in densely settled areas, in which the disease is transmitted between humans by a mosquito (Aedes aegypti) that has adapted to living among us. The slave ships probably brought the mosquito from Africa too.

In the early 20th century, aggressive elimination of potential mosquito breeding sites was powerfully effective in preventing the disease. Since 1937 it has been easily preventable by the best vaccine ever made—it lasts a lifetime. In Brazil the last urban outbreak of yellow fever was in 1942.

But the disease has not gone away. As in Africa, it has become established in South American forests, in a separate cycle usually termed “jungle yellow fever.” There the virus moves nomadically in the canopy, killing howlers and other species of monkeys; lately it has attacked members of the last population of endangered golden lion tamarins, on the outskirts of Rio de Janeiro.

Even after yellow fever vaccination began in Brazil’s cities, every once in a while, a person would walk out of the forest with a case of jungle yellow fever. For a long time it was mysterious and puzzling how humans were catching it, because the natural cycle occurred 100 feet overhead.

As a graduate student I shared an office at the Instituto Evandro Chagas in Belem do Para with the man who had solved the mystery, a magnetic Colombian researcher named Jorge Boshell. Earlier in his career, while watching woodsmen bring down a tree in the Colombian rainforest, Boshell had seen them suddenly surrounded by little blue mosquitoes: Haemagogus, the known transmitters of jungle yellow fever. Normally those mosquitoes live only in the canopy and bite monkeys. They were getting a chance to bite humans because humans had felled their home.

The scene that Boshell witnessed is a kind of paradigm of the threat to our health that comes from disturbing nature—which we’re doing now more than ever. Over the past few years Brazil has seen more than 750 deaths from jungle yellow fever, its worst surge since the 1940s; to prevent the urban cycle from reemerging, the government has once again launched a mass vaccination program.

The problem is not only yellow fever: Deforestation in the Amazon also creates breeding sites for the hosts and vectors of afflictions like malaria and schistosomiasis. And the problem isn’t confined to Brazil or any other single place. As the COVID-19 pandemic has devastatingly shown, modern transportation systems can quickly whisk some human pathogens around the world—and also plant and animal pests and diseases. As I write, a Chinese coal ship in Baltimore harbor was discovered (in the nick of time) to have egg masses of the Asian gypsy moth, which is a known pest for at least 500 plant species.

To epidemiologists and virologists the COVID-19 pandemic is no real surprise. A very close relative of the SARS virus, the novel coronavirus also thrives in bats, which are largely immune to its ill effects. A wildlife market in Wuhan, China, is where the spillover from animals to humans probably happened, and the initial jump from a wild bat to an animal that was acquired and consumed by a human may well have happened there too. Such markets are a nightmare of animal mistreatment, with appallingly crowded and unsanitary conditions— just an ideal festering potpourri for generating new viral threats.

In late February China issued a provisional ban on trading and consuming wildlife, but it’s not clear whether that will be made permanent. Each new COVID-19 death should re-emphasize that shutting down wildlife markets in China, south Asia, and Africa—while making sure people have alternatives to bush meat— should be an international public health priority. So should controlling (or ideally eliminating) wildlife trafficking, and curbing habitat and especially tropical forest destruction.

Nature sustains us. It’s where we originated. The lesson for humanity from this pandemic is not to be afraid of nature, but rather to restore it, embrace it, and understand how to live with and benefit from it.

All that biodiversity is essentially a gigantic library of solutions, pretested by natural selection and evolution, to various biological challenges. The idiosyncratic biology of bats, for example—the fact that they are somehow immune to the coronavirus—might contribute to development of a treatment in humans. Humanity has huge respect for libraries of our own works; there is every reason to treat the living library of nature with the same respect and care.

One of the questions a biologist like me really hates is when somebody asks, of some randomly chosen organism: What good is it? That’s like pulling a volume off a bookshelf and asking—unread—what good is it?

What good is a virus, for instance? A legendary figure in medical history once answered that question even before science knew that viruses existed. At the end of the 18th century, British physician Edward Jenner noticed that milkmaids who had suffered a mild disease called cowpox often seemed to be untouched by another much worse one—smallpox. Even though he didn’t know what caused the two afflictions, he concluded that cowpox must confer immunity to smallpox. A man of his convictions, he conducted an experiment, which demonstrated that cowpox victims did not “catch” smallpox. The Latin name for the invisible cause of cowpox was Vaccinia (from the Latin for cow), which led to the term vaccination—one of the foundations of modern medicine.

The number of people who have led longer, healthier and more productive lives because of vaccinations is inestimable—certainly in the billions. The productivity of humanity has been similarly enhanced. We are anxious to get a COVID-19 vaccine as soon as possible and are excited that a dengue vaccine seems quite close at hand. Yet does anyone ever stop to recognize let alone thank nature and the Vaccinia virus?

Some people are viewing the pandemic as nature fighting back against all that has been and continues to be done to it. But it is human behavior and disrespect for nature that have been the cause. Furthermore, as we cope with the pandemic, climate change is marching ahead. It’s causing strong ripples of change in all ecosystems and probably tipping the balance in favor of pathogens currently unknown to us.

The wise way forward is to invest in conservation and science, and to embrace nature and the glorious variety of life with which we share this planet. A healthy future for humanity and a healthy biodiverse planet go hand in hand.