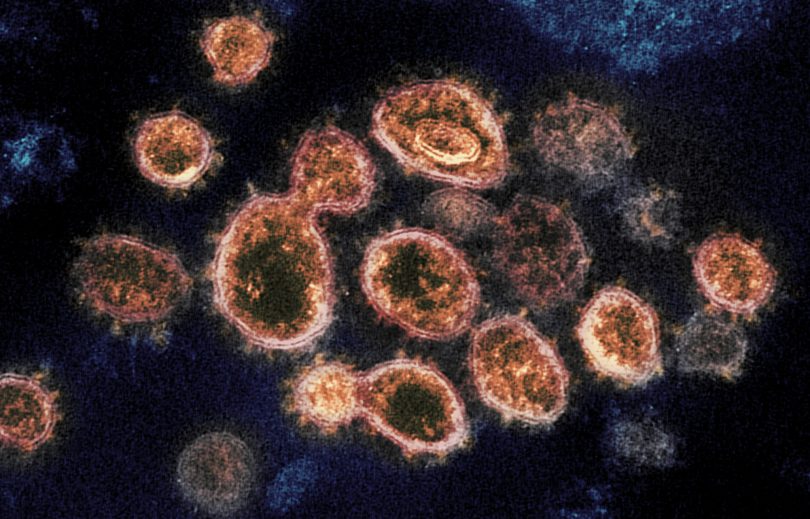 As scientists across the globe race to develop a vaccine against SARS-CoV-2, the coronavirus that causes COVID-19, an international team led by Davide Corti at Vir Biotechnology and David Veesler at the University of Washington has been working around the clock on a complementary approach – identifying neutralizing antibodies that could be used as a preventative treatment or as a post-exposure therapy.

Their latest findings, which include data gathered at Lawrence Berkeley National Laboratory’s (Berkeley Lab’s) Advanced Light Source (ALS), indicate that antibodies derived from SARS survivors could potently block entry of SARS-CoV-2 and other closely related coronaviruses into host cells. In a study published this week in Nature, the scientists note that the most promising candidate antibody is already on an accelerated development path toward clinical trials.

“We are very excited to have found this potent neutralizing antibody that we hope will participate in ending the COVID-19 pandemic,” said Veesler.

Soon after SARS-CoV-2 emerged in late 2019, Veesler and his colleagues began screening for potential neutralizing antibodies among those identified from SARS and MERS survivors in 2003 and 2013, respectively. Veesler’s structural biology team specializes in studying the protein machinery that pathogens use to infect hosts. The work is crucial for discovering what molecules can be targeted by treatments and vaccines. Their previous research on the SARS- and MERS-causing coronaviruses revealed that some neutralizing antibodies produced in response to those diseases were also effective against closely related coronaviruses. So, they suspected that several might inhibit SARS-CoV-2, which is very closely related to SARS-CoV.

The screening yielded eight antibodies that can bind to the SARS-CoV-2 spike glycoprotein – a pyramid-shaped structure on the viral surface, composed of proteins with attached carbohydrates, that facilitates entry into the host cell. Multiple studies have suggested that the spike glycoprotein is the main target for both neutralizing antibodies and vaccines, and vaccines currently in development use a piece of this structure to prime the immune system. Further tests narrowed the field to reveal one SARS-CoV antibody, called S309, that successfully neutralizes SARS-CoV-2.

To understand how this antibody hinders the spike protein, and to gather the information necessary to reproduce it, the team behind the current study used cryo-electron microscopy (cryo-EM) at the University of Washington Arnold and Mabel Beckman cryoEM center and X-ray crystallography performed at ALS beamline 5.0.2., which is managed by the Berkeley Center for Structural Biology (BCSB). The ALS – a Department of Energy (DOE) user facility open to both industry and commercial teams – is a particle accelerator called a synchrotron that produces extremely bright beams of light from infrared to X-rays. The beams are directed into beamlines to support a wide range of scientific techniques, including protein crystallography. Operation of the ALS to conduct this research was supported in part by the U.S. Department of Energy National Virtual Biotechnology Laboratory, a consortium of DOE National laboratories with core capabilities relevant to the threats posed by COVID-19, and funded under the Coronavirus Aid, Relief, and Economic Security (CARES) Act.

“David’s group is a more recent user of the BCSB beamlines,” said Marc Allaire, a biophysicist in Berkeley Lab’s Biosciences Area and head of the BCSB. “In 2018, they used the ALS to examine the spike glycoproteins of other coronaviruses and investigate how potential antibodies bind to them, and when it became clear that SARS-CoV-2 was a threat we were able to give the team priority time to use the beamlines.” The group used the ALS in early February and on March 31 they analyzed crystallized samples of S309. These samples are not infectious and posed no safety risk.

“I have been in the field for quite a while and I am still fascinated by the power of protein crystallography,” Allaire added. In crystallography, a beam of X-ray light aimed at crystallized samples generates diffraction patterns. The intensities of the diffracted spots are then measured and used to reconstruct a 3D map of a molecule’s atomic structure. Beamline 5.0.2 is a specialized crystallography beamline that has been in operation for 20 years supporting a broad spectrum of structural biology studies and drug discovery. “We feel privileged to be contributing to David and Davide’s amazing effort and the promise of S309.”