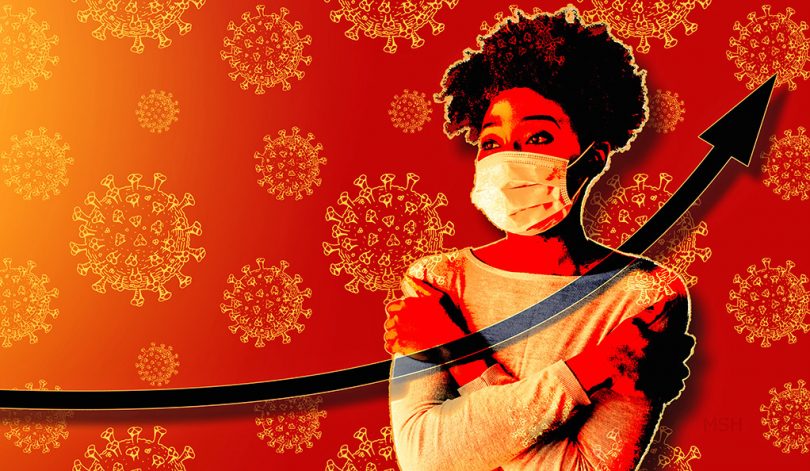 Available data from states shows that some racial and ethnic minorities are more likely to die of COVID-19 than whites, and a new, age-adjusted analysis by researchers at Yale and the University of Pittsburgh provides a clearer picture of the devastation COVID-19 has caused in black and Latino communities in particular.

The analysis was posted recently on MedRxiv, a preprint server where research can be posted prior to peer-reviewed publication.

Almost half the states do not track the race and ethnicity of those who have died in the pandemic, and states that are tracking racial and ethnic data do not account for age differences among population groups — making it difficult to accurately compare the risk of COVID-related death across groups.

“We knew broadly that there were racial disparities in mortality, but without knowing age differences in populations, it is hard to assess true risks,” said lead author Cary Gross, professor of medicine and director of the National Clinician Scholars Program at Yale.

For instance, the Latino population in the United States tends to be much younger than the white population. Since elderly are much more likely to die from the coronavirus, per capita death rates among Latino in some states are actually lower than those of whites. But those crude death rate numbers can be misleading, said the researchers.

He and colleagues used census data about the ages of black and Latino populations and state data about existing mortality rates among those groups to quantify the risk of dying from COVID-19 among these groups.

“When you account for age, our preliminary data analysis suggests that the Latino population faces a significantly higher risk of death from Covid,” Gross said.

“We might be able to learn about what state policies contribute to these numbers,” Gross said. “Perhaps some states have more equitable access to safe housing or health care, or leaders who have employed a more proactive approach to ensure access to testing and facilitate social distancing in communities of color. We need to dig deeper to learn who is doing a good job at the local level and emulate them.”

More complete data, he added, might also help researchers pinpoint what factors are most important in increasing death rates among individuals of color, such as lack of access to health care, densely populated homes and neighborhoods, or being employed in essential jobs that increase the risk of infection.

“We need high-quality data and a consensus on the metrics we use to direct resources and tackle staggering health inequities,” said Yale’s Marcela Nunez Smith, professor of internal medicine and senior author of the study. “Calculating age-adjusted rates in COVID-19 incidence, hospitalizations, and death by race and ethnicity is precisely the right approach.”