With the end of the COVID-19 pandemic still uncertain, one thing is becoming clear — the new normal will include social distancing. The unique challenge is how to achieve social distancing in the chaotic public transport systems of Asia’s densely populated cities.

To start with, the bulk of Asians live in slums. The corona virus lockdowns should acknowledge the fact that millions live in crowded homes and communities. So, the first problem is how do you implement social distancing under these conditions?

“To start with, the bulk of Asians live in slums. The corona virus lockdowns should acknowledge the fact that millions live in crowded homes and communities. So, the first problem is how do you implement social distancing under these conditions?”

According to social science data, about three in five Asians — from 21 per cent (Indonesia) to 55 per cent (Bangladesh and Cambodia) — live in congested slums. (1)

Some 20—30 per cent of them rarely travel outside their neighbourhoods. They stay in and around their homes, earn their living washing clothes and gardening for rich neighbours, babysitting, peddling food and knickknacks in the streets, pedal biking to the local market, managing tiny neighbourhood stores, scavenging for junk and food in the garbage dumps.

The traffic problem is for the next 40—60 per cent of the people who have regular jobs and commute to work daily. The question soon will be on how you will travel in these cities without bumping or leaning into someone before you reach your destination.

The city planners (like those in Manila) are coming up with innovative solutions while using the same road space. One way, they say, is to reduce the traffic flow. The metro trains and buses of the big cities have been utilised to the max before the Covid-19 crisis and they were already overcrowded. It is the same with taxicabs.

So now they plan to cut the daily traffic in half by making people work three days a week instead of six, but with longer hours daily. This way they come to the big cities only half of the time. This will cut passenger traffic by 50 per cent.

Another way to cut the traffic volume is to stagger school schedules. Schedule classes for the lower grades in the morning, upper grades in the afternoon and college students in the early evening.

The government and industry must also now seriously consider work from home programmes for their employees where feasible. To encourage this, cities must upgrade the Internet infrastructure. How about pushing for work from home enterprises? This will also encourage online shopping and virtual meetings and reduce traffic.

It is time to dedicate biking and walking lanes in the metropolitan areas—within the city centres and between cities. Provide safe lanes for motor bikes and pedal bikes and for pedestrians who prefer to walk short distances from bus stops to their city destinations, like the offices, malls and movie houses.

In some countries, like China, they already have working bike systems which I observed in Beijing before the coronavirus last year. My student guide showed me where he regularly borrowed a bike at one stop and then deposited it at the next stop near his school. Similar programs have been set up in other cities around the world such as in Taipei, Amsterdam, London and Montreal. 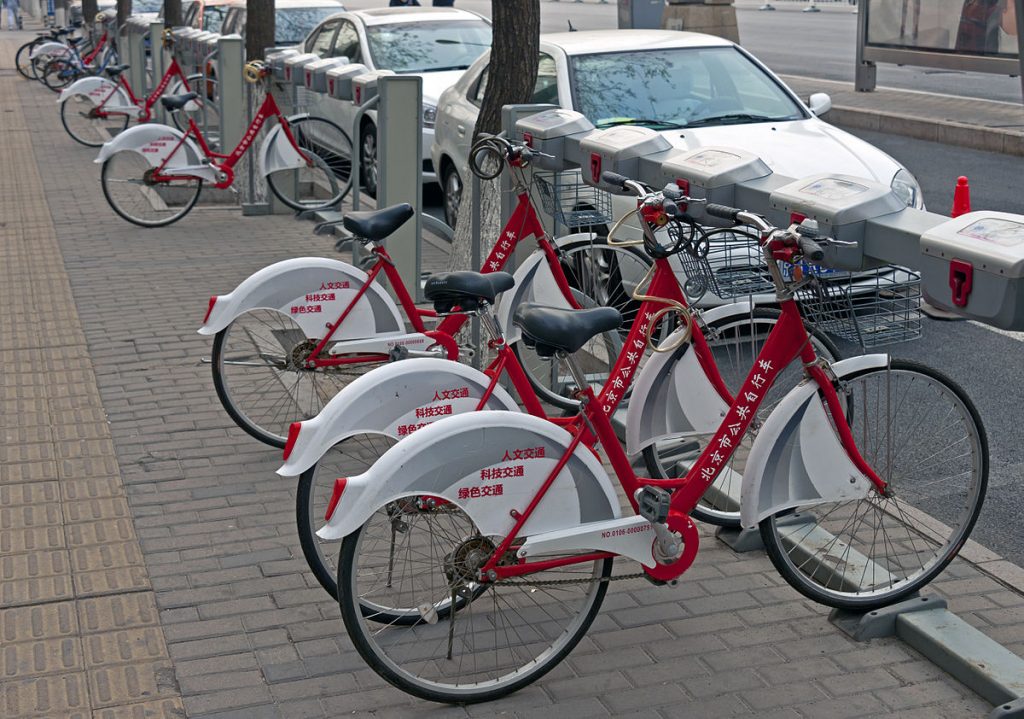 The current bus and train social distancing plan is to reduce passenger traffic by half, cutting the income of operators by half, and therefore increasing the fares passengers will pay. But who will pay for the potential huge increase? This looks like a difficult problem to solve unless the government intervenes with tax incentives.

How about the old idea of designating no-traffic zones in central business districts for shopping and entertainment? Pedestrian malls appeared in many US cities in the 1970s, but in the 1980s they eventually disappeared. Maybe it was an idea whose time had not yet come. We can reconsider them for today, when the traffic mess has become unmanageable. (2)

Maybe, it is time to introduce the Hong Kong style double-decker buses and double-decker trams to the cities of Asia. For the same road space, you move double the number of passengers from one part of the city to the other. This will mean, of course, redesigning the big Hong Kong buses to make them fit the smaller roads and lower infrastructure ceilings such as bridges and overpasses for other Asian cities.

Or you cut in half the travel time. In Bangkok, they have just started a new 23-kilometre-long elevated railway that connects the northwestern suburbs of Bangkok with the Thonburi district in the centre of the city. They have named it the city’s rapid transit system that transports about 250,000 people a day. They designed it to be fully automatic–using IVU software that registers passenger volume and coordinates the arrival and departure times of the trains, making the system attractive to the public.

Many of these Asian cities are near the sea and have large river systems, like Manila, Bangkok, Hong Kong, Singapore and Jakarta. We don’t need too much imagination to plan water ferries and cable cars to move people from homes to work in certain areas between the mountains and the seas.

For long- range solutions, of course, we need urban planning. We need to plan and build communities for the future with areas designated for residences, commerce, education, recreation, religion and the weather.

In the Philippines, a current pet project of one politician is to move slum dwellers from Manila back to their provinces. This is a great idea, but it is an idea that needs planning. We cannot just dump these people back to the provinces where they came from, give them money, and say stay there and be happy. What happens when their money runs out? We need serious planning for projects like these.

We are inspired by the planning for cities like Putrajaya, built to be the capital city of Malaysia. We have seen a medical city like Texas Medical City in Houston, Texas, where major hospitals and health facilities were planned and were located. Clark City, 100 miles south of Manila, has been planned and envisioned to be the next capital of the Philippines by 2030.

So clearly, there are no one-size fits all solution to social distancing in Asia’s crowded public transport. No easy and quick fixes. In fact, the social distancing policy might even lead to an undesirable outcome – that of more people buying cars resulting to more traffic and even more polluted air.

What’s more, we need to tackle the root cause of crowding: overpopulation. We cannot solve the problem of overcrowding and traffic in Asia until we come to grips with the population issue. The world just has too many people now.