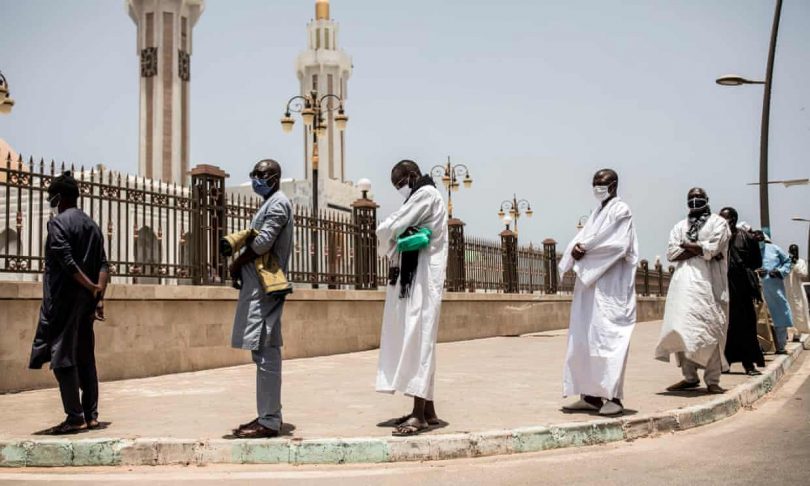 Remember, early on in the Covid-19 pandemic, the speculation as to how apocalyptic it would be if this disease hit the African continent? I do. There was deep anxiety about what it would mean for countries with lower income populations, dominant but harder-to-regulate informal economies and far fewer healthcare facilities than the UK or Italy.

There have been coronavirus mistakes and misjudgments, and deaths, and each one is a tragedy. And no one knows the course the pandemic may take next – the continent, like the rest of the world, isn’t out of the woods yet. But what has also happened is that many African nations, realising early on that large-scale, expensive testing and hospitalisation was not an option for the populations, had no choice but to take a more creative approach.

Take the two African countries I have called home – Senegal and Ghana. Senegal is developing a Covid-19 testing kit that would cost $1 per patient, which it is hoped will, in less than 10 minutes, detect both current or previous infection via antigens in saliva, or antibodies. It’s hard to know exactly how this compares with the price of Britain’s tests, but many of them use polymerase chain reaction, or PCR, to detect the virus, and cost hundreds of dollars. And I can testify that a leaflet that came through my door in London this week offered me a private testing kit for £250.

Senegal is in a good position because its Covid-19 response planning began in earnest in January, as soon as the first international alert on the virus went out. The government closed the borders, initiated a comprehensive plan of contact tracing and, because it is a nation of multiple-occupation households, offered a bed for every single coronavirus patient in either a hospital or a community health facility.

As a result, this nation of 16 million people has had only 30 deaths. Each death has been acknowledged individually by the government, and condolences paid to the family. You can afford to see each death as a person when the numbers are at this level. At every single one of those stages, the UK did the opposite, and is now facing a death toll of more than 35,000.

Ghana, with a population of 30 million, has a similar death toll to Senegal, partly because of an extensive system of contact tracing, utilising a large number of community health workers and volunteers, and other innovative techniques such as “pool testing”, in which multiple blood samples are tested and then followed up as individual tests only if a positive result is found. The advantages in this approach are now being studied by the World Health Organization.

Across the African continent, the lack of access to expensive pharmaceutical products, not to mention a well-founded historic lack of trust, has fuelled interest in whether traditional herbal remedies have anything to offer. One plant in particular – Artemisia annua, or sweet wormwood, which belongs to the daisy family – is drawing particular attention after the president of Madagascar, Andry Rajoelina, claimed it was a “cure” for Covid-19.

That may sound Trumpian, and the WHO has cautioned that further trials are needed before it can be advocated as a treatment for the disease. But I contacted the respected Max Planck Institute of Colloids and Interfaces in Germany, which is currently conducting clinical trials on a different breed of the same plant, in this case grown in Kentucky.

This specially grown, more potent variety of sweet wormwood is being tested on cells to determine its effectiveness in fighting coronavirus infections and the results so far, the institute’s director, Prof Peter Seeberger, told me, are “very interesting”. Human clinical trials are likely to follow.

More than 20 African countries have already ordered the Madagascan version, a vote of confidence for Rajoelina, who has taken to showing up at meetings and TV appearances with a bottle of a brown herbal drink made from the plant, touting its benefits.

The reason you probably haven’t heard about this, he says, is because of patronising attitudes towards African innovation. “If it was a European country that had actually discovered this remedy, would there be so much doubt?” he asked on French TV. “I don’t think so.”

The scientists will have to say whether his “cure” actually works (among those calling for better evidence of its safety and effectiveness is Madagascar’s own National Academy of Medicine). But on Eurocentric attitudes, he has a point. The African continent has a stellar history of innovating its way out of problems – just look at how mobile money and fintech has turned it into one of the most digitally savvy regions in the world.

It has been well documented how a patronising attitude towards east Asia is what allowed European countries to be caught by such surprise at the spread of this disease. Now a similar mindset seems set to ensure we don’t learn the lessons Africa has to offer in overcoming it.