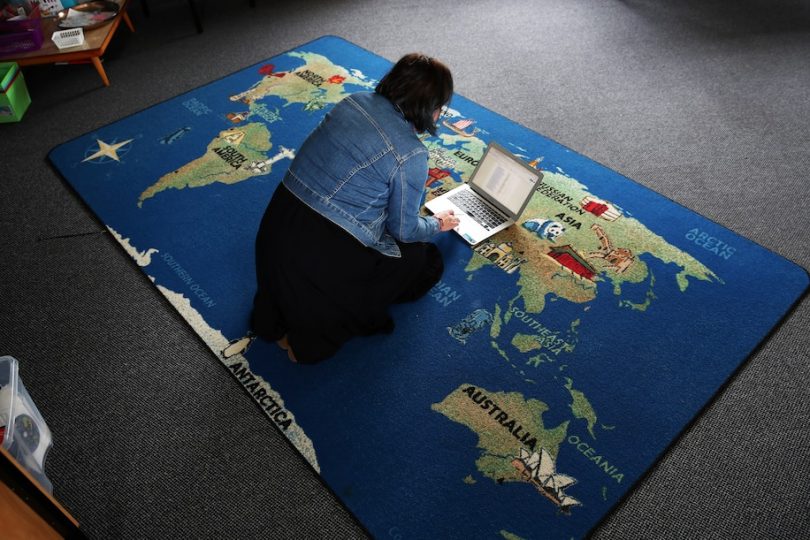 The world is watching New Zealand.

Decisive early action, along with Prime Minister Jacinda Ardern’s empathetic style of leadership, quashed the country’s coronavirus outbreak in fewer than 50 days, earning it a place on the short list of nations the rest of the world is looking to for guidance — not just on how to fight the initial wave of the pandemic, but on what could come next.

So, when Ardern uploaded a video to Facebook last week floating the idea of a four-day workweek, an audience outside New Zealand took notice, judging by the headlines. Amid the flexibility companies have had to show in response to the novel coronavirus crisis, what once in many quarters would have come across as a fringe notion no longer seemed so unthinkable.

Ardern said she was looking for creative ways to stimulate domestic tourism, to help the industry recover as the country begins to reopen with strict border measures still in place. But she couched the idea in the context of broader changes to the workplace wrought by the pandemic.

“I’ve heard lots of people suggesting we should have a four-day week,” she said. “Ultimately, that really sits between employers and employees.”

Sign up for our Coronavirus Updates newsletter to track the outbreak. All stories linked in the newsletter are free to access.

“I’d really encourage people to think about that, if you’re an employer and in a position to do so,” Ardern said, “if that’s something that would work for your workplace.”

Long before the coronavirus pandemic upended life on every continent, the four-day workweek was gaining a global cohort of converts, according to Alex Soojung-Kim Pang, the author of “Shorter: Work Better, Smarter, and Less — Here’s How.”

For his research, Pang spent time in offices that had implemented the policy in Australia, Canada, Japan, South Korea the United Kingdom, the United States and Scandinavian countries to track why they were making the shift. “It’s not just touchy-feely social democracies that are doing it,” he said, but also countries where “overwork is the norm.”

Some studies show workplace productivity and satisfaction go up under a shorter, more compressed schedule.

Finland’s prime minister has touted the idea, the U.K.’s Labour Party has campaigned on it, and companies including Microsoft in Japan and Shake Shack in the United States have succeeded in trying out versions of it. While not all have ultimately stayed, one study in the U.K. last year found 64 percent of leaders of businesses with four-day workweeks saw an increase in staff productivity, while 77 percent of workers linked it to a better quality of life. The same study cited bureaucratic hurdles like contracts as among the major limitations.

That’s in part why before the pandemic, Karen Jansen, a researcher on organizational behavior in the U.K., estimated a major shift toward the shorter workweek wouldn’t happen before 2030. Now, she said, the coronavirus is “accelerating” that timeline.

“It used to be that flexible work arrangements were a bit stigmatized,” she said. “Those negatives I think are going away. Covid has had a leveling effect.”

“This experience has taught us that we don’t have to have a one-size-fits-all model for everyone,” Jansen added. “The question, I think, is who is going to go back to the old way.”

Many of the benefits of a four-day workweek overlap, in theory, with the pros of working from home that extend beyond safety during the pandemic, Jansen said. “It’s that ability to have work-life balance, to help save the environment in terms of your commuting and footprint on the Earth.”

Much like remote work, four-day weeks, even if they gained widespread traction, would not likely be available to all workers evenly. There are different models for the shortened week, some of which envision the same output condensed into fewer hours while other simply imagine longer hours spread over fewer days.

The pandemic has already exacerbated divides between those with professions that can be done remotely and the workers in health care, retail, delivery, food-processing and other sectors who cannot stay home and face elevated risk. The crisis has also amplified inherent inequalities between workers in formal jobs, with set contracts and hours, and those in the gig and informal economy.

The four-day workweek can’t fix these labor “bubbles,” said Jansen. Instead, she said, the three-day weekend would become a “bubble” like remote work, encompassing a growing number of people and professions while excluding others.

Andrew Barnes, a businessman and leading proponent of the four-day workweek in New Zealand, said the model, if implemented, could serve to redress gender imbalances.

Initial studies have shown women worldwide bear the brunt of child care and other domestic responsibilities under lockdowns and work-from-home orders, which exacerbate preexisting dynamics. In contrast, he argued, a four-day workweek could normalize a pattern in which people of all genders split their time more evenly between home and the workplace, removing an entrenched barrier to female professional advancement.

“You’re never going to get women at the top unless you get the guys out of the office,” Barnes said. “It makes it okay [for men] to spend time at home, to look after kids, to have care responsibilities.”

Barnes is the CEO of Perpetual Guardian, New Zealand’s largest estate planning company, and his employees, who were already working four-day weeks before the outbreak, easily transitioned to remote work, he said. They would prefer a mix of office and remote work moving forward, according to surveys he has conducted.

For companies that need to scale back, Barnes urged management to consider switching to four-day weeks, as one fewer day could be a way to reduce office-related costs.

“Pay them what they are worth,” Barnes said. “Not how much time they spend in the office.”