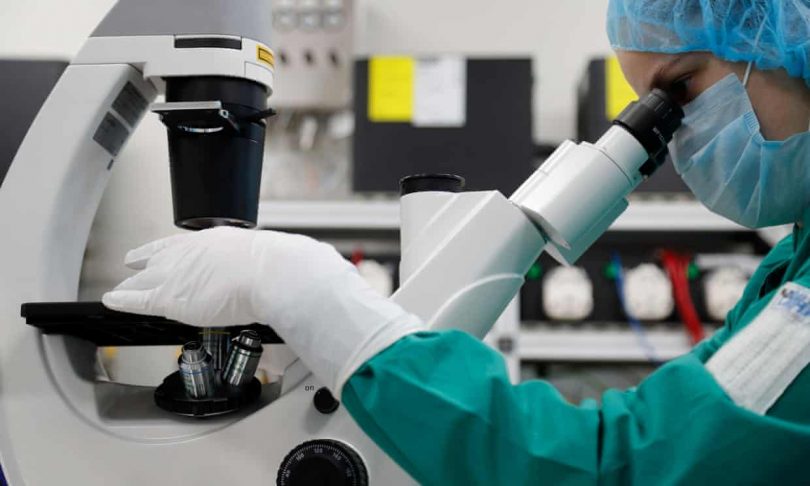 People with a genetic mutation that increases the risk of dementia also have a greater chance of having severe Covid-19, researchers have revealed.

The study is the latest to suggest genetics may play a role in why some people are more vulnerable to the coronavirus than others, and could help explain why people with dementia have been hard hit: dementia is one of the most common underlying health conditions among those who have died from Covid-19 in England and Wales.

“It is not just age: this is an example of a specific gene variant causing vulnerability in some people,” said David Melzer, a professor of epidemiology and public health at Exeter University and a co-author of the study.

Writing in the Journal of Gerontology: Medical Sciences, Melzer and colleagues report how they analysed data from the UK Biobank, a research endeavour that has collected genetic and health data on 500,000 volunteers aged between 48 and 86.

The team focused on a gene called ApoE – this gives rise to proteins involved in carrying fats around the body, and can exist in several forms. One such variant, called “e4”, is known to affect cholesterol levels and processes involved in inflammation, as well as increasing the risk of heart disease and dementia.

The researchers found 9,022 of almost 383,000 Biobank participants of European ancestry studied had two copies of the e4 variant, while more than 223,000 had two copies of a variant called “e3”. The former, the team add, have a risk of dementia up to 14-fold higher than the latter.

The team then looked at positive tests for Covid-19 between 16 March and 26 April when testing for the coronavirus was largely carried out in hospitals, suggesting the cases were severe.

Melzer said the findings were not down to people with two e4 variants being more likely to be living in a care home – settings that have been hard hit by Covid-19 – since the association remained even when the team excluded participants with a diagnosis of dementia. None of the Covid-19 positive participants with two e4 variants of the ApoE gene had a dementia diagnosis.

“It is pretty bulletproof – whatever associated disease we remove, the association is still there. So it looks as if it is the gene variant that is doing it … This association is not driven by people who actually have dementia,” said Melzer.

The team say further work is needed to unpick the link.

Prof Tara Spires-Jones, an expert in neurodegeneration at the University of Edinburgh who was not involved in the study, said the large number of Biobank participants meant the association between the ApoE genetic variants and Covid-19 risk was robust, but stressed the study did not prove the former caused the latter. Nevertheless, she said, the study was important.

“It is possible that the role of ApoE in the immune system is important in the disease and future research may be able to harness this to develop effective treatments,” she said.

Fiona Carragher, a director of research and influencing at Alzheimer’s Society, said people with dementia and their families were desperately worried, adding the government must take urgent action to protect people with dementia. But, she said, more research was needed to delve into the possible link between the e4 variant of ApoE and severe Covid-19.

“Other factors may contribute, so it is difficult to draw firm conclusions at this stage. But clearly much more in-depth research is urgently needed to fully understand why people with dementia seem to be at a higher risk and to what extent factors like ethnicity and genetics might play a role,” she said.

But Prof David Curtis, honorary professor at the UCL Genetics Institute, urged caution. He noted that among the study’s limitations, diagnoses of dementia in recent years are unlikely to be captured, meaning that the link between the e4 variant and severe Covid-19 may still be driven by more people with two e4 variants having dementia than those with two e3 variants.

“I’m afraid this study does not really convince me that the ApoE e4 allele [gene variant] is really an independent risk factor for severe Covid-19 infection,” he said. “I would want to see this tested in a sample where dementia could be more confidently excluded, perhaps a younger cohort. I am sure additional data will soon emerge to illuminate this issue.”