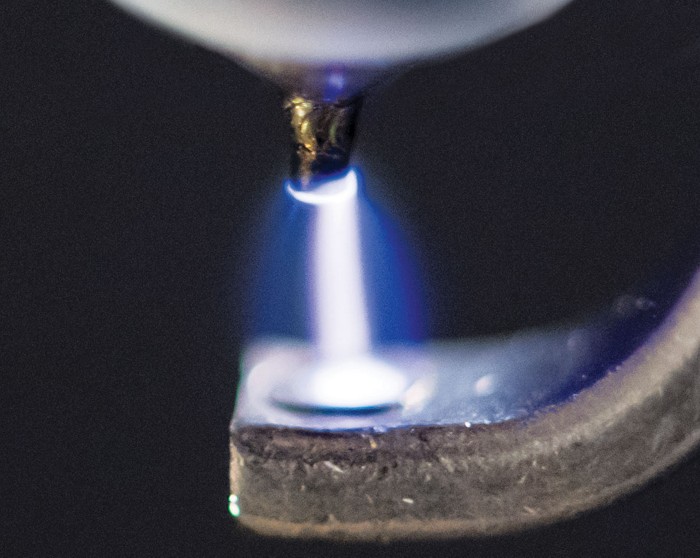 The gas is known to improve lung function, but can it also kill the virus?

Nitric oxide has played many starring biochemical roles. In 1998, researchers received the Nobel Prize in Physiology or Medicine for discovering that the gas acts as a crucial signaling molecule in living cells. A few years later it was approved to treat newborns with respiratory failure caused by high blood pressure in their lungs. Critical care and cardiac doctors also use NO off-label to treat acute respiratory distress syndrome and other types of acute lung injury and respiratory failure in adults.

Now, multiple clinical trials across the US and Canada are testing whether inhaled NO can protect the lungs of people with COVID-19, the disease caused by the novel coronavirus SARS-CoV-2. Researchers think the gas’s power to boost oxygen levels in the lungs may speed recovery for people infected with the virus and prevent them from requiring mechanical ventilation. Hints from lab studies also suggest that the gas may have virus-killing properties.

In 2003, during the severe acute respiratory syndrome (SARS) epidemic caused by the SARS-CoV-1 coronavirus, people in Beijing who received inhaled NO recovered faster than those who didn’t get the gas, with treated patients’ blood becoming better oxygenated and their lungs clearing faster from signs of pneumonia (Clin. Infect. Dis. 2004, DOI: 10.1086/425357). Follow-up lab studies in cells showed that NO interfered with that virus’s ability to fuse with host cells and replicate (Virology 2009, DOI: 10.1016/j.virol.2009.09.007).

The genomes of “SARS-CoV-1 and SARS-CoV-2 overlap 85–90%,” says Lorenzo Berra, a critical care physician at the Massachusetts General Hospital (MGH) who is leading three of the COVID-19 trials. “The similarity between the two viruses is so close that we anticipated NO would have a virucidal effect.”

Currently, 11 trials in total are testing NO against COVID-19, six of which are multicenter randomized controlled trials. Berra is leading two multicenter trials that are administering high doses of inhaled NO—one in people with mild or moderate COVID-19 infection who are breathing on their own, and another in people who are on a ventilator.

Berra is also leading a third trial at MGH that is testing whether the gas can protect health-care workers who are exposed to COVID-19 patients from infection. The workers will inhale the gas at the beginning and the end of their shifts. Such a preventative treatment would be a game changer, Berra says, adding that more than 500 MGH employees have tested positive for the virus.

“I think it’s promising,” says Mark Gladwin, a pulmonary critical care doctor at the University of Pittsburgh who has studied inhaled NO. “Anything we can do to keep people off the ventilator longer would be powerful.” Multiple studies of people with lung injury have shown that NO improves oxygenation, so that isn’t in doubt, he says. What’s less clear is whether it improves survival. Gladwin is not involved in the COVID-19 NO trials but co-authored a forthcoming commentary with Berra and another colleague on the possibility of administering NO at home.

Generally, NO is administered in the hospital, using a gas tank. The treatment is widely available but can cost thousands of dollars. For the preventative NO trial in health-care workers, Berra is collaborating with Warren Zapol, an anesthesiologist at Harvard University, to test a new delivery method. Zapol invented a device that uses iridium and platinum spark plugs to zap oxygen and nitrogen gases in air to form NO. The electric NO device can produce limitless quantities of the gas for pennies. “It’s such a simple way to make NO,” Zapol says. “You don’t need any chemicals, you don’t need anything—you just need air.”

Zapol, who led the development of NO as a therapy for newborns, conceived of the device back in the 1990s when he read about how NASA had flown a plane through a lightning bolt to sample the gases it produced and found a lot of nitric oxide. “I said, gee, that’s nature making a lot of nitric oxide. Why can’t I do that?” Zapol says. In 2015, he and his colleagues demonstrated that the device works as well as tank-based delivery (Sci. Transl. Med. 2015, DOI: 10.1126/scitranslmed.aaa3097). Because the system is portable, people could potentially use it at home, Berra says.

Gladwin points out that, so far, the laboratory evidence of NO’s ability to kill SARS-CoV-2 is “preliminary at best.” Berra and his colleagues hope to provide more data on that front. They are collaborating with researchers at the National Emerging Infectious Disease Laboratories at Boston University to test whether cells infected with the virus survive longer when exposed to NO-generating molecules.