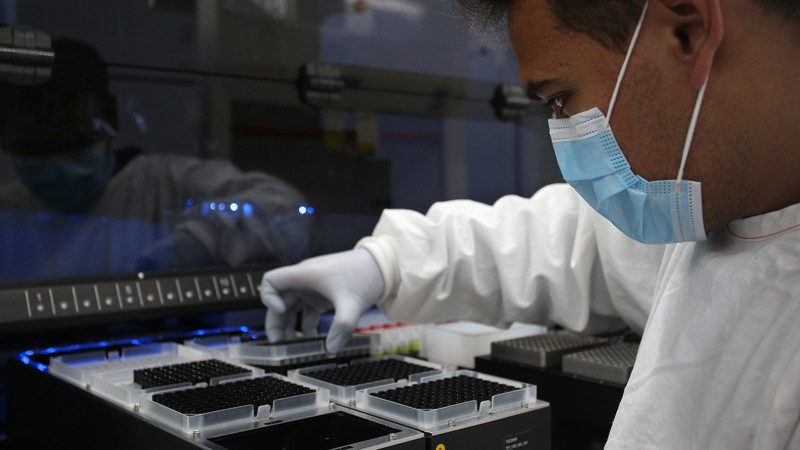 Scientists in New Zealand, the United Kingdom and other places are using sequence data to track new infections as lockdowns ease.

As many countries emerge from lockdowns, researchers are poised to use genome sequencing to avoid an expected second wave of COVID-19 infections.

Since the first whole-genome sequence of the new coronavirus, SARS-CoV-2, was shared online on 11 January, scientists have sequenced and shared some 32,000 viral genomes from around the world. Such a vast amount of data has allowed researchers to trace the origin of COVID-19 outbreaks in their countries and pinpoint when community transmission occurred1.

Now, countries that have successfully suppressed infections are entering the next phase of the COVID-19 pandemic — where there’s a risk of new cases appearing as social restrictions ease. Researchers say that genomics will be crucial to quickly track and control these outbreaks. Studies already show that outbreaks tend to be shorter and smaller when genomics is used to help contact tracing2.

“When there are few cases, genomics can very quickly tell you what you’’re dealing with and therefore guide precision interventions,” says Gytis Dudas, a consulting bioinformatician at the Gothenburg Global Biodiversity Centre in Sweden.

Several places are particularly well placed to do that because they invested in genome sequencing early in the pandemic and have a relatively small numbers of cases. Researchers in New Zealand, and at least one state in Australia decided that they would aim to sequence most coronavirus genomes in their country or state.

As SARS-CoV-2 spread around the world, distinct lineages began to form as viruses circulating in different regions gradually evolved. By comparing sequences, researchers can quickly rule out possible lines of transmission if two sequences don’t match, or link together cases that do.

Scientists in the United Kingdom, the United States and other countries are also sequencing SARS-CoV-2 from a large proportion of cases there, but because their epidemics are still ongoing and case numbers are high, genomics is being used to monitor spread and help identify the source of some cases where contact tracing fails. But such interventions depend on broad sampling, and so in places where diagnostic testing is limited, there will also be gaps in the genomic data.

Fast off the mark

Before the first reported case arrived in Australia from Wuhan, China, on 19 January3, researchers at a laboratory in Melbourne that usually investigates outbreaks of food-borne illness started preparing to sequence SARS-CoV-2 genomes in the state of Victoria.

“We said, let’s just sequence every positive case we get,” says Torsten Seemann, a bioinformatician at the Microbiological Diagnostic Unit Public Health Laboratory based at the Peter Doherty Institute for Infection and Immunity in Melbourne.

So far, Seemann’s team has sequenced three-quarters of the state’s roughly 1,700 cases4, thought to be the most comprehensive sequencing coverage in the world for an infectious-disease outbreak. By comparison, researchers working on the 2014–16 West Africa Ebola epidemic sequenced 5% (1,610 samples) of all infected cases5 in just under 3 years.

The sequence data has helped resolve the true source of exposure for a health-care worker, proving that they contracted the virus at a social event and not from a patient in hospital. “Without genomics, and only interviewing, you would never be able to tell which one it was,” Seemann says. The information prevented the need for an investigation into a possible outbreak at the hospital, he says.

Seemann’s team is preparing to use genomic data to help identify the probable origin of new cases that arise as Victoria’s social restrictions ease. Public-health officials will be able to make decisions to control outbreaks much faster than was possible in the first few weeks of the pandemic when there were fewer genomes to compare, he says.

The genomic data will be particularly important when regional travel resumes. Borders for all states in Australia have been closed since March, but new infections are expected when they reopen. Over the past two months, viral genomes will have mutated just enough to tell whether they come from outside the state, researchers say. “As soon as we get the sequence, we’ll be able to tell whether it came across the border or not,” Seemann says.

Scientists in New Zealand have so far sequenced 25% of country’s 1,154 reported cases. They’re aiming for more than 70% to get the most complete picture practically possible, says Joep de Ligt, lead bioinformatician at New Zealand’s Institute of Environmental Science and Research near Wellington, which is sequencing the country’s cases. With every sequence added, researchers are more likely to be able to pinpoint where the next case fits.

But the sequence data is already proving useful in responding to outbreaks, he says. Genomic data have identified links between cases that were missed by traditional contact tracing and have untangled two clusters that were thought to be one.

In the United Kingdom, with vastly more cases, the COVID-19 Genomics UK Consortium, which includes research centres and university labs, formed in March. It has so far sequenced 20,000 viral genomes, representing nearly 10% of lab-confirmed cases in the country, says Nick Loman, a bioinformatician at the University of Birmingham who is part of the consortium. He was one of the team that pioneered rapid genomic-surveillance tools during the Ebola outbreak, which are now being used during the COVID-19 pandemic.

The team hasn’t set a target like New Zealand, says Loman, partly because the United Kingdom has so many cases — approaching 265,000 confirmed infections as of 27 May. Instead, they’re aiming to generate a representative sample of sequences from across the United Kingdom that can support epidemiological investigations.

‘Slips through the cracks’

But using genomics as part of the response to an outbreak has limitations, says de Ligt. With SARS-CoV-2, people who experience asymptomatic infections are unlikely to get tested, he says. “There is that real risk that something slips through the cracks.”

Genomic surveillance also relies on widespread diagnostic testing to capture sequences in the first place, says Loman. The United Kingdom was inundated with cases and was slow to ramp up diagnostic testing. “There’s always the possibility that you’ve not sampled some cases,” he says.

Loman notes that global genomic surveillance will be important when international travel resumes.

But the use of genomic analysis to help contact tracing is largely restricted to high-income countries, says Meru Sheel, an epidemiologist at the Australian National University in Canberra. She would like to see genomics considered as a tool for outbreak responses in resource-limited countries in the Asia–Pacific region, as it was in the Democratic Republic of the Congo, Sierra Leone and Guinea during the Ebola outbreak.