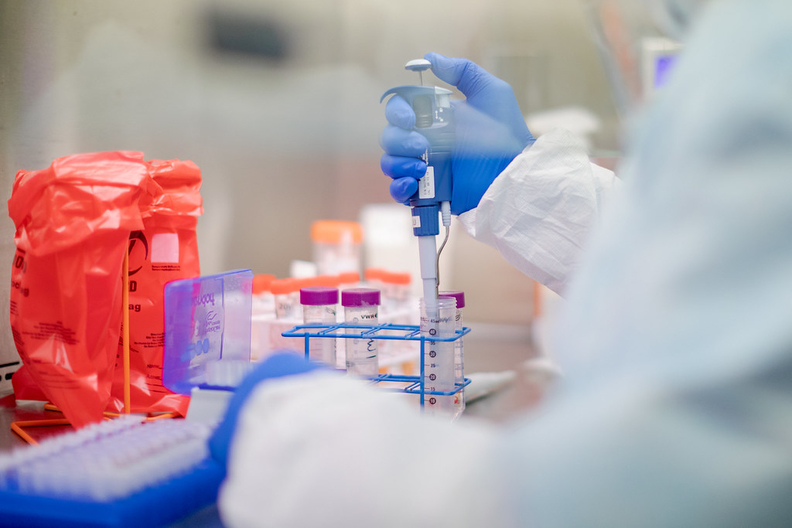 About 16% of discharged COVID-19 patients later tested positive on an RT-PCR test for SARS-CoV-2, a new study has found.

Researchers from the Affiliated Hospital of Zunyi Medical University followed nearly 70 COVID-19 patients following their release from the hospital. A portion of the patients in this case series study tested positive for SARS-CoV-2 after being discharged, though did not exhibit any symptoms of disease at that time.

This finding “suggests that some recovered patients may still be virus carriers even after they reach the basic discharge criteria,” researchers led by Zunyi’s Rujun Hu wrote in their paper, which appeared on Thursday in JAMA Network Open.

Hu and his colleagues collected data on 69 patients who had been discharged from a hospital for COVID-19 patients in Guizhou Province, China, between January 25 and February 26, 2020. The patients were a median 33 years of age and had a median hospital stay of 13 days, but the length of time spent in the hospital ranged between a week and more than a month. All then met discharge criteria and were released to a 14-day quarantine.

Guidelines for discharging COVID-19 patients in China recommend waiting until the patient has not had a fever for more than three days, has improved respiratory symptoms, and has tested negative twice on a nucleic acid-based test, according to a technical report from the European Center for Disease Control and Prevention.

Nasopharyngeal swabs were collected from the former patients seven days and 14 days later, or anytime they exhibited clinical symptoms, and those swabs were tested by the Centers for Disease Control and Prevention of Guizhou Province for SARS-CoV-2 using an RT-PCR test. Eleven patients, or 15.9%, tested positive for the virus after discharge, even though they had no clinical symptoms.

Of these 11 patients, most had had a moderate or mild COVID-19 disease course; only one had had a critical infection.

Overall, the researchers noted no major difference in demographic or baseline clinical characteristics between the group that recurred on testing and the group that did not. The recurrent group did, though, report increased fatigue, a higher number of initial symptoms, and elevated creatine kinase levels, but because of the limited number of patients in the case series, the researchers noted additional verification is needed.

The researchers likewise added that as their study was a single-center observational one with a small sample size, their results might not be widely generalizable.

Still, they recommended that it might be prudent for medical institutions to monitor discharged patients’ RT-PCR results and follow up on them, as the patients could potentially remain carriers of the virus.