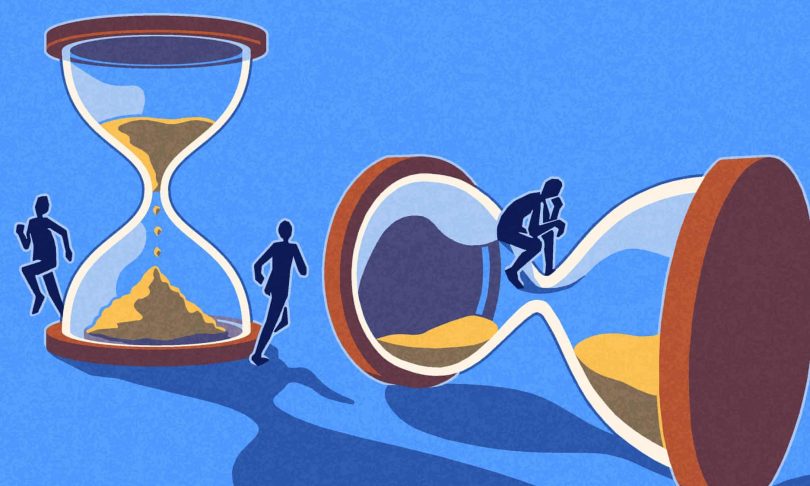 The pandemic has revealed the danger of prizing ‘efficiency’ above all else. The recent slowdown in our lives points to another way of doing things

There’s been a lot of argument about how best to handle the coronavirus pandemic, but if there are two things on which most people currently agree, it’s that governments should have been better prepared, and that everyone should get back to work as soon as it is safe to do so. After all, it seems more or less self-evident that you need to be ready for unexpected contingencies – and that it is better for the economy to function at full capacity. More PPE would have saved doctors’ and nurses’ lives; more work means less unemployment and more growth.

But there is a catch to this, and it has been at the heart of political debate since Machiavelli. It is impossible to achieve both goals at once. Contingency planning requires unused capacity, whereas exploiting every opportunity to the full means losing the flexibility needed to respond to sudden changes of fortune.

It wasn’t until the mid-20th century that economists started to realise that it might be better to leave a bit of slack in the economy to help cope with exogenous shocks. In the years after the Great Depression, governments saw the problem as “idle men, idle land, idle machines and idle money”. But there were also economists, such as the Englishman William Hutt, who went against the Keynesian consensus and pointed out that there were some things – fire extinguishers, for example – that were valuable precisely because they were never used. Having large stocks of PPE, underemployed nurses, or a lot of spare capacity in ICUs, falls into the same category. Idle resources are what you need in a crisis, so some degree of inefficiency isn’t necessarily a bad idea.

Trying to manage a pandemic in a world of just-in-time production lines and precarious labour brings these issues into sharper focus. On the one hand, there weren’t enough idle resources for most countries to cope adequately with the spread of the virus. On the other, the enforced idleness of the lockdown leads to calls to get the economy moving again.

For Donald Trump, the prospect of a prolonged shutdown is particularly alarming because it threatens to undermine the competitiveness of the US economy relative to other nations (notably China) that have dealt with the crisis more efficiently. That’s an argument Machiavelli would have understood very well. One of his constant refrains was that idleness could lead to what he called corruption (the diversion of resources from the public good, which Trump equates with the Dow Jones Industrial Average) – and that corruption leads inevitably to defeat at the hands of your rivals.

For Machiavelli, the contagion of corruption was spread above all by Christianity, a “religion of idleness”. And it is true that the Judeo-Christian tradition, with its sabbaths, jubilees, feast days, and religious specialists devoted to a life of prayer and contemplation rather than martial virtue, built a lot of slack into the system. Machiavelli thought it should be squeezed out through laws that would prevent surplus becoming the pretext for idleness, rather in the way that later economists looked to the pressure mechanism of competition to do the same.

But there’s a contradiction in Machiavelli’s thinking here, because he also acknowledged that one of the things every polity needed was periodic renewal and reform, and that corruption was what preceded it. So you’re in a double bind: either you can squeeze out the slack and never experience renewal, or you can court corruption and create an opportunity to start over and make things better.

With hindsight it looks like that’s one of the problems the religions of idleness tried to address, by incorporating idleness into the calendar. In ancient Hebrew tradition, there were weekly sabbaths, and every seventh year was meant to be a year of release in which the land was left to lie fallow, debts were forgiven and slaves emancipated. The idea was picked up by the Chartist William Benbow, who in 1832 used it as the model for what he called a Grand National Holiday, in effect a month-long general strike that would allow a National Congress to reform society “to obtain for all at the least expense to all, the largest sum of happiness for all”.

Benbow’s plan came to nothing, but it provides an alternative model for how the lockdown might be viewed. The Italian philosopher Giorgio Agamben has complained that the lockdown is a state of exception with an increase in executive powers and a partial abrogation of the rule of law; but the flipside is that it is the closest thing to a Grand National Holiday that most of us have ever experienced. Despite all the suffering the pandemic has caused, for many it has also meant no work, debt relief, empty roads and a rare opportunity to live on free money from the government.

Generally speaking, exogenous threats like wars or natural disasters act as pressure mechanisms forcing us to redouble our efforts to combat them together. The benefit of contagion is that the only way to combat it is to do less rather than more. That has some demonstrable advantages. There has been a dramatic global fall in carbon emissions. The only comparable reduction in greenhouse gases during the past 30 years came as the result of the decline of industrial production in eastern Europe after the fall of communism. That was managed exceptionally badly because neoliberal economists thought that what post-communist states needed was the pressure of free market competition. Shock therapy would galvanise the economy.

The pandemic has been a shock alright, but its effect has been the opposite of galvanising. People everywhere had to stop whatever they were doing or planning to do in the future. That provides an altogether different model of political change. The philosopher Walter Benjamin once noted that while Karl Marx claimed that revolutions were the locomotives of world history, things might actually turn out to be rather different: “Perhaps revolutions are the human race … travelling in this train, reaching for the emergency brake.”

Everyone keeps saying that we are living through strange times, but what is strange about it is that because everything has come to a stop, it is as though we are living out of time. The emergency brake has been pulled and time is standing still. It feels uncanny, and there’s more slack in the world economy than there ever has been before. And that means, as both Benjamin and Machiavelli would have recognised, that there is also a once-in-a-lifetime opportunity for change and renewal.

For some, this might mean a shorter working week, or less air travel. For others, it might suggest the opportunity for a more fundamental remaking of our political system. A space of possibility has unexpectedly opened up, so although the lockdown may be coming to an end, perhaps the standstill should continue.