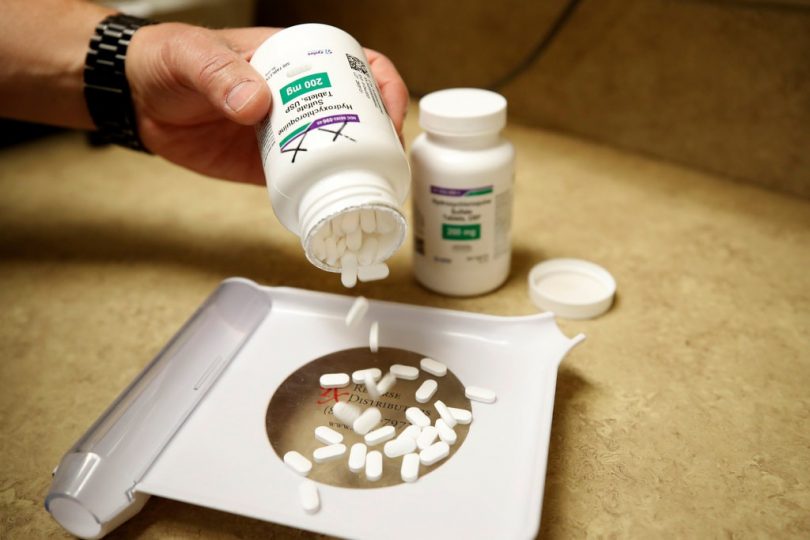 Experts demanded verification of data and methods used in a study of drugs to treat Covid-19. The study suggested the drugs might have increased deaths.

More than 100 scientists and clinicians have questioned the authenticity of a massive hospital database that was the basis for an influential study published last week that concluded that treating people who have Covid-19 with chloroquine and hydroxychloroquine did not help and might have increased the risk of abnormal heart rhythms and death.

In an open letter to The Lancet’s editor, Richard Horton, and the paper’s authors, the scientists asked the journal to provide details about the provenance of the data and called for the study to be independently validated by the World Health Organization or another institution.

A spokeswoman for Dr. Mandeep R. Mehra, the Harvard professor who was the paper’s lead author, said on Friday that the study’s authors had asked for an independent academic review and audit of their work.

Use of the malaria drugs chloroquine and hydroxychloroquine to prevent and treat Covid-19 has been a focus of intense public attention. President Trump has promoted the promise of hydroxychloroquine, despite the absence of gold-standard evidence from randomized clinical trials to prove its effectiveness, and recently said he was taking it himself in hopes of preventing coronavirus infection.

The scientists’ challenges to The Lancet paper come at a time of increasing debate about the risks of the rush to publish new medical findings about Covid-19. The paper, published May 22, included data on tens of thousands of patients hospitalized through April 14, meaning that the authors analyzed the trove of data, wrote the paper and went through the journal’s peer review of its findings in just over five weeks, much faster than usual.

The experts who wrote The Lancet also criticized the study’s methodology and the authors’ refusal to identify any of the hospitals that contributed patient data, or to name the countries where they were located. The company that owns the database is Surgisphere, based in Chicago.

“Data from Africa indicate that nearly 25 percent of all Covid-19 cases and 40 percent of all deaths in the continent occurred in Surgisphere-associated hospitals which had sophisticated electronic patient data recording,” the scientists wrote. “Both the numbers of cases and deaths, and the detailed data collection, seem unlikely.”

Another of the critics’ concerns was that the data about Covid-19 cases in Australia was incompatible with government reports and included “more in-hospital deaths than had occurred in the entire country during the study period.”

A spokeswoman for The Lancet, Emily Head, said in an email that the journal had received numerous inquiries about the paper and had referred the questions to the authors.

“We will provide further updates as necessary,” she said. “The Lancet encourages scientific debate and will publish responses to the study, along with a response from the authors, in the journal in due course.”

On Saturday, the journal made two corrections to the study but said, “There have been no changes to the findings of the paper.”

Dr. Sapan S. Desai, the owner and founder of Surgisphere and one of the paper’s authors, vigorously defended the findings and the authenticity and validity of the company’s database. He said official counts of coronavirus cases and deaths often lagged behind actual cases, which might explain some discrepancies.

The paper’s authors said they had analyzed data gathered from 671 hospitals on six continents that shared granular medical information about nearly 15,000 patients who had received the drugs and 81,000 who had not, while shielding their identities.

“What the world has to understand is that this is registry-based data,” Dr. Desai said. “We have no control over the source of the information. All we can do is report the data that is given to us.”

Another group of researchers from the Barcelona Institute for Global Health also raised questions about the Surgisphere database, both with the authors and editors of The Lancet.

One of the signatories, Dr. Adrian Hernandez, who heads the Duke Clinical Research Institute, said the paper contained many troubling anomalies, “but the biggest thing that raised a red flag was that here was such a large database across more than 600 hospitals, and no one had really known about its existence. That was quite remarkable.”

Like several other signatories of the letter, Dr. Hernandez is involved in a clinical trial of hydroxychloroquine to see if it can protect health care workers from infection.

Allen Cheng, a professor of infectious diseases at Monash University in Melbourne, Australia, who also signed the letter, said in an email that the individual hospitals included in the database should be identified.

“Ideally, the database should be made public, but if that isn’t possible, it should at least be independently reviewed and an audit performed,” he said.

Surgisphere’s data was also the basis of a study of coronavirus patients published in The New England Journal of Medicine this month by some of the same authors, including Dr. Desai and Harvard’s Dr. Mehra, as well as for two versions of an article on the use of an antimicrobial drug to treat Covid-19 that were not published in an established medical journal.

Jennifer Zeis, a spokeswoman for The New England Journal of Medicine, said by email that the journal was aware of the questions that had been raised and was looking into them.

Dr. Mehra issued a statement Friday, saying that the paper’s authors “leveraged the data available through Surgisphere to provide observational guidance to inform the care of hospitalized Covid-19 patients” because the results of randomized clinical trials would not be available for some time.

Other observational studies had previously reported possible harms associated with the malaria drugs, and the Food and Drug Administration had issued a safety warning about their use. After the Lancet paper was published, the World Health Organization and other organizations suspended clinical trials of the drugs.