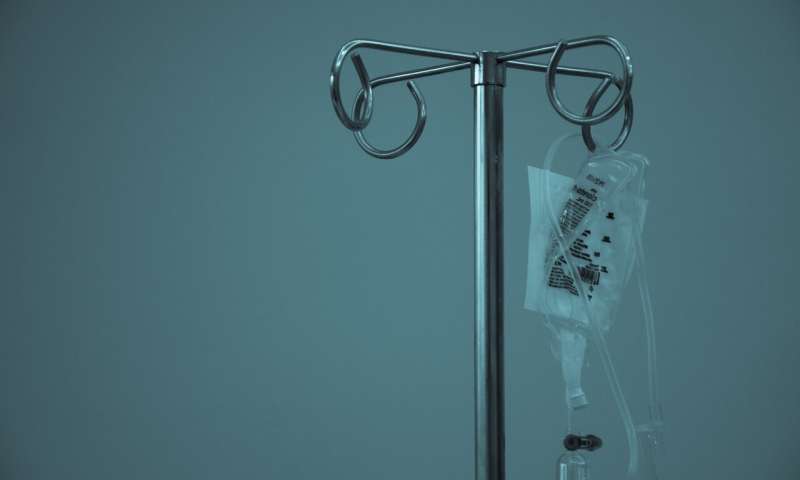 Researchers at Baylor College of Medicine are recommending that all COVID-19 patients admitted to the ICU undergo a thromboelastography (TEG) to test for the risk of forming blood clots. This recommendation comes after they found that more than half of the patients tested under these same conditions developed clinically significant blood clots that went undetected using routine screenings.

The findings appear in in the latest edition of JAMA Network Open.

“As the surgical critical care team at Baylor St. Luke’s Medical Center was discussing their work in the ICU a few weeks ago, I was amazed to hear them express that one of their greatest challenges was that the central intravenous and arterial lines and the dialysis catheters kept unexpectedly clotting in COVID-19 patients in the ICU,” said Dr. Todd Rosengart, chair and professor of the Michael E. DeBakey Department of Surgery at Baylor and senior author of the paper. “I’d never seen or heard anything like this in my 30 years as a surgeon, even in our sickest patients.”

This prompted Rosengart and colleagues to look at what types of tests could be performed to identify these otherwise undetected blood clots.

Researchers observed 21 patients with confirmed COVID-19 infection admitted to the Baylor St. Luke’s Medical Center ICU between March 15 and April 9. They found that the standard clotting profile or screening of the patients was fairly normal. They were then moved to the next level of more specific clotting tests, which included analyzing a patient’s fibrinogen and D dimer levels. Fibrinogen is the protein that makes up the clot and D dimer levels are used to indicate the rate at which a patient’s clots are being broken down, which would usually suggest that the body is “chewing up” all of the clotting factors.

For the COVID-19 patients in the ICU, researchers found that the levels of fibrinogen were more than three times the normal range, indicating that the body was churning out this protein. Looking at these two results together, there was no clear indication that these patients were at increased risk for forming blood clots.

At this point, the researchers looked to a third tier of tests that is not a regularly used process in most ICU patients, the thromboelastography test. This test looks at how quickly a clot forms, its strength and stability. It is used mostly for open heart surgery patients who often have abnormal clot function and also is commonly used for trauma patients.

Among the 21 patients studied, 13 of them, or 62%, developed 46 blood clots that could only be detected through the TEG test.

For patients who are at a higher risk of blood clots as indicated by the TEG test, the researchers recommend administering additional blood thinners.

“The TEG test should be performed on all COVID-19 ICU patients immediately to find those who are at a higher risk of clotting,” Rosengart said. “At the point where physicians discover that their central line and catheter is clotting, the horse is out of the barn.”

The researchers are now looking at whether these undetected blood clots could be related to the unexplained deaths they are seeing in COVID-19 patients.