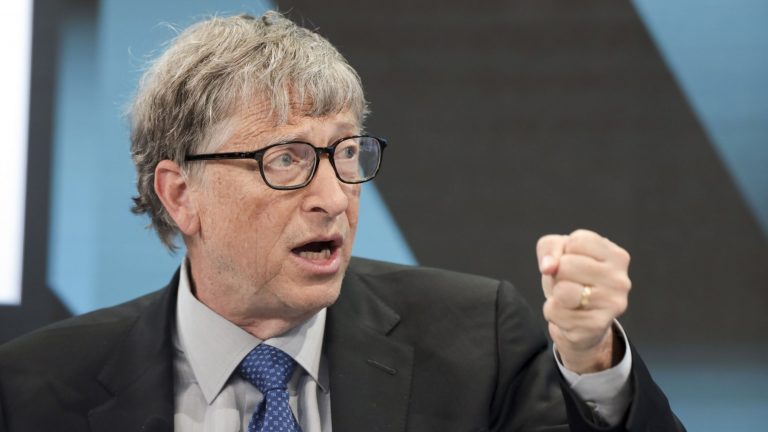 Gates is focusing on the most promising vaccine candidates, committing funds to help ensure production capacity is ready even before any have proven to work.

London: Billionaire philanthropist Bill Gates sees a way to ensure that poorer regions won’t be left behind in the rush for Covid-19 vaccines: invest in factories all over the world to produce billions of doses.

Gates is focusing on the most promising vaccine candidates, committing funds to help ensure production capacity is ready even before any have proven to work. The Bill & Melinda Gates Foundation is also helping purchase potential shots for low-income countries with $100 million for an effort led by nonprofit Gavi, the Vaccine Alliance.

The Microsoft Corp. co-founder stressed the significance of ramping up manufacturing as health officials and world leaders including U.K. Prime Minister Boris Johnson and German Chancellor Angela Merkel meet virtually Thursday in an international vaccine summit. At the top of the agenda is broadening access to potential Covid-19 vaccines, seen as the key to halting the pandemic and restarting seized-up economies.

Access to life-saving vaccines of all kinds is a perennial issue in poor countries, and the pandemic is disrupting routine immunizations globally, putting millions of children at risk of diseases such as diphtheria, measles and polio. Gates’s Seattle-based foundation also committed $1.6 billion to Gavi’s broader work to deliver these standard vaccines.

The pandemic’s economic turmoil has raised the stakes for Covid shots. The worry is that countries will compete for scarce supplies, seeking to protect their own populations at the expense of others, said Richard Hatchett, head of the Coalition for Epidemic Preparedness Innovations, the Oslo-based group working to accelerate experimental inoculations. That scenario would actually result in a worse outcome for everyone, allowing the virus to continue to spread, he said.

“You can’t end a pandemic in a single country,” he said in an interview. “Ending the pandemic as quickly as possible can be achieved only through cooperative behavior and careful allocation.”

Investing in manufacturing and overcoming potential bottlenecks is also a significant focus for Hatchett.

“One of the ways out of the cul-de-sac of vaccine nationalism is having copious supply,” he said. A priority “is making sure our partners have access to manufacturing capacity that, if their vaccines are successful, will allow them to scale as quickly as they possibly can.”

Groups such as CEPI, Gavi and the World Health Organization are leading a push to try to secure and deploy Covid vaccines equitably around the world. AstraZeneca Plc, the U.K. drugmaker working with the University of Oxford on its experimental coronavirus vaccine, has said it’s talking with those groups about allocation and distribution. Moderna Inc., Johnson & Johnson, Merck & Co. and Sanofi are among others developing experimental pandemic shots.

One part of the plan to boost access is a purchasing agreement led by Gavi called an advance market commitment. It’s aimed at giving companies an incentive to invest in manufacturing while making doses available at fair prices. The group estimated it will cost about $2 billion to vaccinate the first target — 20 million health workers — and create a stockpile for the neediest regions.

Gates said that spending would eventually need to climb to at least $10 billion. Immunizing the world could cost tens of billions of dollars, Gavi CEO Seth Berkley said in an interview last month.

While Gavi’s proposed fund aims to raise billions of dollars to pay for increased production capacity, there’s no guarantee that pharmaceutical companies will charge affordable prices, according to Doctors Without Borders.

The costs of some Covid-19 vaccines could end up ranging from about $4 a dose to potentially $15 a dose, Gates said in the briefing. He said he sees about eight experimental vaccine approaches “we think are promising and scalable if they work.”

While the effort will involve making financial commitments to several vaccine programs, “it’s worth it,” Gates said. – Bloomberg