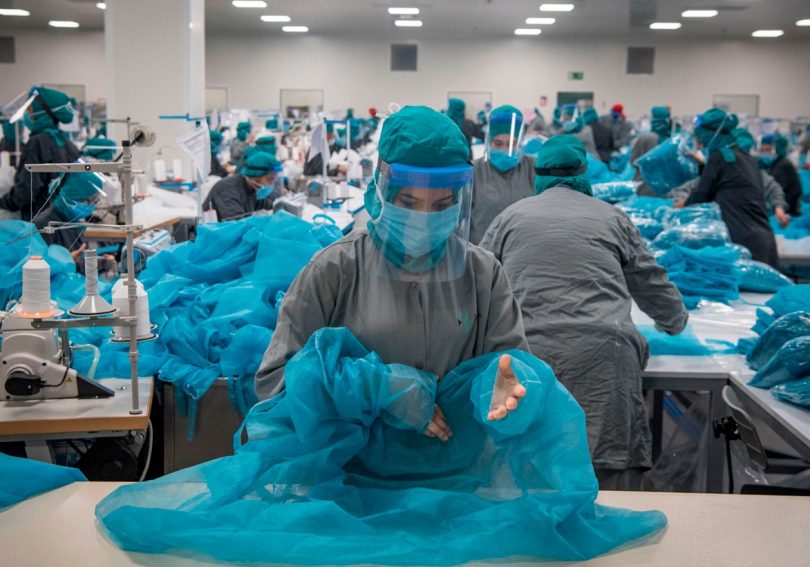 The coronavirus pandemic has provided an object lesson in market failure. As witnessed with the global scramble for personal protective equipment (PPE), ventilators, tests, sanitizer and more, the balance between pricing, supply and demand breaks down during emergencies.

Auctioning scarce resources to the highest bidder becomes unethical — hospitals cannot and should not pay exorbitant prices for life-saving equipment (see ‘Market failure’). Sometimes, the cost that balances supply and demand is unacceptable1. Better ways are needed to price and distribute vital medical resources, including any drugs and vaccines that become available for COVID-19.

Right now, governments should pay as much as they can afford to encourage manufacturers to ramp up production in the short term. They can guarantee orders into the future to support the market2.

They must also learn from other sectors that already have a playbook for emergencies, such as electricity, and those in which ‘as-much-as-the-market-will-bear’ pricing is unacceptable, including food banks to feed the hungry3. In particular, clearing houses and currency tools can rebalance supply and demand and encourage exchange without gouging prices4.

Most electricity markets use a central clearing house. This is an independent operator often run by a non-profit organization and regulated by a utility commission to set prices that continuously match supply and demand. This is a technical necessity for networks of power stations, to keep electricity running smoothly5. When supply falls or demand rises, the clearing house raises energy prices to encourage generators to produce more and consumers to use less. It also has reserves and back-up plans to keep the lights on during a crisis.

For example, in August 2017, Hurricane Harvey damaged more than 200 transmission lines in Texas, dropping 132 centimetres of rain amid winds reaching 212 kilometres per hour and 42,000 lightning strikes. Yet, there were no blackouts. The clearing-house market protocols are explicitly designed to cope with such crises.

Here is how they work. When transmission is interrupted, the price of electricity rises sharply until it reaches a pre-set limit — in Texas, US$9,000 per megawatt hour, about 300 times the typical price. Then an emergency system kicks in. The rules prevent suppliers from influencing the price. Generators are paid fair compensation, sufficient to motivate them to supply as much as possible.

Meanwhile, on the demand side, the price spike encourages consumers to reduce their power use where they can. An aluminium smelter shuts down, a smart-home device pauses the air-conditioner. Falling demand limits the price rise. Reliable electricity supplies are maintained at least cost for consumers.

Although conceptually simple, the details are complex mainly because electricity is not readily stored. The electrical system involves thousands of constraints that must be satisfied at each instant.

A similar system could smooth flows of medical equipment. It could be regional or national, but the bigger the pool, the more effective it can be. For example, a European Union clearing house is preferable to a German one, which is preferable to a Bavarian one. Inventories can be used as buffers, so that supply and demand need not balance exactly. High prices motivate production to ramp up. Yet the distribution in an emergency should be based on society’s priorities and estimates of essential needs, rather than on price. The challenge then becomes how to estimate what each hospital or care home really needs, and when.

This estimation must be based on data — on the dynamics of infections, availability of trained personnel and inventories. These numbers are available in some countries, at least. A computer model would then be run to find the best way to allocate equipment from stockpiles to individual hospitals, to best protect front-line workers in areas hit hardest and to save the most lives. A pop-up pantry in Massachusetts for distributing donated food to families in need.

This model would accommodate fluctuating levels of production and need in the global market, and the timings of peaks in illness in different places. As demand in one hospital falls, resources can be moved to one where demand is predicted to surge, or where supplies are close to running out. It would have to consider many different products. Some go together — people operating a ventilator require PPE. It could be based on existing logistics models, such as those of Amazon or the electricity market.

What is challenging? Getting good input data would be a struggle in many nations. And changing the rules for trading and pricing is difficult in an emergency, when politicians, crisis managers and first responders are scrambling to meet urgent requests for equipment. The clearing house will not have the authority to dictate hospital allocations — governments, agencies and providers set resource levels — but it would provide a public anchor for a transparent and sensible distribution. Deviations from the protocol’s recommendation would have to be justified.

Some clearing houses have already sprung up to distribute COVID-19 medical supplies. GetUsPPE and ProjectN95, for instance, collect information about demand and supply of medical masks, gowns and gloves and facilitate matches between many buyers, sellers and donors in the United States. This is only a first step. Allocation is not optimized, and price gouging is not prevented.

More is possible. As well as recommending allocations, the clearing house can incentivize hospitals to exchange equipment. Food banks offer an analogy.

Every year, manufacturers across the United States donate millions of tins and packets to the non-profit organization Feeding America, which must decide how to share the food between regional food banks. Again, the challenge is to know what is required in each location, avoiding excesses and shortages. One food bank might need more apples, another more milk. And some food banks might get more donations from local manufacturers than others.

Charging money for donated food is unacceptable. So, in 2005, Feeding America adopted a specialized currency that works only in the food-bank economy. The charity gives each food bank a certain amount, in proportion to the number of people it serves. Each food bank can then buy and sell items through an online clearing house, which Feeding America runs. As with real money, a high price for apples, say, encourages those with a glut to sell them, or others to pull in more donations, benefiting the whole pool.

Such currencies are used elsewhere and have a long history. For example, some universities give students a virtual budget of points that they can use to bid for oversubscribed courses6.

Similarly, a medical clearing house could establish a specialized currency to help distribute life-saving resources. Each hospital or provider would get a budget that is proportional to its estimated needs. They would buy and sell supplies through the clearing house. The prospect of earning medical money would motivate hospitals to release spare supplies; donors and brokers might generate more. The prices themselves would also give hospitals and governments a better idea of which items are scarce and where, which would help in improving resource levels and distribution overall.

Such a market could be extended to allow secondary buyers to participate, including schools and companies that need PPE for students, teachers and employees. These would trade in real money and so could attract extra supply from manufacturers. The protocol could be coded to ensure that secondary trading always leaves hospitals better off. There are challenges. A specialized currency adds an extra layer of complexity. In its simplest form, medical currency could ignore such features as borrowing, savings and exchange with regular currency, but this is probably not ideal. Rules mitigating market manipulation would be needed, for example, to prevent the sale of goods purchased with medical currency to private parties.

We recommend that governments use these and other proven market approaches to retool their medical supply system to cope in emergencies. The system we outline could be introduced within months in an innovative jurisdiction that is rich in networked real-time data. It could be up and running for a second wave of infections later in 2020, or to address distribution of a vaccine.

The first step is establishing a clearing house to coordinate. As in electricity, this should be run by an independent, non-profit market operator and have authority only to manage pricing and allocation, with controls to prevent corruption and to support trust. Transparency, principled rules and independent monitoring are essential, as in all markets.

The clearing house’s first job should be to provide dynamic estimates of medical-equipment needs and plans for distributing supplies throughout the crisis. The underlying data exist in hospital and social-care records in a subset of nations. Yet few governments have pulled everything together; now they should.

Second, jurisdictions should establish a medical currency for use during emergencies. The clearing house would manage it. To promote efficient exchange, the jurisdictional scope of the currency should be as broad as possible, ideally including many cooperating countries — such as across Europe.

Third, governments should sponsor a medical-supplies marketplace. This would operate freely in normal times, but shift to an emergency pricing system seamlessly during a crisis. Real-money exchanges should continue in normal times, switching to specialized currency when prices surge. Governments have learnt the hard way that national and local reserves for future emergencies must not be neglected — just as electricity markets set aside extra capacity to mitigate shortages.

Fourth, countries should come together and strive for a distribution of life-saving supplies that is both fairer and more effective globally. National health organizations, such as the US Centers for Disease Control and Prevention, or governmental agencies should design and implement a platform for coordinating the distribution of medical supplies during shortage both between and within nations.

The market design and platform implementation could be done for a generic jurisdiction and be made available to all. Despite the variety of health systems, all countries are facing the same virus and require the same best practices with respect to PPE use. The tools that are effective in getting medical supplies where they are needed most are the same across jurisdictions.

SARS-CoV-2 could be with us for years. Like rolling power cuts, some shortages will be unavoidable. But action now will limit their frequency and severity. There will be more waves and mutations, new tests and vaccines, another pathogen that spurs another pandemic. We must be prepared to do better.