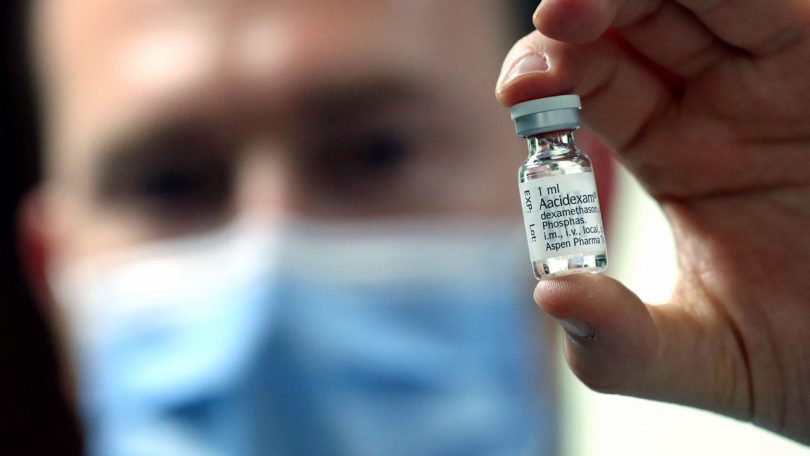 After months of dire news about the spread of the novel coronavirus and a mounting global death toll, a glimmer of hope arrived today: Researchers announced that dexamethasone, a cheap, widely available corticosteroid, significantly reduced deaths of severely sick COVID-19 patients in a major clinical trial. Although full trial data have not yet been released, several outside commentators hailed the result as a “breakthrough.”

“These are really surprising, but really very convincing results,” says Martin Landray of the University of Oxford, one of the principle investigators of the Recovery trial in the United Kingdom that evaluated the steroid. If they hold up, adds Devi Sridhar, an expert on global public health at the University of Edinburgh, they could be a game-changer for critical patients, as the drugs are accessible even in lower income countries.

The Recovery trial, one of the biggest efforts to evaluate whether existing drugs can treat COVID-19, included 2104 patients given a relatively low dose of 6 milligrams of dexamethasone for 10 days. When their outcomes were compared with those of 4321 patients receiving standard care, the steroid reduced deaths by one-third in patients already on ventilators and by one-fifth in patients receiving supplemental oxygen in other ways, Recovery researchers announced in a press release. They did not find any benefit in patients not receiving respiratory support.

Dexamethasone’s effect is seemingly much stronger than that of remdesivir, the only other drug so far shown to help COVID-19 patients in a randomized clinical trial. That antiviral reduced the number of days critical patients were hospitalized, but it did not clearly reduce deaths.

Tedros Adhanom Ghebreyesus, director-general of the World Health Organization (WHO), hailed the dexamethasone results as “great news” given it’s the first COVID-19 drug that has clearly proved to reduce mortality. “The results are pretty remarkable for severely ill patients,” adds Nahid Bhadelia, a physician at Boston Medical Center. “I can see ICU [intensive care unit] physicians being more likely to provide steroids in the critically ill who are mechanically ventilated and who are not improving from other interventions based on these results.”

But she and others expressed disappointment that the Recovery team did not release additional information. “More detailed data would help us identify which subset of COVID-19 patients would benefit from steroids,” Bhadelia says.

Landray acknowledges the criticism. “I fully understand why scientists want to see the details. I’m a scientist, I want to see the details.” But with thousands of people dying of COVID-19 every day, it was important to get the basic message out first, he says. “There is this tension between having the final details and the final decimal points nailed down, and having what is actually a clear-cut and practical message in the public domain.”

Recovery is evaluating several experimental COVID-19 therapies, including the HIV drug combination Kaletra, convalescent plasma, and the controversial antimalarial drug hydroxychloroquine. When researchers found 2 weeks ago that hydroxychloroquine did not improve patient outcomes, they stopped that arm of the trial. In the other arms, Landray says, they stuck to their plan to wait until 2000 patients had received a treatment and 4000 patients had enrolled in a control arm, because that would provide a 90% chance of picking up a reduction in deaths of about 18%. Dexamethasone was the first drug to reach the milestone, so the researchers stopped its arm on 8 June and began to look at the data.

“The decimal points might change a bit when we tidy things up, but we’ve got to a point where the message will not change,” Landray says, adding that Recovery hopes to make public the full data within about 10 days. If the findings hold up under scrutiny, it would mean that treating eight ventilated patients with dexamethasone would save one life. “That is a big effect,” says Ashish Jha, a global health expert at Harvard University’s T.H. Chan School of Public Health who is eager to see the data.

The United Kingdom’s National Health Service has already announced its standard care for COVID-19 patients will now include dexamethasone. “It’s very, very rare that you announce results at lunchtime, and it becomes policy and practice by tea time, and probably starts to save lives by the weekend,” Landray says.

Although much of the early hope for COVID-19 treatment focused on drugs that might directly attack the virus (like remdesivir and hydroxychloroquine), there has also been considerable debate about medicines that dampen the immune system, like dexamethasone. In its fight against the virus, the body’s defenses can overreact, eventually breaking down the thin barrier between the insides of the lungs and the surrounding tissue. That causes the lungs to fill up with liquid and triggers acute respiratory distress syndrome (ARDS) in which patients can end up essentially drowning in their own liquid.

But reducing the immune response through steroids could also hobble the body’s fight against the new coronavirus or secondary infections, Bhadelia says. For this reason, the guidelines of WHO and the U.S. National Institutes of Health have so far recommended against using steroids in COVID-19 patients, she points out.

Doctors have used steroids to treat viral pneumonias in the past, including those caused by the severe acute respiratory syndrome virus or H1N1 influenza, says Wei Shen Lim, a respiratory physician at Nottingham University Hospital. But there were no randomized clinical trials with those viruses and available data were hard to interpret.

A Cochrane review looking at the data from H1N1 patients, co-written by Lim, found that patients treated with corticosteroids had a higher risk of dying. But that might be explained by the fact that sicker patients were more likely to receive steroids, Lim says. “Before the Recovery trial, I was neither an advocate for or an opponent of steroids,” he says. “You couldn’t be sure.” To get a clearer answer, Lim designed a trial to evaluate steroids in viral pneumonias in the case of another pandemic. When COVID-19 emerged, that was integrated into the Recovery trial as one arm, using dexamethasone.

In places like Spain, dexamethasone has already been widely used against COVID-19. Carlos Ferrando, an anesthesiologist at the Hospital Clinic of Barcelona, was one of the authors on a paper published in Lancet Respiratory Medicine on 7 February that showed the steroid reduced mortality in non–COVID-19 patients with ARDS. When COVID-19 patients started to show up in Spanish hospitals, Ferrando started a randomized clinical trial to test dexamethasone, but recruitment into the placebo group was slow because most patients were given the steroid, he says. Ferrando is now analyzing data from thousands of patients in Spanish ICUs, about 80% of whom received steroids, he says. “It seems like we have a signal that those corticoids decrease mortality, but we need to finalize the analysis.”

Sridhar says the positive result of the Recovery trial also holds an important lesson for the debate about how best to initially respond to a pandemic like this: that delaying the spread of a pathogen, through temporary stay at home orders or other measures, can give people infected later in a pandemic a better chance of surviving. “It shows the value of buying time for science to deliver, and indicates that with time, more and more findings will come to light that help doctors manage COVID-19 patients with better clinical outcomes.”

But even if steroids reduce mortality, they do not solve the problem of COVID-19 patients potentially overwhelming a health care system, Sridhar cautions. That’s because the drug can help treat patients who are already sick, but not prevent the illness in the first place. “The real game-changer will be a drug that prevents people going from mild symptoms to a severe state, and a vaccine.”