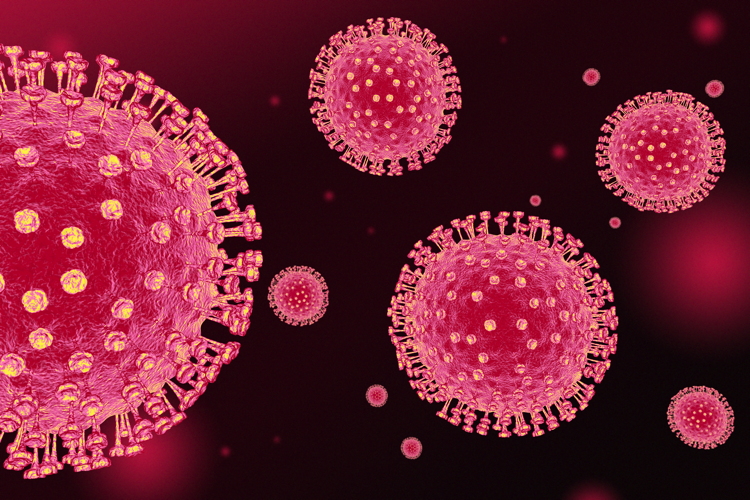 A rise in coronavirus cases is spurring leaders in some cities and states to delay reopening additional businesses and warn that a return to stricter shutdown orders is possible should cases continue to climb.

White House guidelines for reopening called for states to reevaluate after each phase and move backward if the virus spreads. Nationwide, few officials have publicly done so, and states with rapidly increasing caseloads and hospitalizations are moving forward with reopening amid political and economic pressure to return to normal. Increased testing in some states has contributed to the uptick.

But officials in North Carolina, Oregon, Tennessee and Texas — all states with recent record highs — are now proceeding with increased caution. Some local officials are doing so in direct conflict with the governor.

“We are seeing outbreaks in communities all around the state,” Oregon Gov. Kate Brown (D) said at a news conference Friday, explaining her decision to pause reopening for a week. “My job . . . is to make tough decisions even when they are unpopular.”

Brown sidestepped a question about whether the state might impose new restrictions. Instead, Oregon Health Authority Director Pat Allen called the decision “a reminder, not a rollback.”

He said that if the state wants to move forward with reopening businesses, residents will have to practice social distancing and work with contact tracers to stop outbreaks. More than 5,300 Oregonians have tested positive for the coronavirus and 173 have died.

In North Carolina, Health and Human Services Secretary Mandy Cohen said a rise in cases has accelerated in the past two weeks. More than 41,000 people have tested positive for the coronavirus and 1,092 have died. North Carolina reported its largest single-day record for coronavirus cases Friday.

Cohen told NPR on Thursday that if cases and hospitalizations keep rising, the state could go back to a stay-at-home order lifted last month.

“We’ve been at this a long time and people are weary of covid. They’re kind of over it,” she told The Washington Post. “But unfortunately for us in North Carolina, this is our first wave. The virus is still here.”

Cohen wanted residents to understand they had the power to keep a rollback from happening, with hygiene, mask wearing and social distancing: “We want to keep reigniting the economy. We want to keep things open. But we have to do the tried-and-true things that will allow us to move forward.”

Amir Jahangir, chairman of the city’s coronavirus task force, said that testing, hospital capacity and mortality metrics were stable but that the number of cases are rising.

“What we wanted to do is pump the brakes a little,” he said. “We’re not just jumping the gun and doing what everyone is trying to do, ‘Open, open, open.’ We’re looking at the science and the data.”

Nashville “is not an island,” he noted, and cases are also on the rise across Tennessee, where more than 29,000 residents have tested positive for the virus and 468 have died.

In most counties, nearly all businesses have been allowed to reopen with spacing restrictions, and nursing homes will be allowed to have visitors next week. State officials said they have been expecting cases to increase as restrictions are loosened.

“As more businesses reopened and more individuals left their homes more frequently, we expected to see a rise in cases and hospitalizations,” said Dean Flener, spokesman for the state’s coronavirus response group. “Thus far the rise is manageable and the rates of transmission and positivity have been relatively stable.”

In cities across Texas, cases are rising but local leaders are unable to enforce stricter policies than the state, which on Friday allowed most businesses to reopen at half capacity or more. Cases have been rising in the state’s large cities, including Austin and Dallas, where officials have voiced their opposition to the pace of the state’s reopening.

Officials in Houston said the city stands on the “precipice of disaster” as cases mount in the nation’s fourth-largest city.

“I want the reopening to be successful. I want the economy to be resilient,” Harris County Judge Lina Hidalgo said at a news conference Thursday. “. . . If we get to that precipice of a disaster, we will not be in a position to reopen successfully.”

Texas state Rep. Armando Walle, Harris County’s recovery czar, is concerned by an increase in hospitalizations. Hidalgo issued an order in April mandating mask use in Harris County with penalties if it was not followed. It was superseded by Gov. Greg Abbott’s statewide reopening orders, which said the use of masks is encouraged but not required.

Nearly 16,000 Harris County residents have tested positive for the coronavirus and 267 have died. Statewide, there have been more than 83,000 cases and 1,939 deaths.

Abbott (R) said Friday that while there are hot spots, the state “has not turned into a disaster zone or anything like that.”

Other states have also been speeding through reopening phases. In Georgia, where the case load has never consistently declined, Gov. Brian Kemp (R) on Thursday lifted limits on movie theater and restaurant capacity and allowed conventions and live performances to resume.

In Arkansas, Gov. Asa Hutchinson (R) delayed further reopening for over a month as cases continued to climb. But this week, with that rise unabated, he said the state could wait no longer.

Florida has also pushed forward with reopening amid rising cases, as has California, where Gov. Gavin Newsom (D) said an increase was expected as the economy reopens.

Caitlin Rivers, an epidemiologist at the Johns Hopkins Center for Health Security, said it makes sense to pause or reimpose restrictions back as cases go up.

“For places that don’t feel they have the capacity to get ahead of their outbreak,” she said, “I think they should consider taking a step back and closing some activities.”

Other countries, she noted, had driven down transmission rather than simply tolerating a steady caseload, and the result has been more personal freedom and more economic confidence. But she said she understood why that was a challenging proposition.

“Politically, it is harder to go back,” she said.