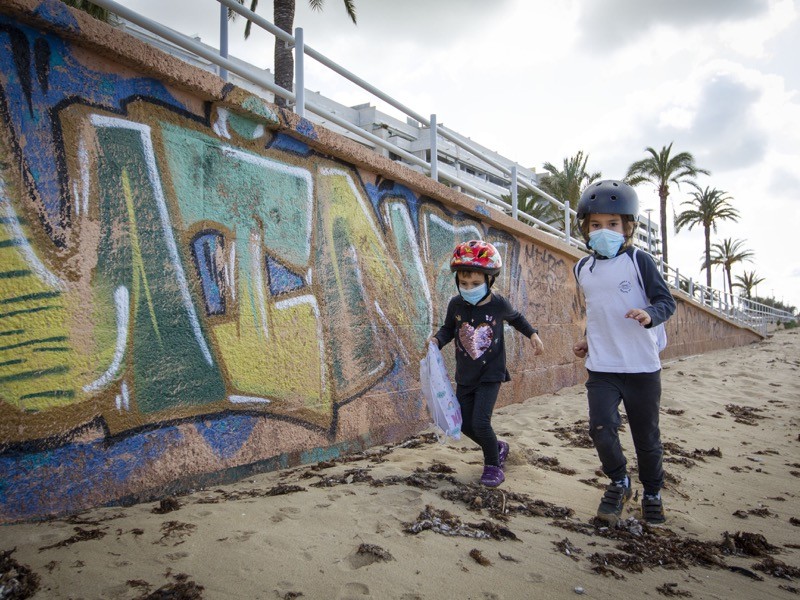 Evidence is mounting that healthy blood vessels protect children from serious effects of COVID-19, such as stroke.

Since the coronavirus outbreak began, scientists have been trying to work out why children are much less likely than adults to experience severe complications from the infection. Now research suggests that the answer might lie in children’s healthy blood vessels.

Children make up only a small proportion of those infected by SARS-CoV-2, the virus that causes COVID-19. A large survey by the US Centers for Disease Control and Prevention in Atlanta, Georgia, found that children aged 17 and under, who make up 22% of the US population, account for fewer than 2% of confirmed COVID-19 infections across the United States. And, of 2,572 children included in the survey, only 5.7% went to hospital and only three died.

Several theories have been proposed to explain why children aren’t getting so ill. These include the possibility that they have a stronger and more effective initial immune response to the virus than adults do, and that they might have some immunity from recent exposure to similar viruses. But a growing number of researchers think that the difference between adults and children might be the condition of their blood vessels.

Many adults with serious COVID-19 experience clotting in their blood vessels, which leads to heart attacks or strokes. The clotting seems to be linked to a malfunctioning endothelium, the smooth tissue that lines blood vessels and normally prevents clotting, says Frank Ruschitzka, a cardiologist at the University Hospital Zurich in Switzerland. Normally, blood clots form only to stop bleeding from an injury, but if the endothelium is damaged, clots can also form.

Ruschitzka and colleagues have found that SARS-CoV-2 can infect endothelial cells, which are found throughout the body. In a study of three people with COVID-19, two of whom died, Ruschitzka’s team found that SARS-CoV-2 had infected the patient’s endothelium and caused inflammation and signs of clotting 1. The study was small so such complications will need to be investigated further, but problems with the endothelium seem to be involved in most cases of COVID-19 that progress to severe or fatal disease in adults, he says.

This theory could also explain why people with conditions that compromise the endothelium, such as diabetes and hypertension, are at a greater risk of serious COVID-19, says Marcel Levi, a haematologist at University College Hospital in London.

Endothelium is typically in much better condition in children than adults. “A kid’s endothelium is set up perfectly and then just deteriorates with age,” says Paul Monagle, a paediatric haematologist at the Melbourne Children’s Campus.

Monagle and others think that children’s blood vessels are able to withstand a viral attack than adults. Further support for this theory is the observation that few children with COVID-19 present with excessive clotting and damaged vessels, he says.

Monagle is trying to understand what happens when the virus enters endothelial cells. He thinks it likely disrupts communication between the cells, the platelets and plasma components involved in clotting, and that this communication breakdown leads to excess clots forming.

He has launched two experiments to try to better understand this mechanism and see whether there is something protective about kids’ blood vessels that makes them less likely to produce excess clots in response to viral infection. In the first experiment, his team will try to recreate conditions inside the blood vessels of children and adults in the lab. They will take cultured endothelial cells infected with SARS-CoV-2 and bathe them in plasma from three sources — children, healthy adults, and adults with vascular disease. By comparing how the infected cells interact with the three different types of plasma, they should be able to see what makes the signalling in the vessels go awry.

Monagle hopes that studying samples from children will offer clues about what’s going wrong in some adults. “If we understand what happens to children, we could tweak adults to make them more child-like,” he says.

In a second experiment, the team will analyse plasma from children and adults with COVID-19, which contains proteins released by damaged endothelial cells, to identify possible markers of disease.