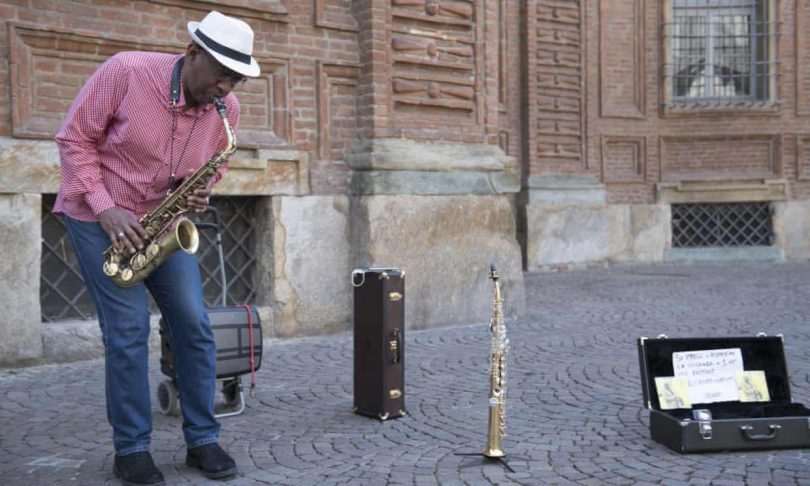 From Italy to Madagascar, funding is in place to try to preserve the arts sector by supporting actors, musicians and other cultural workers

Cultural recovery programmes amounting to billions of dollars have been established across the globe to shore up theatres, festivals and other arts institutions against economic ruin. Although some advocates believe the arts industry can be rejuvenated by interventions in a post-pandemic world, others say they will not prevent a devastating mass exodus.

When Italians warmed the hearts of people around the world with spontaneous musical performances from their balconies in the days after lockdown was imposed, they served to reinforce just how important the cultural sector is in Italy, contributing both to people’s wellbeing and the economy.

“Music represented a way to overcome the fear, difficulty and solitude,” said Domenico Barbuto, the director general of AGIS, an association that represents companies in the Italian entertainment sector. “But it was also about recalling just how vibrant this country is at a cultural level.”

The Italian government took note. A €245m (£220m) fund was established to sustain companies and workers in the world of performing arts during the lockdown. “This definitely helped the sector during the closure,” added Barbuto.

But the speed with which the industry now picks up will depend on how confident Italian audiences feel about returning. “There is a lot of fear regarding the relaunch, and we don’t know yet how audiences will respond,” said Barbuto.

The German government has responded by pledging €1bn – around half its usual annual culture budget – to a fund supporting theatres, museums and other organisations to “open their doors again as soon as possible after the forced break”, according to the culture minister Monika Grütters. Securing Germany’s cultural infrastructure “is the key to creating work opportunities for artists and creative heads throughout the country,” she added.

Although the fund appears generous by international standards, several cultural figureheads said it fell short of what will be needed to prop up an industry which employs around 1.7 million people and generates an estimated annual turnover of €170bn. The struggling national air carrier, Lufthansa, is to receive nine times as much (€9bn) in state support despite its decision to cut 22,000 jobs.

The intermittent du spectacle regime, designed to protect arts workers between short-term contracts, guarantees them a monthly payout providing they work at least 500 hours for a recognised arts employer over a 12-month period and helps sustain an industry that employs 1.3 million people across France.

Among other measures, Macron also announced a special support fund of €7bn to reimburse cancelled shows and film shoots as well as to support festivals and small arts businesses, and unveiled an extra €50m of financial backing for the music industry.

The federal government in Canada responded to a petition by 65 prominent art institutions and organisations with a C$500m (£300m) rescue fund for culture, art and sport to counteract the devastating effects of the crisis. “We need our artists to continue to make us dream, particularly in dark times,” said the prime minister, Justin Trudeau.

One of the first countries to emerge from the initial stages of the health crisis, New Zealand has launched a NZD$175m (£90m) programme to support the arts and music sectors, which employ around 90,000 people and are slowly starting to take the first steps back to normality.

“A healthy cultural sector has many positive flow-on effects for other important parts of our economy, such as technical production, hospitality, venues and domestic tourism,” Jacinda Ardern, the prime minister, said. It includes measures to help 2,000 creatives find “sustainable work” and directly supports contemporary pop music, which has been hit particularly hard.

Claire Mabey, the director of Verb Wellington, which runs arts events in the capital, said the support package was “incredibly reassuring and frankly moving”, adding: “Artists and access to the arts will contribute hugely to the regeneration that will take place over the coming months and years as we process the events of 2020.”

In Madagascar, one of the poorest countries in the world, the ministry of culture resorted to helping artists hit by the crisis by distributing bags of rice to them, while in South Africa, the most developed country in sub-Saharan Africa, the government has allocated around £7m to provide relief to artists and others working in the cultural sector. The country has also launched a massive package of grants to boost the flagging economy, for which many artists, or small companies working in the cultural sector qualify.

More than 100 African intellectuals wrote an open letter to the continent’s leaders in April, asking that they seized the opportunity of the Covid-19 crisis to restore Africa’s “intellectual freedom and … capacity to create”.

In Ireland, a €20m “stabilisation” artist fund has been proposed by the government. But the fund, as well as the support offered to them during the downturn has been described as “insufficient” and “narrow” by several cultural leaders. Angela Dorgan, chair of the National Campaign for the Arts (NCFA), has warned of an “exodus” from the arts. “There are harrowing stories of people leaving bands, leaving theatres,” she said.

However, she added that many artists had been saved by qualifying for pandemic unemployment payments and the NCFA was hopeful the proposed funding would be realised.

The culture minister, José Manuel Rodríguez Uribes, said that if the country had learned anything during the crisis “it’s that we need to work together to consolidate the importance of cultural policy in the European agenda”. He has called for it to be brought into line with strategic priorities “such as the European Green Deal and the European Digital Agenda so that no one gets left behind”.

Last month he unveiled a €76m package designed to protect what he called “one of our country’s essential sectors”, as well as extending credits and specialist financing worth up to €780m to help beleaguered cultural businesses.

Although Greece managed to keep its numbers of coronavirus cases low, its artists did not escape the economic devastation felt elsewhere. About 2,000 artists, including actors, musicians, composers and puppeteers took to the streets last month to protest against being excluded from emergency state funding for furloughed employees.