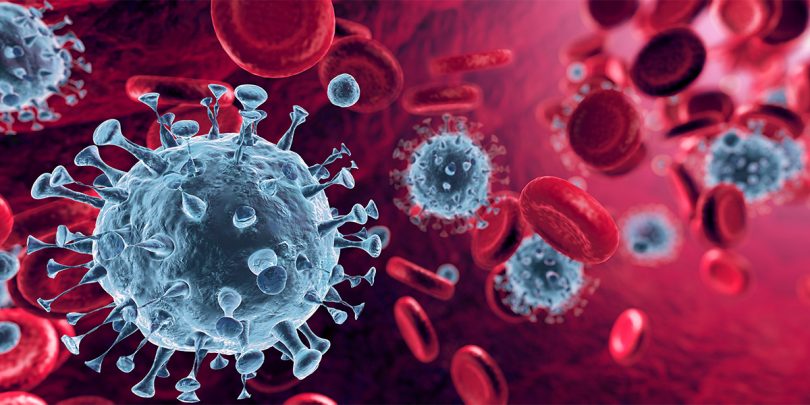 COVID-19 is cutting a jarring and unequal path across the U.S. The disease is disproportionately killing people of color, particularly Black Americans, who have been dying at more than twice the rate of white people. In some places—Washington, D.C., Kansas, Wisconsin, Michigan and Missouri—the death rate is four to six times higher among Black people. Infection data are less reliable and less complete than information on mortality. Yet here, too, the discrepancies appear to be stark.

The reason for these disparities is not biological but is the result of the deep-rooted and pervasive impacts of racism, says epidemiologist and family physician Camara Phyllis Jones. Racism, she argues, has led people of color to be more exposed and less protected from the virus and has burdened them with chronic diseases. For 14 years Jones worked at the Centers for Disease Control and Prevention as a medical officer and director of research on health inequities. As president of the American Public Health Association in 2016, she led a campaign to explicitly name racism as a direct threat to public health. She is currently a fellow at Harvard University’s Radcliffe Institute for Advanced Study and is writing a book about addressing racism.

As the country confronts the unequal impact of COVID-19 and reels from the killing of George Floyd and the ongoing legacy of racial injustice it represents, Jones spoke with contributing editor Claudia Wallis about the ways that discrimination has shaped the suffering produced by the pandemic.

Along with age, male gender and certain chronic conditions, race appears to be a risk factor for a severe outcome from COVID-19. Why is that?
Race doesn’t put you at higher risk. Racism puts you at higher risk. It does so through two mechanisms: People of color are more infected because we are more exposed and less protected. Then, once infected, we are more likely to die because we carry a greater burden of chronic diseases from living in disinvested communities with poor food options [and] poisoned air and because we have less access to health care.

Why do you say Black, brown and indigenous people are more exposed?
We are more exposed because of the kinds of jobs that we have: the frontline jobs of home health aids, postal workers, warehouse workers, meat packers, hospital orderlies. And those frontline jobs—which, for a long time, have been invisibilized and undervalued in terms of the pay—are now being categorized as essential work. The overrepresentation [of people of color] in these jobs doesn’t just so happen. (Nothing differential by race just so happens.) It is tied to residential and educational segregation in this country.  If you have a poor neighborhood, then you’ll have poorly funded schools, which often results in poor education outcomes and another generation lost. When you have poor educational outcomes, you have limited employment opportunities.

We are also more exposed because we are overrepresented in prisons and jails—jails where people are often financial detainees because they can’t make bail. And brown people are more exposed in immigration detention centers. We are also more likely to be unhoused—with no access to water to wash our hands—or to live in smaller, more cramped quarters in more densely populated neighborhoods. You’re in a one–bedroom apartment with five people living there, and one is your grandmother, and you can’t safely isolate from family members who are frontline workers.

You’ve noted that once infected, people of color are more likely to have a poor outcome or die. Could you break down the reasons?
This has two buckets: First, we are more burdened with chronic diseases. Black people have 60 percent more diabetes and 40 percent more hypertension. That’s not because we are not interested in health but because of the context of our lives. We are living in unhealthier places without the food choices we need: no grocery stores, so-called food deserts and what some people describe as “fast-food swamps.” More polluted air, no place to exercise safely, toxic dump sites—all of these things go into communities that have been disempowered. That’s why we have more diseases, not because we don’t want to be healthy. We very much want to be healthy. It’s because of the burdens that racism has put on our bodies.

What is the second bucket that raises risks from COVID-19?
Health care. Even from the beginning, it was hard for Black folks to get tested because of where testing sites were initially located. They were in more affluent neighborhoods—or there was drive-through testing. What if you don’t have a car? And there was the need to have a physician’s order to get a test. We heard about people who were symptomatic and presented at emergency departments but were sent back home without getting a test. A lot of people died at home without ever having a confirmed diagnosis. So even though we know we are overrepresented, we may have been undercounted.

Once you get into the hospital, there’s a whole spectrum of scarce resources, so different states and hospital systems had what they called “crisis standards of care.” In Massachusetts, they were very careful to say that you cannot use race or language or zip code to discriminate [on who gets a ventilator]. But you could use expected [long-term] survival. Then the question was: Do you have these preexisting conditions? This was going to systematically put Black and brown people at a lower priority or even disqualify them from access to these life-saving therapies.

What can be done to better protect people of color?
We need more PPE for all frontline workers; we need to value all of those lives. We need to offer hazard pay and something like conscientious objector status for frontline workers who feel it is too dangerous to go back into the poultry or meatpacking plant. We know that there are communities at higher risk, and we need to be doing more testing there.

Several states do not report racial and ethnic data on COVID-19 cases. Why is that a problem?
States should be reporting their data disaggregated by race, especially now that we know that Black and brown and indigenous folks are at higher risk of being infected and then dying. It’s not just to document it, not just to alarm or to arm some people with a false sense of security. It’s because we need to provide resources according to need: health care resources, testing resources and prevention types of resources.

When we first spoke on May 14, George Floyd was still alive and well in Minneapolis. In the wake of his killing and the public response, at the same time as the pandemic, do you see an opportunity for meaningful change?
The outrage is encouraging, because it has been expressed by folks from all parts of our population. The protests are effective mixing bowls for the virus. But at least they are not frivolous mixing bowls like pool parties. Participants in the protests are thinking not just about their individual health and well-being but about the collective power that they have now to possibly make things better for their children and grandchildren. This is both a treacherous time and a time of great promise.

Racism is a system of structuring opportunity and assigning value based on the social interpretation of how one looks (which is what we call “race”) that unfairly disadvantages some individuals and communities, unfairly advantages other individuals and communities, and saps the strength of the whole society through the waste of human resources. Perhaps this nation is awakening to the realization that racism does indeed hurt us all.