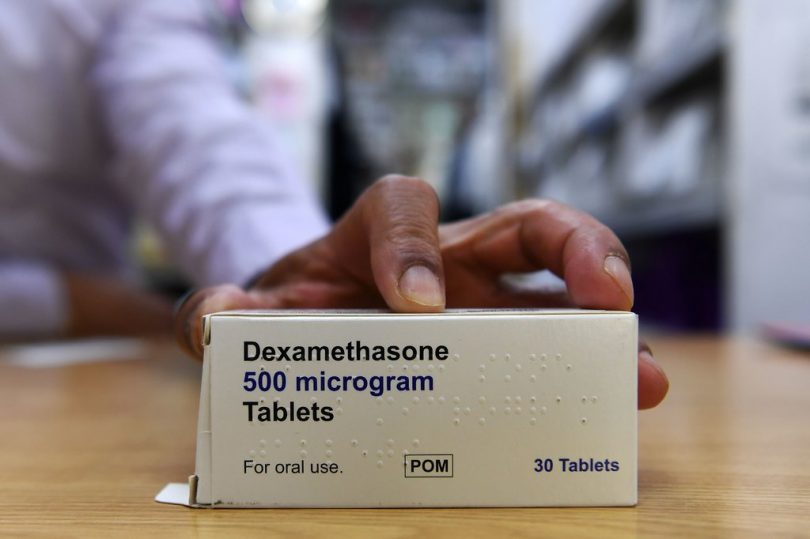 That study about dexamethasone has arrived with a big asterisk: While it appears to help severely ill patients, it harms others.

Scientists in Britain announced a major breakthrough in the battle against the coronavirus last week, reporting they had found the first drug to reduce deaths among critically ill Covid-19 patients.

The results were first made public in a sparsely detailed news release. Now the full study, neither peer reviewed nor published yet, has been posted online, and it holds a surprise.

The drug — a cheap, widely available steroid called dexamethasone — does seem to help patients in dire straits, the data suggest. But it also may be risky for patients with milder illness, and the timing of the treatment is critical.

The drug “may harm some patients, and we’re not entirely sure which patients those are,” said Dr. Samuel Brown, an assistant professor of pulmonary and critical care medicine at University of Utah School of Medicine in Salt Lake City, who was not involved in the research.

Following the announcement last week, officials at some American hospitals said that they would begin to treat coronavirus patients with dexamethasone, and the World Health Organization called for accelerating production to ensure an adequate supply. U.K. health officials moved to limit exports of the steroid.

The drug was tested in a clinical trial that included some 6,425 patients in Britain. One-third were randomly assigned to receive the drug, while the others received the usual care. Patients in the first group received a very low dose of the drug, given daily for up to 10 days.

Dexamethasone was beneficial for those who had been sick for more than a week, reducing deaths by one-third among patients on mechanical ventilators and by one-fifth among patients receiving supplemental oxygen by other means.

Patients given the steroid who were not receiving respiratory support, however, actually died at a slightly higher rate than similar patients who were not given the drug, although the difference was not statistically significant.

That the drug might have disparate effects at different stages of the disease makes sense, given the biology of the illness, according to Dr. Martin J. Landray, the study’s senior author and a professor of medicine and epidemiology at Oxford University.

In the most severely ill patients, the immune system flies into a harmful overdrive mode, triggering a so-called cytokine storm that damages the body, including the lungs.

“It’s almost like a disease with two phases,” Dr. Landray said in an interview. “A phase where the virus dominates, and the immunological phase, where the damage the immune system causes is dominant.”

Doctors have worried about using steroids such as dexamethasone to fight Covid-19, because steroids are anti-inflammatory drugs that dampen the body’s protective immune response. In mildly ill patients, that may do more harm than good, Dr. Landray said.

“In the early phase of the illness, the immune system is your friend,” Dr. Landray said. “It’s fighting the virus, and dampening it is not a good idea.”

“In the later phase, the immune system is no longer your friend — it’s responsible for the lungs failing, and dampening it down with steroids helps the situation and improves the chance of survival.”

Other experts agreed, saying the study showed dexamethasone cannot be used to treat mild illness, or as a preventive.

“It would likely be harmful to take dexamethasone as an outpatient treatment for Covid-19,” said Dr. Brown. Patients with mild infections “should not be trying to get people to prescribe them dexamethasone just in case.”

Many scientists want to see the trial results repeated in another study, and note that some questions aren’t fully answered in the paper, including information about long-term outcomes and neurological damage.

“If a reasonable fraction of patients are recovering in a way that’s satisfactory and welcome, what you have is a gigantic victory,” said Dr. Jeremy Faust, an emergency room physician at Brigham and Women’s Hospital in Boston.

Generally, however, patients who have spent a long time on ventilators “have a rough road ahead,” he added, even if dexamethasone improves their odds of survival.