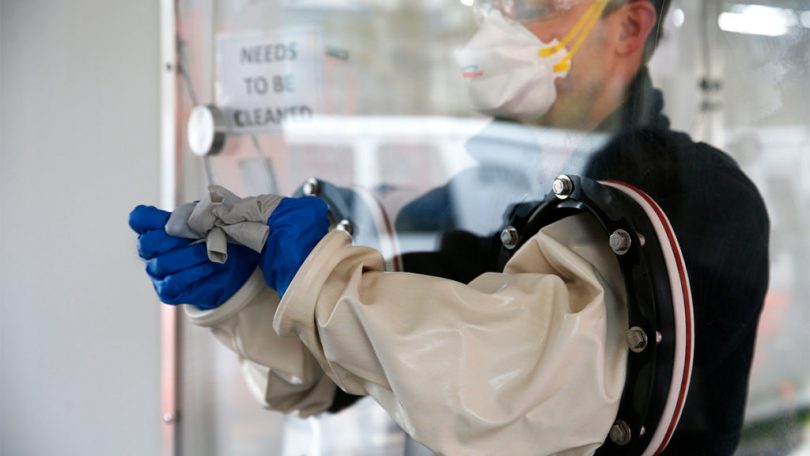 Here’s a surprising fact: The death rate from Covid-19 has been 100 to 1,000 times higher in the U.S. and Europe than in parts of Asia and Africa. At the time of writing, Vietnam, with 95 million people and 1/20th of America’s per-capita income, has had zero Covid-19 deaths, even though it borders China and is economically intertwined with it. Death rates per million people in Hong Kong, Singapore, South Korea, Taiwan, and Thailand, and African countries including Ethiopia, Rwanda, Sierra Leone, and Uganda are in the single digits; in Europe and the U.S., they are in the triple digits.

It’s not that the Asian and African countries mentioned enjoy more favorable climate, demography, geography, population density, or political systems. And most of them have lower incomes than the U.S. But they have one important thing in common that may have had an impact on their fight against Covid-19: They’ve had more experience tackling epidemics, be it SARS, MERS, swine flu, HIV, Ebola, cholera, or tuberculosis. When Covid-19 broke, these countries quickly repurposed their public health systems and protocols to fight the latest threat. Citizens and policymakers were familiar with the drill. Meanwhile, the U.S. and Europe have struggled — but solutions for them may lie in part in thoughtful adoption of innovation from often less wealthy countries.

Reverse innovation describes the process in which highly developed countries in the “Triad” region — that is, North America, Western Europe, and Japan — borrow innovations from relatively less developed or less wealthy countries outside the bloc. In the fight against Covid-19, for instance, the U.S. may be able to borrow relatively simple innovations from Asia and Africa in areas such as testing, contact tracing, or quarantining. Covid-19 will be around for a while, with flare-ups likely as the U.S. economy reopens and flu season arrives. Moreover, there will surely be other pandemics in the future. Learning from other counties, including developing nations, should be an important part of the U.S. strategy.

The good news is that some U.S. organizations are already borrowing ideas from outside to fight Covid-19. Here are two examples from Massachusetts.

Hospitals everywhere wrestle with the challenge of testing people for Covid-19 without endangering medical staff and bystanders. One innovation, generally attributed to South Korea, is to use drive-through sites in which people are tested while still in their cars. This simple idea has already diffused widely across the U.S., and companies like Walmart and Walgreens are joining the trend.

But Mass General Hospital (MGH) couldn’t use the drive-through solution, because it’s in a congested part of Boston. So, it performed Covid-19 tests, one by one, in a designated room that was sanitized between tests, with staff donning new personal protection equipment (PPE) each time. Tests were spaced 20 minutes apart.

Meanwhile, Yangji Hospital in South Korea had come up with a better solution. It invented a clear-plastic negative pressure booth with rubber gloves inserted through the walls which allows staff to take nasal samples without direct contact with the patient inside — and without using personal protective equipment (PPE). The CEO of MGH’s parent organization read about these booths and asked the in-house innovation team, Springboard Studio, to explore making a similar booth.

The Springboard team needed to understand the Korean booths in more detail. Nour Al-Sultan, a young strategy analyst, reached out to Dr. Sang-il Kim, president of Yangji hospital, for help — and received detailed answers the next day. Within nine days Springboard had built a prototype of its booth, and four weeks later MGH was using eight such booths across its network. Consumption of scarce PPE fell by 96 percent; sanitization between patients became more efficient; and the average patient could be tested in 46 seconds, increasing throughput many times over.

The booth innovation made Covid-19 testing safer, cheaper, and faster. Springboard has since made its own improvements and shared those designs with Yangji hospital and a partner organization in Uganda. More significantly, the booths may become available across the U.S., as at least one national company is considering their commercial manufacture. It’s a small step, but every bit helps.

Dr. Kristian Olson, Springboard’s director, has worked in several low-income countries and embraces the notion of reverse innovation. “Having the humility to admit we don’t have all the answers lets us learn from the ingenuity of people all over the world,” he says.

When Covid-19 broke, most U.S. states were busy acquiring PPE, ventilators, and hospital beds and had little time to plan for contact tracing.

One exception was Massachusetts. It was the first to create a state-wide contact tracing system, building on longstanding work by its Boards of Health and the Massachusetts Department of Public Health, which have tracked disease outbreaks in the past.

Governor Charlie Baker’s thinking on how to fight Covid-19 was influenced by two key people: Steven Kadish, his former chief of staff and experienced health care administrator; and Dr. Jim Kim, former president of the World Bank and co-founder of the Boston-based nonprofit, Partners in Health (PIH). PIH has more than three decades of experience in community-based healthcare, including fighting Ebola in West Africa from 2014 to 2016, cholera in Haiti since 2010, tuberculosis in Lesotho, and HIV in Rwanda.

Kim was surprised by the level of skepticism in the U.S. about the value and feasibility of doing state-level human contact tracing to fight Covid-19. “Why do people think that we can’t do in the U.S. what PIH has helped other governments do over the last three decades under more difficult conditions in some of the poorest countries in the world?” he asks.

Kadish, who knew both Baker and Kim, connected the two men. Talking to Kim convinced Baker that a contact tracing system could be a key tool for reducing the transmission of Covid-19. And rather than try to develop and implement a high-tech, app-based digital contact-tracing system (a potentially effective but fraught technology, given privacy and data-security concerns), Kim and Kadish convinced Baker that the state should do this the old-fashioned way and hire hundreds of human tracers, noting that the approach costs very little compared to the cost of caring for Covid patients. (A bipartisan expert group estimates the cost of hiring 180,000 contact tracers nationally at only $12 billion.) “Governor Baker really believed what Jim Kim was saying—that you needed a size of force that matched the size of the infection,” says Kadish. Baker also saw the value of building on PIH’s experience, using “what’s been done, and done well in many other places.” Within days, Massachusetts set up the Community Tracing Collaborative (CTC), led by two state health agencies, Massachusetts Health Connector and the Massachusetts Department of Public Health, with PIH as a partner to hire and train staff, and Accenture working with Salesforce to provide the call-center backbone.

PIH brought several assets to the CTC. It deputed three senior staff, including Emily Wroe, a Harvard-trained doctor who has spent a decade fighting infectious and non-communicable diseases in Africa. It helped recruit and train contact tracers and developed protocols and scripts for them to use, applying learning from African contact-tracing practices. It understood how to integrate contact tracers with the state’s public health resources. Most important, it brought PIH’s philosophy that contact tracers had to form a human bond with patients. “You have to walk with the person and address whatever they need,” says Wroe. “No app can provide them emotional support or address their complex and unique needs during isolation and treatment.” Wroe believes that technology can help, but only in conjunction with human contact tracers.

At its peak, CTC’s 1,700 contact tracers made 8,000 to 10,000 calls daily, then followed patients through the quarantine and treatment periods. (The program is voluntary and has safeguards for data security and privacy.) While it’s still early, Kim and Kadish believe that the CTC is playing an important role in reducing transmission and will ultimately help contain Covid-19.

Other states have taken note. When Kadish organized a webinar on the CTC model, public health teams from over 20 states attended, including California, Illinois, Louisiana, and New York. Many states are now also looking to bolster existing public health resources with new, state-level capabilities. PIH itself has signed on to help Ohio, Illinois, the city of Newark, and possibly others. The CTC experiment for contact tracing is slowly diffusing beyond Massachusetts to other parts of the U.S.

The examples above offer three lessons about using reverse innovation to fight Covid-19:

It would help if the federal government also embraced reverse innovation, because its reach is so much greater than that of any company or state. In contact tracing, for instance, federal coordination would be valuable, because Americans normally crisscross the country. A federal agency would also be the ideal repository of global best practices for fighting infectious diseases.

There are many untapped opportunities for reverse innovation in the fight against Covid-19. The Center for Emerging Markets at Northeastern University is working on a project to gather such ideas. Among them are, for example, integrating digital technologies with contact tracing, using AI-based thermal scans of crowds, creating rapid-response teams to fight flare-ups, and smart quarantining. Low-income countries are also developing cheaper, faster, and simpler Covid-19 tests, and low cost devices, such as respirators and ventilators. Most important, they can help with developing and mass producing drugs and vaccines to fight Covid-19; the largest and lowest-cost vaccine maker in the world, for instance, is a company in India.

There’s a bigger message in all of this: Covid-19 is a global pandemic, and pooling innovations globally would be the best way for the world to fight it off.