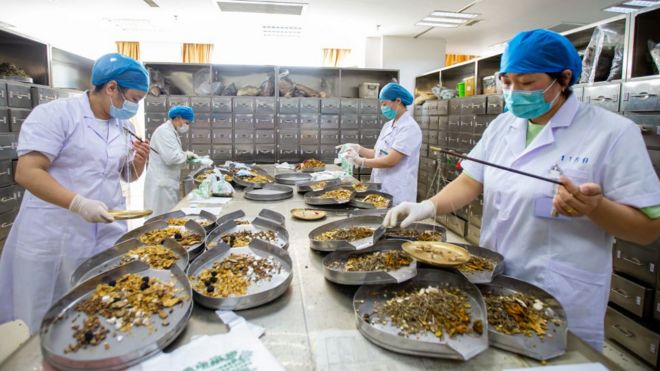 As scientists race to develop a vaccine for Covid-19, Beijing has been championing traditional Chinese medicine (TCM) as a way to treat the disease.

A recent white paper released by the Chinese government claimed that 92% of the country’s Covid-19 cases were treated in some way with it.

TCM is one of the world’s oldest forms of medical practice and includes a range of treatments from herbal concoctions to acupuncture to Tai Chi.

It is hugely popular in China across the generations, although occasionally fierce debates erupt online about its use.

Experts say China is seeking to expand the appeal of TCM both at home and abroad, but healthcare professionals remain sceptical of its usefulness.

China’s National Health Commission has a special TCM chapter in its coronavirus guidelines, while state media have been highlighting its alleged role in past outbreaks such as Sars in 2003.

Six traditional remedies have been advertised as Covid-19 treatments, the two prominent ones being Lianhua Qingwen – containing 13 herbs such as forsythia suspense and rhodiola rose – and Jinhua Qinggan – which was developed during the 2009 H1N1 outbreak and is made of 12 components including honeysuckle, mint and liquorice.

TCM’s supporters argue that there is no downside to using them but experts say rigorous scientific tests are needed before such formulas are deemed safe.

The US National Institutes of Health said that while it may help with symptom relief, its overall effectiveness against the coronavirus is inconclusive.

“For TCM there is no good evidence and therefore its use is not just unjustified, but dangerous,” Edzard Ernst, a retired UK-based researcher of complementary medicines, was quoted as saying in Nature journal recently. 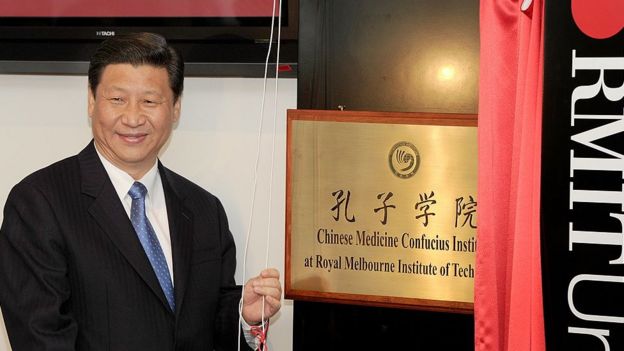 Nevertheless, TCM is growing in China and seeing an increase in demand internationally. China’s State Council last year estimated that the TCM industry would be worth $420bn (£337bn) by the end of 2020.

President Xi is said to be a “hardcore fan” of the ancient practice and has called it a “treasure of Chinese civilisation”.

But, Yanzhong Huang, a senior fellow for global health at the Council on Foreign Relations, notes that “safety and efficacy issues plague TCM sector and most Chinese people still prefer modern medicine over TCM”.

Despite Beijing’s persistent efforts to internationalise TCM, many people outside China remain unaware of it.

Critics say China is now using the pandemic as a way to promote it abroad – an accusation that has been denied in state media.

However China has been sending TCM supplies and practitioners alongside conventional drugs and equipment to Africa, Central Asia and Europe.

“The government narrative that portrays TCM as being effective against Covid-19 also serves to promote the superiority of China’s anti-Covid approach, at a time when Western approaches appear to be ineffective in containing the spread of the virus,” he said. 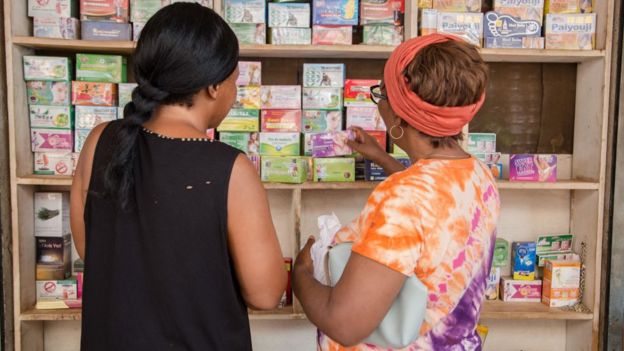 TCM’s international profile rose last year after the WHO formally recognised it following years of lobbying by China – a move condemned by the international medical community.

The WHO then became embroiled in further controversy after it removed a warning about the use of traditional remedies to treat Covid-19 from its English- and Chinese-language recommendations.

But a lack of standards and almost no clinical trials have hampered the widespread adoption of TCM. In May Swedish authorities tested Lianhua Qingwen samples and found they only contained menthol.

TCM is also the subject of several controversies and Covid-19 has put the spotlight on the industry’s links with the wildlife trade.

China recently banned the use of pangolins, an endangered species which is used in folk medicine for its scales.

But wildlife conservationists worry the rising popularity of TCM products will drive a surge in illegal wildlife trafficking.

“Even if these endangered species have some treatment value, we should use botanical products as alternatives in the TCM practice,” Dr Lixing Lao, honorary professor at the University of Hong Kong’s School of Chinese Medicine, told the BBC.

Meanwhile some heavy-handed attempts by the state media and authorities to promote TCM appear to have backfired.

County officials in Yunnan province drew public ire in March after it was reported that students were forced to take a traditional medicine as a prerequisite for returning to school.

Dr Lao says the only way for TCM to become accepted globally is “via scientific evidence, rather than propaganda”.