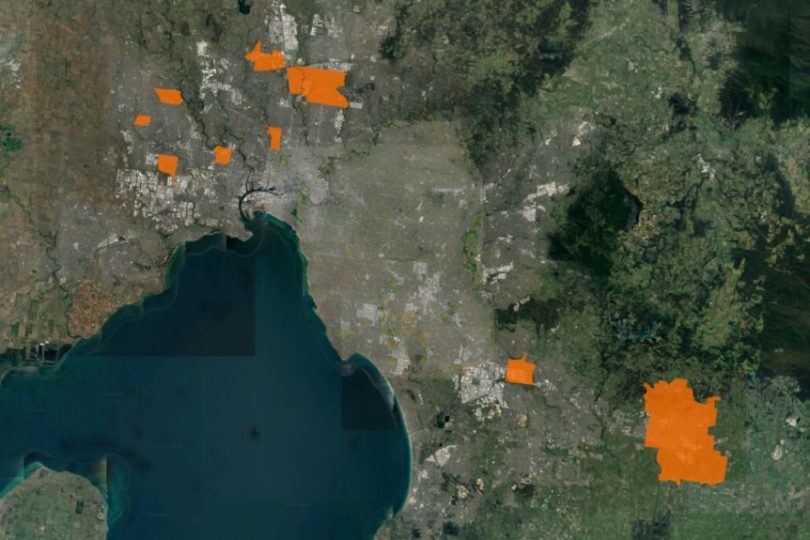 The terms ‘community transmission’ and ‘locally acquired’ get thrown around a lot when we talk about coronavirus but they are not interchangeable.

So what’s the difference, why does it matter and how do we prevent more outbreaks like those happening in Melbourne right now?

What exactly is community transmission?

These are the cases of COVID-19 that have popped up in places authorities weren’t expecting. They are a concern because they mean there could be more undetected cases among us.

An increase in community transmission translates to a looser grip on infection control as there are missing links between cases.

“It’s what happens when you do contact tracing and still have no idea how that person became infected. And if you don’t know, you can’t do anything [specific] about it.”

Sustained community transmission is when there are three generations of cases or more, University of NSW biosecurity Professor Raina Macintyre says.

“So you’ve got one person … and they infect one person or a few people, and then those people infect another bunch of people — that’s when you start to worry,” she said.

How is a locally acquired case different?

It means the source of transmission is known, perhaps even predicted, and contact tracing has been successful.

For example, one person was found to be COVID-19 positive in Melbourne’s Keilor Downs this week and contact tracing soon found they had infected 11 other family members after a gathering.

Contact tracing involves using data from the COVIDSafe app (if installed) or piecing together the epidemiological puzzle by asking an infected person questions about where they have recently been and who with.

“[Locally acquired cases] are found when contact tracing [has] helped you clearly locate where that person got infected and allowed you to target public health interventions to interrupt transmission,” Dr Vally said.

Many locally acquired cases are actually people who are already in isolation on the advice of health authorities because they have had close contact with a positive case.

How much community transmission do we have here?

Around 26 cases are still under investigation.

New South Wales has had most cases of community transmission since January 22, with Victoria in second place.

Currently Victoria is the only state or territory where there is evidence of community transmission.

According to the World Health Organisation (WHO), Australia’s current cases are “clustered in time, geographic location and/or by common exposures”.

China, Singapore, Russia, Germany and India are among the other countries in this situation.

But the majority of countries (the US, the UK, Brazil, Indonesia and Canada to name a few) have what the WHO classifies as “larger outbreaks of local transmission” which means a large number of cases cannot be linked to known virus chains.

Victoria has recorded double-digit case increases for 11 consecutive days as of Saturday, with 19 cases still under investigation.

In order to contain these outbreaks, the government has rolled out a 10-day “testing blitz” which includes 800 testers and a fleet of mobile testing vans.

Residents in the suburbs of concern will be tested regardless of whether they have symptoms.

To put out the “public health bushfire”, as Victorian Premier Daniel Andrews has called it, residents in the hotspot areas have been told to stay home and shop online.

The Department of Health says most of the new infections have been linked to known clusters found in extended families, at a supermarket warehouse and a high school.

Professor Mary-Louise McLaws, an epidemiologist who helps advise the WHO, says she is “delighted” by Victoria’s testing regime and the “ring fencing” of hot spots is the best course of action to stop the spread.

Why is community transmission our enemy?

It’s all about a lack of control. When you look at what has happened internationally, in those areas where control has been lost, case numbers skyrocket and it’s hard to catch up.

Community transmission puts health authorities behind the eight ball from the outset.

“The trouble is it only takes one infected person and if they infect two, who infect four, then eight and next thing you know, it’s gone like greased lightning,” says Professor Gerard Fitzgerald, expert in public health management from the Queensland University of Technology.

“That’s why the country is anxiously waiting for Victoria to control this.”

Professor Fitzgerald said there could potentially be a lot more community transmission than we know about as a result of mild or asymptomatic cases of COVID-19.

Researchers now believe about 15 per cent of people who contract COVID-19 will never show any symptoms.

“Young people especially could just be passing it among themselves for long periods of time but eventually, of course, it’s going to get out and it could get to others in the community who are more at risk,” Professor Fitzgerald said.

How to control community transmission

Test, test and then test again.

“When you don’t know who’s spreading the disease that’s when you need to go out and you need to test as many people as possible, which is what’s happening right now in Melbourne,” Dr Vally said.

Professor MacIntyre says high-risk groups, such as older people, should be tested as soon as an outbreak is identified, regardless of whether they have symptoms.

The key here is a rapid response.

“The reason we got on top of community transmission in the beginning was because we moved early-ish to increase social isolation. And our other advantage was having a huge moat around the country of course,” Dr Fitzgerald said.

We also undertook significant testing, with over 2.2 million tests completed to date, the Department of Health says.

Professor McLaws says the spread of COVID-19 in Victoria is currently very heterogenous — so there are distinct hotspots as well as areas with no cases at all.

“Until those hotspots move deeper into urban Melbourne, if that happened, then you’d probably want to do a full shut down.”

Professor Fitzgerald says because Victoria is only seeing around 30 cases each day the health authorities will catch up.

“We can get in there, do the testing and try to stamp it out.”

“But if you have upwards of 30,000 cases each day like they do in the US, all you can do is try to protect the vulnerable.”

Due to the highly contagious nature of coronavirus, and the fact that symptoms are often not present, Dr Vally says community transmission is here to stay in Australia until there is a vaccine.

“This will be a pattern for the next six to 12 months,” he said.