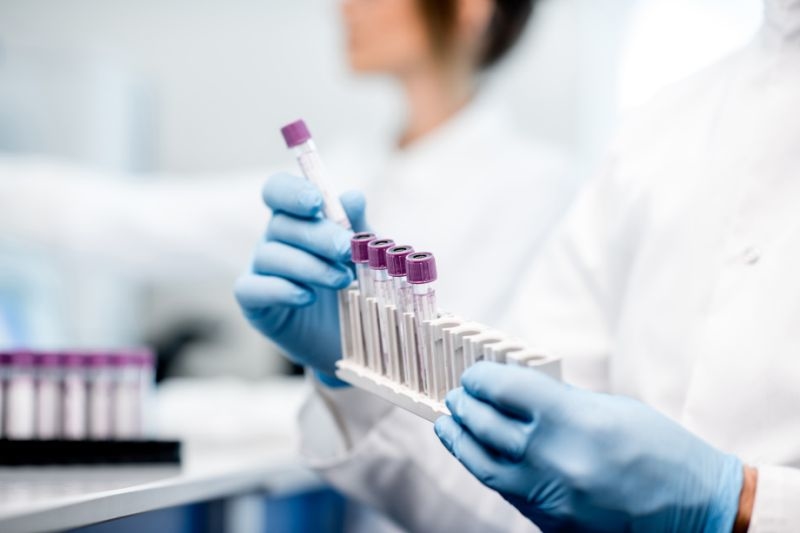 In April, California Gov. Gavin Newsom launched a multimillion-dollar state initiative to bring COVID-19 testing to the people and places with the least access: rural towns and disadvantaged inner-city neighborhoods.

California is now halting its expansion, citing costs, even as the state is getting walloped by record-setting spikes in new infections and double-digit increases in hospitalizations.

The state will no longer fund new testing sites despite pleas from counties for additional assistance—and it has closed some locations and moved them elsewhere. It also has threatened to pull testing out of underused sites, according to nearly two dozen interviews with county public health officials.

While it’s early, some winners and losers have emerged: El Dorado County, east of Sacramento, lost its testing site in the town of Shingle Springs in June because it couldn’t fill enough appointment slots, while Fresno County gained a site that had been pulled from elsewhere, said its health officer, Rais Vohra, M.D.

Yet San Mateo County has asked state officials three times for a second state-funded testing venue to address testing gaps in Black and farmworker neighborhoods, but has been “told no, repeatedly,” said Justin Mates, deputy county manager. So the county transformed its sole state site into a roving testing unit.

“Equity is certainly a concern for us,” Mates said. “We really need help with testing access if we’re going to reach our Latino residents and places like East Palo Alto,” a diverse city whose population is mainly Latino, African American and Asian/Pacific Islander.

California has committed up to $132 million in contracts with two private COVID-19 testing companies, Verily Life Sciences and OptumServe, to offer free coronavirus tests at more than 100 sites that the Newsom administration has identified as “testing deserts.” The expansion has dramatically increased the state’s overall testing numbers, which swelled from 16,000 tests per day in April to 105,000 on Monday.

State Health and Human Services Secretary Mark Ghaly confirmed that the state is pulling sites out of counties that aren’t generating high enough numbers and cutting off funding for new locations.

“With every asset and resource—especially when it’s scarce—you want it to go to places where it’s most needed,” Ghaly said. “It wouldn’t be prudent or wise to maintain spending in a place where resources aren’t being used.”

Newsom himself has voiced concern about the price tag, given “unprecedented” budget shortfalls. “There is a big cost associated with testing,” he said in late June.

A Newsom administration official confirmed the state wants to see counties fill at least 80% of testing slots at each location. And if testing drops below 50% for a few days or longer, counties are warned the sites could be transferred elsewhere.

Counties argue there’s a public health benefit to keeping underperforming locations open—simply to ensure that testing is available to rural and disenfranchised communities. Across the state, they are fighting to save state-funded sites even as they are being overwhelmed by rising coronavirus cases linked largely to social gatherings.

“It’s how we are able to quickly identify where the virus is and if there are hot spots,” said Olivia Kasirye, M.D., health officer for Sacramento County, where holiday celebrations and booze-fueled gatherings among family and friends are sending infection rates soaring.

Contra Costa County saw its testing numbers drop in June and was at risk of losing a state-funded site until it proved it could keep appointments near 80% of capacity, said its health officer, Chris Farnitano, M.D.

Riverside County was warned June 16 that a state-funded site north of Temecula would be “moved to another county” if it didn’t get its testing above 50%, according to an email from the state’s testing task force. The state told Mendocino County it could lose its state-funded site, the only free testing available within a two-hour drive for some rural residents, if it didn’t push numbers up.

Alameda County grew so frustrated with state requirements that it undertook a testing expansion of its own.

“We realized we couldn’t depend on the state, especially to reach our vulnerable communities,” said Jocelyn Freeman Garrick, M.D., an emergency room doctor at Highland Hospital in Oakland, who is leading the county’s testing task force.

El Dorado County, which lost its site, so far has maintained a relatively low count of COVID-19 cases. It can’t afford to replace the site but will “make do,” said county spokesperson Carla Hass.

Ghaly said the state is working with counties in danger of losing sites to give them a chance to fill testing slots. State officials declined to say how many counties have lost sites, but as new infections have soared, testing numbers are starting to pick back up. The list of counties at risk of losing a site has dwindled from around a dozen in early June to a few last week.

Public health experts say focusing so intently on testing numbers, and not on adequately testing in Black and Latino neighborhoods, risks abandoning communities that already face immense barriers to health care like racism and poverty.

“If you ignore these communities, then we’ll keep seeing the kinds of surges that we’re seeing now,” said Tony Iton, M.D., formerly the top health official for Alameda County and now a senior vice president of the California Endowment, which is working with counties to expand testing in underserved neighborhoods.

Entrenched socioeconomic barriers also make it difficult to get, and keep, testing numbers up. For instance, people who want to be tested at state sites often need internet access and an email address. Most are drive-thru, requiring access to a vehicle.

Many low-income people can’t meet those requirements, and undocumented immigrants fear that providing personal information to obtain a test could expose them to immigration officials, said Marty Fenstersheib, M.D., a former health officer of Santa Clara County who is leading its testing program.

“We can have all the tests we want, but if people are afraid to come and get tested, it’s not going to be of any benefit,” he said.

State contracts funding the testing sites were extended this month but are set to expire Aug. 31, and administration officials have not told counties whether the state will continue funding them after that, said Mimi Hall, president of the County Health Executives Association of California and director of public health for Santa Cruz County.

Counties can’t afford to keep the sites running, said Hall, who is on the state’s testing task force.

“It’s hard to plan when we don’t know how long we’ll be able to keep them,” Hall said.