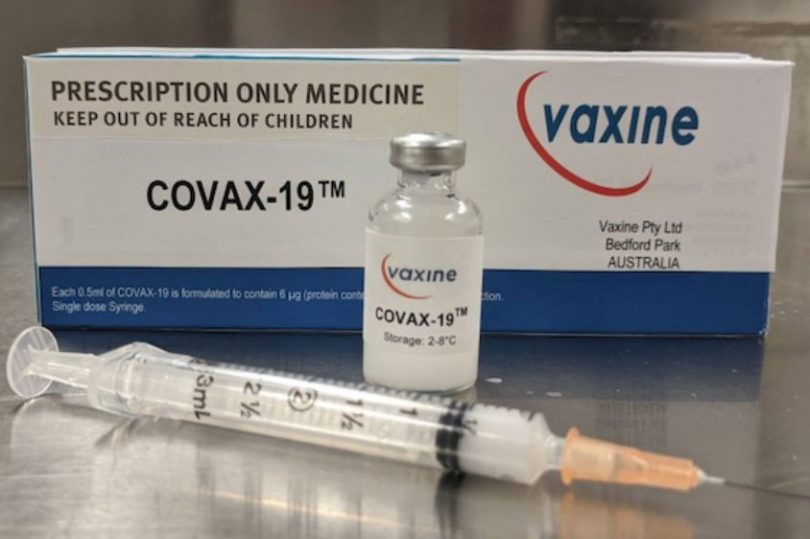 The first human trials of a potential coronavirus vaccine developed in Australia and based on a protein produced in insect cells are about to begin in Adelaide.

Two doses of COVAX-19, or a placebo, will be injected into 40 healthy people between the ages of 18 and 65 at the Royal Adelaide Hospital’s clinical trial unit.

The vaccine candidate was developed by Adelaide-based company Vaxine, which has laboratories at Flinders University.

Another potential vaccine, developed in the US, made it to the human trials stage in Melbourne in late May.

But Vaxine research director Professor Nikolai Petrovsky said the human trials beginning in Adelaide today were the first for a vaccine developed in the southern hemisphere.

“I am very confident there will be successful vaccines against COVID-19,” he said.

“Hopefully ours will be one of those [but] ultimately the data will determine that.

“Our COVID-19 vaccine is based on a synthetic protein which is produced in insect cells, so it doesn’t require people to be given a virus.”

The first phase of the trial will check whether the vaccine candidate induces the creation of antibodies to kill the coronavirus that causes COVID-19, and whether it provokes any serious adverse side effects.

If that phase is successful, the next human trials for the potential vaccine would be conducted on people in higher-risk groups, including older people.

The final phase would involve testing on a large population with a high incidence of COVID-19 transmission overseas.

If it clears these hurdles, Professor Petrovsky said, then it will require approval from the Therapeutic Goods Administration (TGA) before becoming available for distribution in Australia.

Professor Petrovsky said the whole process was likely to take about six months.

Developmental work began in January, before the coronavirus lockdowns began but in anticipation of a worsening global health crisis.

“Our modelling data showed in January this was likely to be a major pandemic … this is the culmination now of four months of very intense work,” Professor Petrovsky said.

Adelaide pharmacist Ian Tindall, who was the first person to be injected as part of the trial, said he had no concerns about participating.

“All the due diligence has been done and risk mitigation, so [I’m] quite happy with everything,” he said. 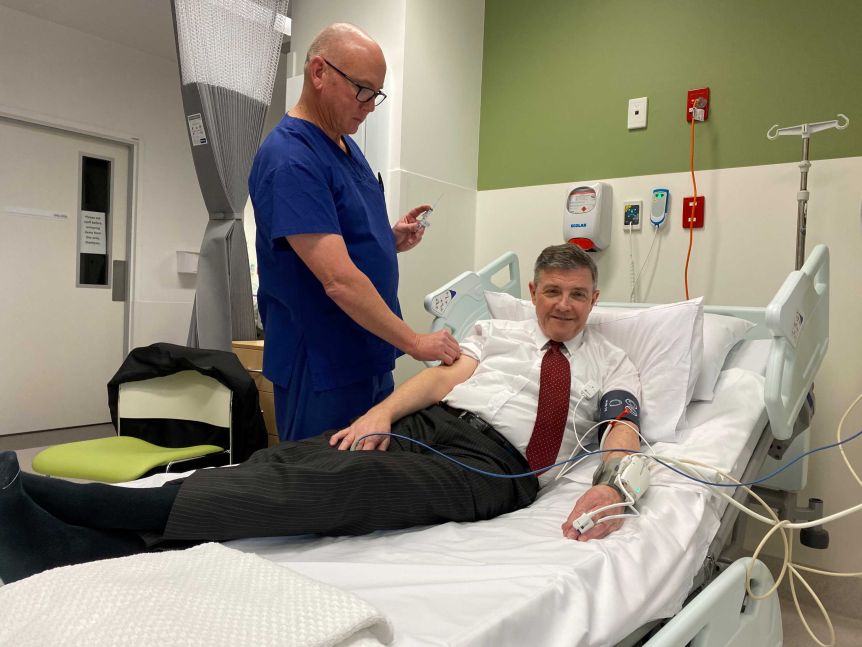 Pharmacist Ian Tindall was one of the patients injected with the vaccine in Adelaide.

Mr Tindall said he was concerned that coronavirus had become “the new polio”.

“It will just come back in waves until we develop an effective vaccine,” he said.

“It will be the developing world that will benefit from this vaccine, if it proves to be effective.”

SA Health Minister Stephen Wade said the program was “an opportunity for a medical breakthrough” that had potentially global implications.

“I would particularly like to thank the South Australians who volunteered to be part of this trial,” he said.

“Their willingness to participate in this trial may well be the key to saving the world from this virus.”

COVAX-19 is one of more than 100 COVID-19 vaccines under development across the world, although fewer than 20 that have made it to human trials.

Professor Petrovsky said it was “only a matter of time” before a vaccine against COVID-19 is proven to be effective. 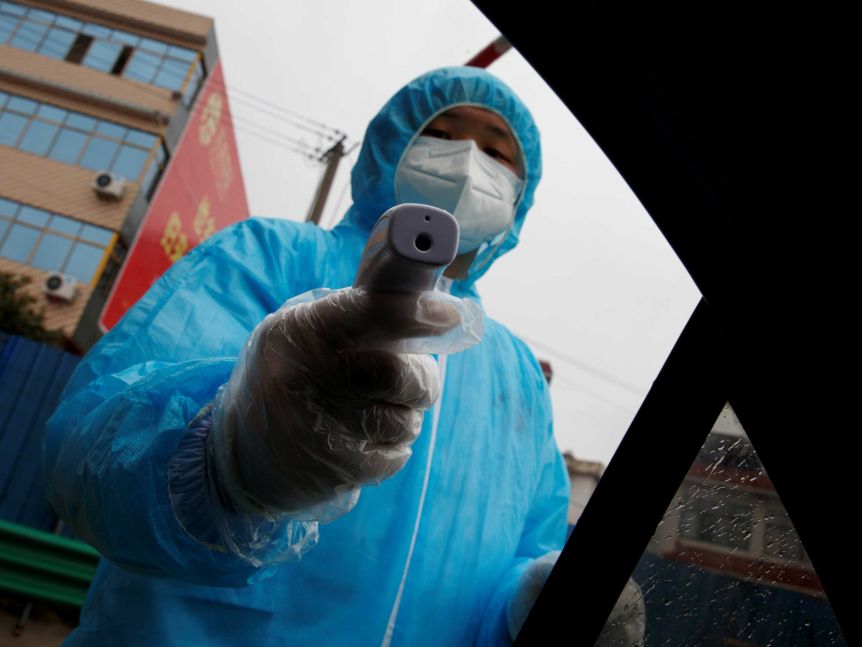 A medical worker holds a thermometer to check a passenger’s temperature in China.

He said coronavirus is mutating at a slower pace than influenza — which requires a new vaccine each year — and at a much slower pace than human immunodeficiency viruses (HIV), for which there is no effective vaccine.

“A vaccine works best against a virus that is not mutating,” Professor Petrovsky said.

“That should mean that it is easier to immunise against COVID-19 [than] influenza.

“Our vaccine, if it’s proven to be successful, could be available as early as next year.”

However, Professor Petrovsky said the work to get to that point would likely incur “larger and larger” costs, and said the project would require government support.

“Fortunately we have had support from the US Government [for] our program and also some charitable organisations,” he said.

Health experts slammed the United States this week for hoarding almost all of the world’s supply of remdesivir, the only drug licensed so far to treat COVID-19.

The US Government announced on Tuesday that President Donald Trump had struck “an amazing deal” to buy the drug made by Gilead Sciences for Americans.

A spokesperson for Federal Health Minister Greg Hunt said Australia’s national stockpiles of remdesivir were “sufficient” and the US decision would not impact supply. 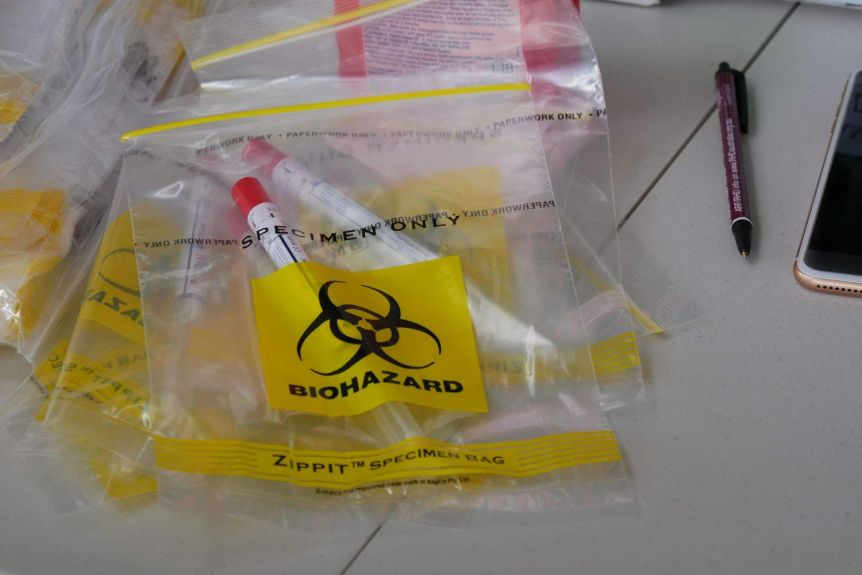 Professor Petrovsky said there was a high risk that if and when a vaccine was proven to work, the country in which it is developed may maintain exclusive access for its own citizens.

“There are going to be some major logistical issues,” he said.

“There is only so much manufacturing activity in the world … in many cases [vaccines] will go to the highest bidder, or countries [where] that is based.

“The more vaccines [that become] available the better.”