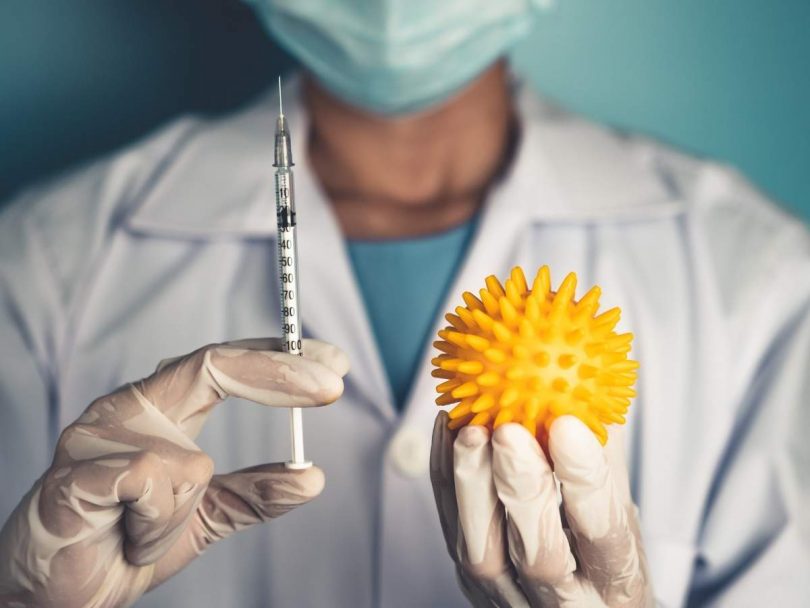 Six months and nearly ten million infections later, COVID-19 is showing no signs of stopping, even as experts worry about the emergence of the second wave of infections. Researchers are fighting a race against time to develop the world’s first vaccine and prevent further spread of the deadly infection

With over 110 candidates involved in the production of vaccine from Britain, USA, China, Africa and Israel, India saw the approval of the country’s first indigenous vaccine, COVAXIN given the go-ahead for the start of clinical trials.

Here are all the updates about the same:

Leading vaccine maker from the country, Hyderabad based Bharat Biotech won the approvals from Drug Controller General of India (DGCI) to start phase I and II clinical trials of its vaccine prototype, named ‘COVAXIN’ in the country. This is the first such company which has received a go-ahead to start the clinical trials.

The vaccine has been produced by Bharat Biotech in collaboration with Indian Council of Medical Research (ICMR) and National Institue of Virology (NIV) by using an inactive version of the vaccine. Pre-clinical trials for the same have shown good immune response in the body and have been termed “safe” for use.

Adding that inactivated virus prototypes, such as COVAXIN have a better chance of working, the makers said:

“Once the vaccine is injected into a human, it has no potential to infect or replicate, since it is a killed virus. It just serves to the immune system as a dead virus and mounts an antibody response towards the virus.”

04/12 What other vaccines are being developed in India?

Bharat Biotech has also announced plans of a joint vaccine study with the University of Wisconsin and another with researchers based out of Thomas Jefferson University.

While India’s top medical minds have praised the development, it has not been confirmed as to when will the vaccine be available for public use.

India, which is one of the biggest vaccine production hubs worldwide is seeing as many as 30 vaccine candidates being developed in the country. Pune-based Serum Institue of India (SII) is working with many global vaccine firms, including University of Oxford to ramp up production of their vaccine if it is approved for use post the end of clinical trials.

05/12 Chinese vaccine SinoVac ready for use by the military?

As the world competes to develop a strong vaccine against COVID-19, China has spearheaded the development of its most promising vaccine being developed by a research and biotech based firm, CanSino. It was recently announced that the vaccine prototype, which is still in its clinical trials has been approved for use by China’s Central Military Commission for a year’s time. While the vaccine has still not been approved for wide use, the company, which co-produced the vaccine with Chinese Academy of Military Medical Sciences said that the usage of the same cannot be commercialized unless it’s cleared by the military wing.

There are also several other promising developments happening at warp speed in China. As per WHO, out of the 17 candidates in the advanced stages of clinical trials, half of them are from China.

The University of Oxford and British-Swedish pharmaceutical giant, AstraZeneca are jointly working on the production of a vaccine, ChAdOx1 nCoV-19, by using a weakened version of the common cold virus, adenovirus. The company, which is currently conducting mid-scale trials in Brazil, one of the worst affected countries globally recently said that the South American nation might be one of the first to deploy the vaccine if approvals are met. Currently, testing is going on more than 5000 frontline workers in Brazil, after plans to start phase-III trials were given the go-ahead by the experts in early June.

Brazil’s government has already ordered 100 million doses of the vaccine by December-January if it is found to be safe for use. They added if the vaccine is certified to be safe and effective, the inoculation efforts would start quickly.

Clinical teams based out of Imperial College of London have successfully dosed the first healthy candidate with a version of the vaccine prototype in phase I of their trial. The volunteer will be receiving the second booster shot for the same after four weeks. As many as 300 volunteers have been scouted for phase I of the trials.

While such a kind of vaccine has never been tested on humans before, it has gotten heavy funding from the UK government and holds promising hope. The company is hopeful of achieving immunization by the first half of 2021 if the vaccine is deemed safe for use.

The low-cost vaccine prototype, modelled out of an innovative self-amplifying RNA technology has been found to be effective and in early pre-clinical studies.

US-based Moderna Inc., one of the most promising candidates in the global vaccine hunt is soon going to start with the largest phase of its clinical trials in mid-July. The company has also partnered up with drugmaker Catalent for production and distribution of its vaccine doses if approved for use post the end of the trials.

09/12 Moderna confident of the vaccine working

Moderna’s CEO recently issued a statement saying that he is confident about their vaccine, mRNA-1273 working effectively, with efficacy data most likely to be available by October 2020:

“There is an 80-90% success rate we are hopeful of…we know our platform. It works on MERS, Zika and CMV and so on. When you have the right sequence … you will get neutralizing antibodies.”

Phase-III of the clinical trials will involve 30,000 candidates from different age groups, one of the biggest pool so far.

Phase-I clinical trials for a promising vaccine candidate produced by the University of Oxford began last week in Johannesburg, which will soon spread to other parts of the African nation. It is said that the vaccine, developed by Oxford University’s (UK) Jenner Institute, will inoculate two thousand South Africans.

Apart from this, a vaccine project has also been found by Nigerian scientists, who are still working on the development of the novel vaccine. Further updates regarding the same are still awaited.

Sanofi and GlaxoSmithKline’s vaccine candidate, jointly produced by the two medical companies is seeing developments take place at a speedy rate. France based Sanofi recently announced that while the company is overseeing the developments of multiple vaccine candidates, they are hopeful of accelerating phase I and II of its prototypes between the months of September to December.

With the promise to produce upto 100 million vaccine doses, the company is making use of GSK’s adjuvant, which is known to boost immunity and production of antibodies alongside its vaccine candidate.

Medical researchers based out of Thailand are overseeing the development of atleast seven vaccine studies as of now, are hopeful of starting human clinical trials by the month of October. While experts based out of Chulalongkorn University’s Center of Excellence in Vaccine Research and Development saw promising results in the animal testing phase which took place recently, makers are hopeful of the vaccine working, since the majority of the vaccine prototypes showed good results in preventing the entry of the SARS-COV2 virus by producing neutralizing antibodies. They have tied up with labs based out of Vancouver, Canada to ramp up production of doses, which will then be shipped back to Thailand to start human trials in the coming months.