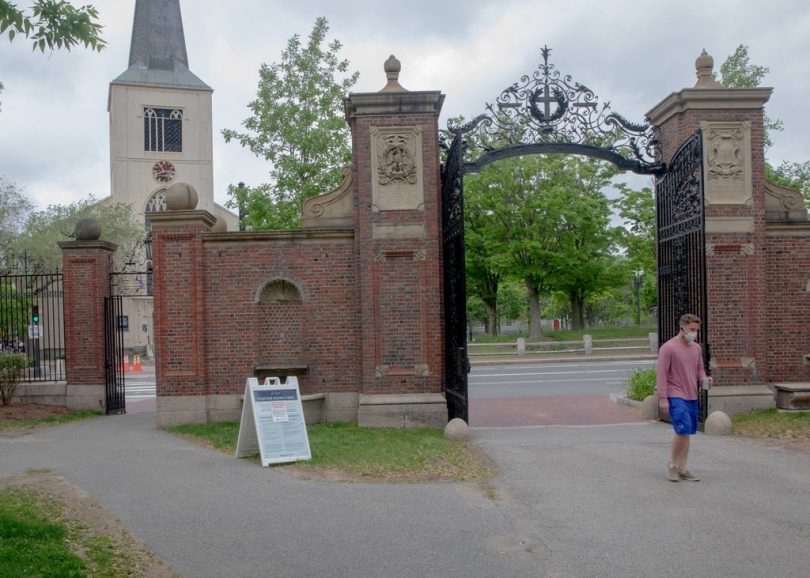 To provide some semblance of the campus experience during a pandemic, colleges say large chunks of the student body will have to stay away and study remotely for all or part of the year.

With the coronavirus still raging and the fall semester approaching, colleges and universities are telling large segments of their student populations to stay home. Those who are allowed on campus, they say, will be living in a world where parties are banned, where everyone is frequently tested for the coronavirus and — perhaps most draconian of all — where students attend many if not all their courses remotely, from their dorm rooms.

In order to achieve social distancing, many colleges are saying they will allow only 40 to 60 percent of their students to return to campus and live in the college residence halls at any one time, often divided by class year.

Stanford has said freshmen and sophomores will be on campus when classes start in the fall, while juniors and seniors study remotely from home. Harvard announced on Monday that it will mainly be first-year students and some students in special circumstances who will be there in the fall; in the spring, freshmen will leave and it will be seniors’ turn.

At the same time, very few colleges are offering tuition discounts, even for those students being forced to take classes from home.

Professors, students and parents all seem to be conflicted over how these plans will work out.

Pascale Bradley, a senior studying English and French literature at Yale, is just looking forward to seeing some classmates again. Yale is allowing first-year students, juniors and seniors on campus in the fall, but nearly all classes will be taught remotely.

“It won’t be the same social life,” she said. “Not that students are upset there might not be big parties. People are just looking forward to daily small interactions, being able to sit and study with someone and have a meal with someone.”

Her father, Kirby Bradley, is less forgiving. “This just seems to be the worst of all worlds,” said Mr. Bradley, who owns a video production company. “They are exposing the kids to increased virus risk, something that is arguably justifiable in exchange for in-person learning, which everyone agrees is better than online. But no, the kids will do remote learning, from campus! At full tuition!”

College administrators say they are in a bind and doing the best they can to bring students back to campus to get at least some of the social and academic benefits of being surrounded by their peers.

Princeton is one of the few universities that has said it would offer a tuition discount this fall because of the limitations. Students, whether on campus or learning remotely, will be charged 10 percent less — $48,501 for the coming year, instead of $53,890, according to a spokesman, Ben Chang. It was unclear how students receiving financial aid — who account for more than 60 percent of undergraduates — would be affected.

Princeton said it was instituting the policy because most undergraduates would be on campus only half the year — freshmen and juniors in the fall, sophomores and seniors in the spring.

Harvard University announced on Monday that no more than 40 percent of its undergraduates would be allowed on campus at a time during the next academic year, but that tuition would remain the same. All first-year students would be allowed in the fall semester, along with some students in other years whose home environments are not conducive to learning; the freshmen would leave in the spring to make space for seniors to finish and graduate on campus.

At Harvard, all classes will be held online, even for students living on campus. While it is not discounting its tuition and fees — about $54,000 for the year — the university said it would offer a summer term next year of two tuition-free courses for all students who had to study away from campus for the full academic year.

Cutting down the number of students on campus will allow many colleges to offer everyone a single or double dormitory bedroom. Students are being told they will have to eat takeout meals from dining halls in their rooms, or perhaps make a reservation to eat.

Many universities are requiring behavioral contracts in which students agree to wear face masks in public, to be tested regularly for the coronavirus, and to limit travel and socializing. If they break the rules, they can be disciplined.

Universities say they are keeping a tight rein on students because the trajectory of the virus is still uncertain. Several universities cited the recent surge in virus cases in some states as justification for keeping classes virtual, even for students living on campus.

Faculty members are also worried. More than 850 members of the Georgia Tech faculty have signed a letter opposing the school’s reopening plans for the fall, which say that wearing face masks on campus would not be mandatory, just “strongly encouraged.”

The Montana University System is also facing pushback from the faculty over its mask policy.

International students may have the hardest time of all. Many have returned to their home countries and will not be able to re-enter the United States because of travel and visa restrictions.

U.S. Immigration and Customs Enforcement said in a statement on Monday that student visas would not be issued to people enrolled in schools or programs that are fully online for the fall semester. Students in such programs will not be permitted to enter the country, and those already in the United States “must depart the country or take other measures, such as transferring to a school with in-person instruction, to remain in lawful status.”

Under pressure both to return to normal — President Trump wrote on Twitter on Monday that “Schools must open in the fall!!!” — and to keep students and faculty safe, universities are fighting back against the perception that virtual classes are inferior.

A video touts the sophistication of a studio system of creating and recording virtual lecture classes at Johns Hopkins, where first- and second-year students are being invited to apply for housing.

The video shows professors delivering their lectures in a large bright studio, almost as if they were actors onstage, while the eager faces of students look back at them from oversize video screens.

Many universities are bracing for the possibility that upperclassmen will request leaves of absence until things return to normal. The schools are warning students that if they do, there may not be dormitory housing for them in a year or two when they come back.

Cornell University is bucking the trend and allowing all its students back to campus, with a mixture of in-person and online instruction. Cornell said it based its decision on an analysis that found that conducting a semester entirely remotely could result in far more students becoming infected — up to 10 times as many — compared with reopening the campus. That is because of the likelihood that even if classes were conducted remotely, many Cornell students would return to off-campus housing in Ithaca, N.Y., and the university would not be able to enforce virus testing requirements or restrictions on their behavior.

Rutgers University said on Monday that its fall semester would combine a majority of remotely delivered courses with a limited number of in-person classes.

“We have wanted very fervently to be able to resume some version of a normal semester,” Jonathan Holloway, the university’s president, said in a message to the Rutgers community.

The University of Pennsylvania is also pursuing a “hybrid model” in the fall, with classroom instruction “where it can be provided safely and when it is essential to the academic needs of the course curriculum,” while other courses like large lecture classes are held online.