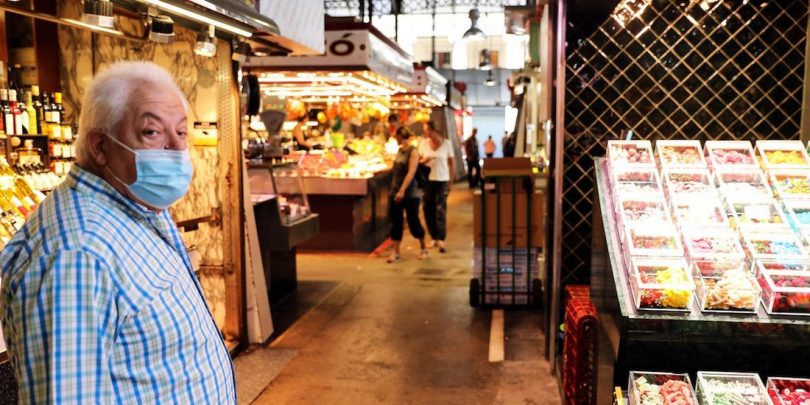 Population-wide immunity to the novel coronavirus could be “unachievable” with antibodies to the virus disappearing after just a few weeks in some patients, according to a major new Spanish study.

The Spanish government teamed up with some of the country’s leading epidemiologists to discover what percentage of the population had developed antibodies that could provide immunity from the coronavirus.

The study found that just 5% of those tested across the country maintained antibodies to the virus, in findings published by the medical journal The Lancet.

The study also found that 14% of people who had tested positive for coronavirus antibodies in the first round of testing no longer tested positive in subsequent tests carried out weeks later.

“Immunity can be incomplete, it can be transitory, it can last for just a short time and then disappear,” Raquel Yotti, the director of Spain’s Carlos III Health Institute, which helped conduct the study, said.

Other researchers said the study corroborated findings elsewhere that immunity to the virus might not be long-lasting in people who develop only mild or no symptoms.

“No symptoms suggests a mild infection, which never really gets the immune system going well enough to generate immunological ‘memory,'” Ian Jones, a professor of virology at the University of Reading, said.

Jones added: “Anyone who tests positive by antibody test should not assume they are protected. They may be, but it is not clear.”

The study’s lead author, Marina Pollán, told CNN: “Some experts have computed that around 60% of seroprevalence might mean herd immunity. But we are very far from achieving that number.”

The study found that despite Spain being one of the worst affected countries by COVID-19, “prevalence estimates remain low and are clearly insufficient to provide herd immunity.” More than 28,000 people in Spain have died after catching the coronavirus.

As CNN noted, The Lancet published commentary by two other scientists, Isabella Eckerle and Benjamin Meyer, who said the Spanish study, along with similar studies in the US and China, showed that herd immunity could not be achieved.

The “key finding” is that “most of the population appears to have remained unexposed” to the coronavirus, “even in areas with widespread virus circulation,” Eckerle and Meyer said.

Eckerle heads the Geneva Centre for Emerging Viral Diseases, while Meyer is a virologist at the University of Geneva.

They said: “In light of these findings, any proposed approach to achieve herd immunity through natural infection is not only highly unethical, but also unachievable.”

As found in antibody studies elsewhere in the world, Spain’s most densely populated areas — the cities of Madrid and Barcelona — had the highest levels of antibody prevalence. It was over 10% in Madrid and 7% in Barcelona.

Evidence against herd immunity is piling up

The Spanish study, which tested more than 61,000 people, is the latest to pour cold water over the idea of herd immunity.

A study published in May suggested that just 7.3% of people in the Swedish capital, Stockholm, had developed coronavirus antibodies, despite Sweden’s government adopting a novel and contentious strategy of not imposing a strict lockdown.

Sweden’s prime minister, Stefan Lofven, last week ordered an inquiry into the country’s handling of the virus, telling reporters “we have thousands of dead” and “now the question is how Sweden should change, not if.”

Unlike most European countries, Sweden did not implement strict, wholesale lockdown measures in response to the pandemic. Instead, it largely allowed businesses and hospitality to remain open and students to attend school.

In May, Sweden’s state epidemiologist, Anders Tegnell, justified this response by saying that countries that imposed strict lockdowns would most likely suffer large second waves later in the year, whereas Sweden’s would be smaller.

The new Spanish study, however, casts doubt on the idea that Sweden, which has reported nearly 5,500 coronavirus deaths and has one of the highest per capita death tolls in the world, may not be any better prepared to avert a second wave.

Prime Minister Boris Johnson’s UK government has denied initially trying to pursue a strategy of herd immunity before being warned that it would lead to the deaths of hundreds of thousands of people.

An Italian health minister last month claimed that Johnson revealed his intention to pursue herd immunity in a phone call with Italian Prime Minister Giuseppe Conti on March 13, a little more than a week before the UK entered a countrywide lockdown.

On the same day, Patrick Vallance, the chief scientific adviser to the UK government, said he believed the UK would be able to achieve herd immunity.