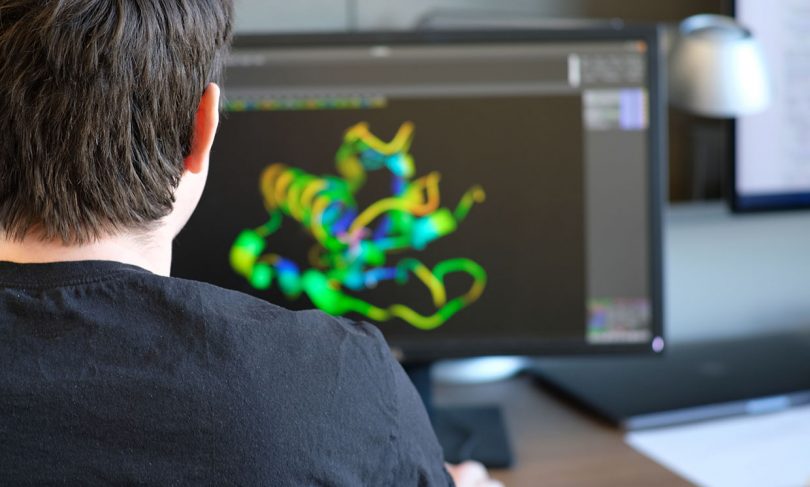 Through distributed computing networks, millions of independent PCs around the world are contributing to finding a treatment for the global pandemic

Researchers have been banking on millions of citizen-scientists around the world to help identify new treatments for COVID-19. Much of that work is being done through distributed computing projects that utilize the surplus processing power of PCs to carry out various compute-intensive tasks.

One such project is Folding@home, which helped model how the spike protein of SARS-CoV-2 binds with the ACE2 receptor of human cells to cause infection. Started at Stanford University in 2000, Folding@home is currently based at the Washington University School of Medicine in St. Louis; it undertakes research into various cancers, and neurological and infectious diseases by studying the movement of proteins.

Proteins are made up of a sequence of amino acids that fold into specific structural forms. A protein’s shape is critical in its ability to undertake its specific function. Viruses have proteins that enable them to suppress a host’s immune system, invade cells, and replicate.

Greg Bowman, director of Folding@home, says, “We’re basically building maps of what these viral proteins can do… [The distributed computing network] is like having people around the globe jump in their cars and drive around their local neighborhoods and send us back their GPS coordinates at regular intervals. If we can develop detailed maps of these important viral proteins, we can identify the best drug compounds or antibodies to interfere with the virus and its ability to infect and spread.”

After Covid-19 was declared a global pandemic, Folding@home prioritized research related to the new virus. The number of devices running its software shot up from some 30,000 to over 4 million as a result. Tech behemoths such as Microsoft, Amazon, AMD, Cisco, and others have loaned computing power to Folding@home. The European Organization for Nuclear Research (CERN) has freed up 10,000 CPU cores to add to the project, and the Spanish premier soccer league La Liga has chipped in with its supercomputer that is otherwise dedicated to fighting piracy.

While Folding@home models how proteins fold, another distributed computing project called Rosetta@home—this one at the University of Washington Institute for Protein Design (IPD)—predicts the final folded shape of the protein. Though the projects are quite different, they are complementary.

“A big difference…is that the Rosetta@home distributed computing is…directly contributing to the design of new proteins… These calculations are trying to craft brand new proteins with new functions,” says Ian C. Haydon, science communications manager and former researcher at IPD. He adds that the Rosetta@home community, which comprises about 3.3 million instances of the software, has helped the research team come up with more than 2 million candidate antiviral proteins that recognize the coronavirus’s spike protein and bind very tightly to it. When that happens, the spike is no longer able to recognize or infect a human cell.

“At this point, we’ve tested more than 100,000 of what we think are the most promising options,” Haydon says. “We’re working with collaborators who were able to show that the best of these antiviral proteins…do keep the coronavirus from being able to infect human cells…. [What’s more,] they have a potency that looks at least as good if not better than the best known antibodies.”

There are many possible outcomes for this line of research, Haydon says. “Probably the fastest thing that could emerge… [is a] diagnostic…tool that would let you detect whether or not the virus is present.” Since this doesn’t have to go into a human body, the testing and approval process is likely to be quicker. “These proteins could [also] become a therapy that…slows down or blocks the virus from being able to replicate once it’s already in the human body… They may even be useful as prophylactic.”