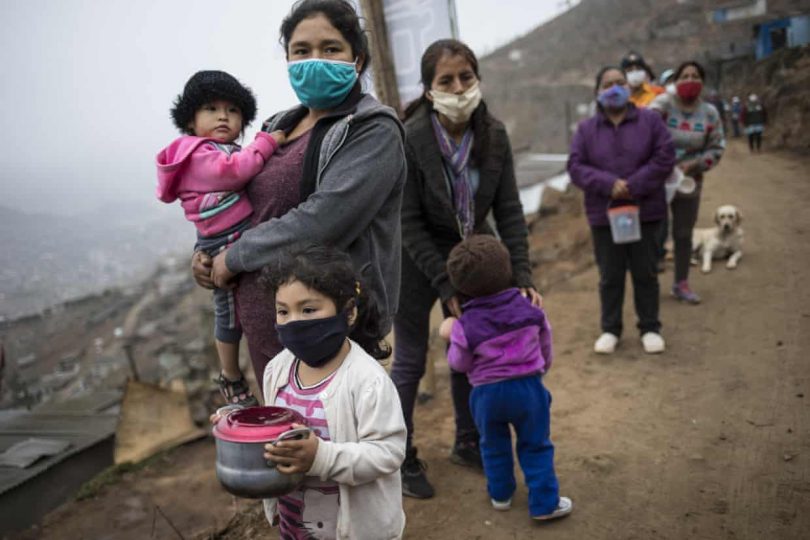 Poverty is suddenly all over the front page. As coronavirus ravages the globe, its wholly disproportionate impact on poor people and marginalised communities is inescapable. Hundreds of millions of people are being pushed into poverty and unemployment, with woeful support in most places, alongside a huge expansion in hunger, homelessness, and dangerous work.

How could the poverty narrative have turned on a dime? Until just a few months ago, many were celebrating the imminent end of poverty; now it’s everywhere. The explanation is simple. Over the past decade, world leaders, philanthropists and pundits have embraced a deceptively optimistic narrative about the world’s progress against poverty. It has been lauded as one of the “greatest human achievements”, a feat seen “never before in human history” and an “unprecedented” accomplishment. But the success story was always highly misleading.

As I show in my final report as UN special rapporteur on extreme poverty and human rights, almost all of these rosy accounts rely on one measure – the World Bank’s $1.90 (£1.50) a day international poverty line – which is widely misunderstood, flawed and yields a deceptively positive picture. It has generated an undue sense of satisfaction and a dangerous complacency with the status quo.

Under that line, the number of people in “extreme poverty” fell from 1.9 billion in 1990 to 736 million in 2015. But the dramatic drop is only possible with a scandalously unambitious benchmark, which aims to ensure a mere miserable subsistence. The best evidence shows it doesn’t even cover the cost of food or housing in many countries. And it obscures poverty among women and those often excluded from official surveys, such as migrant workers and refugees. Much of the touted decline is due to rising incomes in a single country, China.

The consequences of this highly unrealistic picture of progress against poverty have been devastating.

First, it is attributed to economic growth, justifying a “pro-growth” agenda characterised by deregulation, privatisation, lower taxes for corporations and the wealthy, easy movement of money across borders and excessive legal protections for capital. In my six years investigating governments’ anti-poverty efforts for the UN, I encountered this convenient alibi time and time again. Everything from tax breaks for the super-rich to destructive mega-projects that extract wealth from the global south are lauded as efforts to reduce poverty, when they do no such thing.

Presenting the agenda of the wealthy as the best road to poverty alleviation has entirely upended the social contract and redefined the public good as helping the rich get richer.

Second, the progress narrative has been used to drown out the appalling results so often brought about by this perversion of pro-growth policies. Many of the countries that have achieved great growth in GDP have also experienced exploding inequality, rising hunger, unaffordable health and housing costs, persistent racial wealth gaps, the proliferation of jobs that don’t pay a living wage, the dismantling of social safety nets and ecological devastation. These phenomena, directly related to neoliberal policies, are unaccounted for in the tale of heroic gains against poverty.

Third, the rosy picture painted by the World Bank’s most publicised poverty measure has encouraged complacency. Billions of people face few opportunities, preventable death and remain too poor to enjoy basic human rights. About half the world, 3.4 billion people, lives on less than $5.50 a day, and that number has barely declined since 1990. Even high-income countries with ample resources have failed to seriously reduce poverty rates.

The coronavirus has merely lifted the lid off the pre-existing pandemic of poverty. Covid-19 arrived in a world where poverty, extreme inequality and disregard for human life are thriving, and in which legal and economic policies are designed to create and sustain wealth for the powerful, but not end poverty. This is the political choice that has been made.

Nowhere are these problems more evident than the UN’s sustainable development goals, which are clearly not going to be met without drastic recalibration. The SDG framework places immense and mistaken faith in growth and the private sector, rather than envisioning states as the key agents of change and embracing policies that will redistribute wealth and address precarity.

Until governments take seriously the human right to an adequate standard of living, the poverty pandemic will long outlive coronavirus. This requires them to stop hiding behind the World Bank’s miserable subsistence line and abandon triumphalism about the imminent end of poverty. Deeper social and economic transformation is imperative, to avert a climate catastrophe, provide universal social protection, achieve redistribution through tax justice and ultimately to really get on track to ending poverty.

• Philip Alston is John Norton Pomeroy professor of law at New York University School of Law and co-chair of the Center for Human Rights and Global Justice. He was the UN special rapporteur on extreme poverty and human rights from 2014-2020