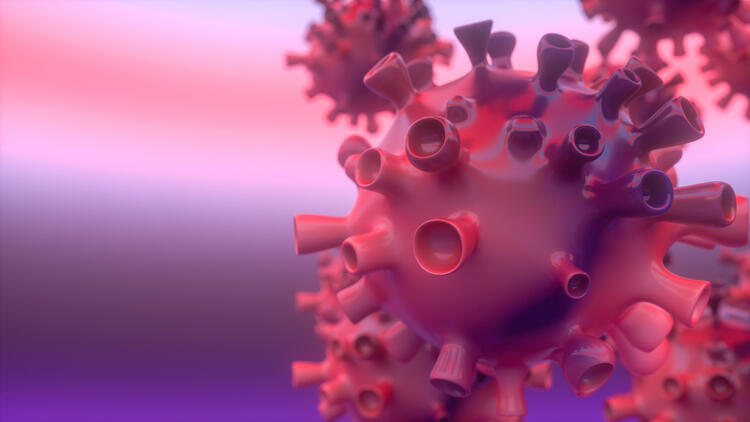 This spring, researchers at Regeneron’s Westchester headquarters found themselves in one of the country’s first coronavirus hot spots.

In January, as a frightening new virus filled hospital wards in Wuhan, China, Stephanie Giordano, a 25-year-old researcher at the drugmaker Regeneron, in a suburb of New York City, began working on a treatment for the disease.

By March, the deadly coronavirus had hit home. Fearing she would get infected on the train that took her to the lab every day, she moved from her apartment in East Harlem to an Airbnb five minutes from the company’s headquarters in Tarrytown, in Westchester County.

Then her mother, a nurse’s assistant who cared for newborn babies at a Long Island hospital, was reassigned to a Covid-19 ward where she tended to older people struggling to breathe. No drug could help these patients — or her, if she were to get sick, too.

“I had somebody on the line that I really cared about,” Ms. Giordano said recently. “And I wanted to see her make it through this.”

Ms. Giordano, the youngest member of the company’s five-person rapid response team for infectious diseases, helped develop what many consider one of the most promising new treatments for Covid-19, which has now infected more than 12 million people around the world, and killed more than 549,000.

She worked in the lab until 10 many nights and through weekends, screening thousands of antibodies — the weapons of the immune system that seek out and destroy viruses — in search of the most powerful ones. The result was a cocktail of two antibodies that might not only treat the virus, but prevent it by giving the body the same natural defenses that people infected with it produce on their own.

The Trump administration this week gave a major boost to Regeneron’s treatment, awarding the company $450 million to manufacture and supply as many as 300,000 doses as treatments or 1.3 million doses to prevent infection. That’s in addition to $160 million in federal money the company had already received to run clinical trials and ramp up manufacturing. After the treatment passed an initial safety study, Regeneron’s broader trials to evaluate the product’s efficacy got underway.

Dr. Francis S. Collins, the director of the National Institutes of Health, recently singled out the treatment as the most likely to pan out soon. “If I had to pick one, I think the monoclonal antibody cocktails have a lot going for them,” Dr. Collins said at a Senate hearing last week. “There’s all kinds of reasons to think this is the kind of virus it should work for.”

If the trials are successful, company executives have said the treatment could be available by the end of the summer. The hope is that it could serve as a stopgap until a vaccine arrives by providing temporary protection to people at high risk of getting infected.

Regeneron is making a significant gamble, ramping up manufacturing of the antibody cocktail before clinical trials have even proved that it works. The most lucrative drugs it makes for other diseases have been relocated to a factory in Ireland.

It’s unclear which of these projects — if any — will succeed. Drug development is notoriously unpredictable: Just last week, Regeneron announced that an older monoclonal antibody drug, the rheumatoid arthritis treatment Kevzara, had failed to help patients critically ill with Covid-19.

Still, scientists and investors alike are closely watching Regeneron, which developed a treatment for Ebola with this same technology. That treatment was tested during the most recent Ebola outbreak in the Democratic Republic of Congo, which began in 2018 and ended in June. Together with a new Ebola vaccine, the treatment was credited with reducing the deadliness of the outbreak.

Regeneron’s track record of developing a similar treatment for Ebola “doesn’t mean they will have a better product, but it does make me relieved that they will not fumble,” said Ronny Gal, an analyst for Bernstein, a Wall Street firm.

And Regeneron has taken this all-hands-on-deck approach to Covid-19 in one of the hardest-hit areas of the country. In Westchester County, more than 35,000 people have been infected and more than 1,500 people have died.

Ms. Giordano, a research and development associate with a bachelor’s degree in chemistry from Fordham University, had just transferred to Regeneron’s viral infectious disease group in January when the researchers noticed a report about a new virus in Wuhan on an international alert system known as ProMED.

Christos Kyratsous, the company’s vice president of research for infectious diseases, said his team ordered a synthetic genome of the virus from an outside company, but while they waited for it to arrive, “the number of infections simply exploded.” While Dr. Kyratsous’s team closely watches any new viruses, the way it spread across Wuhan “convinced us that this was something worth spending our resources and our time on.”

Regeneron has built its business on what Dr. Schleifer, one of the company’s founders, calls its “magical mice” — animals that have been genetically engineered to have human immune systems. The mice are infected with harmless viruses that trigger the animals to produce human antibodies. Those antibodies can then be screened for the ones that work best, and then mass-produced in stainless steel vats known as bioreactors.

The technology drove one of the company’s biggest blockbusters, the eczema drug Dupixent, as well as the treatment for Ebola.

Dr. Schleifer said he realized the company would need to turn its full attention to developing a treatment in late January, when a news program showed construction vehicles breaking ground on a vast hospital in Wuhan.

“They said they were going to build a hospital in five days,” he recalled. “I said to myself, ‘Holy cow, OK, this doesn’t happen just for the fun of it.’”

In early February, Regeneron expanded a collaboration with the federal government to begin working on the coronavirus treatment. It also started ramping up manufacturing of the antibodies.

Usually, “you don’t scale it up until you’ve got something that’s proven,” Dr. Schleifer said. “We knew that the ordinary course of business could not work here. We knew that we needed to get as much capacity as possible.”

Dr. Schleifer said the company decided to move its existing products to its plant in Ireland to ensure that the antibody treatment would be made in the United States and available to treat Americans. The pandemic has already led some countries, such as India, to limit exports of drugs that might treat Covid-19, and the United States has snapped up the global supply of another treatment, remdesivir.

“There was scary stuff going on in the world about, you know, countries closing borders,” he said. “We wanted to manufacture as much as we could as close to where the processes were being developed.”

The company started its work by collecting as many coronavirus antibodies as possible, both through infecting its magic mice, and from the donated blood of coronavirus survivors.

Those antibodies were handed off to Ms. Giordano’s team, which identified the ones that fought off the virus most powerfully.

Ms. Giordano’s role was to help develop a phony coronavirus to test against the company’s antibody candidates — one that, though not harmful, would stand in for the real thing. “It was like three years of work in — I want to say — maybe like a month and a half,” she said.

By the end of February, she was clocking 90 hours a week. In March, as the coronavirus arrived in Westchester, she moved to the Airbnb apartment in White Plains — the owners gave her a significant discount when she explained what she was working on.

As her mother began caring for Covid-19 patients, the two exchanged photos of each other in their protective gear.

“You guys are hero’s!!!!!!!” Ms. Giordano texted in April to her mother, who had sent photos of herself and her co-workers in protective gowns, gloves, face shields and masks. “Love ur double glove technique.”

Ms. Giordano said that thinking about her mother and her colleagues being at risk of infection kept her going during the grueling days. “Because otherwise I think I would have broken down and cried a lot.”

As the cases in Westchester County mounted and the state locked down, officials at Regeneron scrambled to keep their labs open without putting employees in danger.

“We were truly petrified that we would have this cure that we knew we had to develop, but all of our scientists would get sick and we wouldn’t be able to do it,” Dr. Schleifer said.

Like many other businesses, the company sent nonessential workers home — including Dr. Schleifer, who did conference calls and television appearances from a bedroom in his home. They redirected some cars used by sales representatives to workers who would otherwise rely on public transportation. They staggered researchers’ shifts so fewer people were in the labs at once.

In late April, the company set up a drive-through testing site in its parking lot, and now requires all employees to get tested at least once every two weeks.

Ms. Giordano and her colleagues, working long hours, took turns grocery shopping at Whole Foods, taking orders for the group. She recalled getting home late one night, eating a bag of defrosted broccoli and carrots for dinner, then collapsing.

In April, the scientists selected their lead candidates for the two-antibody cocktail that would eventually enter clinical trials.

Ms. Giordano turned 25. The group celebrated with a chocolate cake covered in sprinkles. She cut her own bangs. She downloaded the new album by the Strokes, and played it on tiny speakers next to her lab station. (Lana Del Rey was in heavier rotation earlier in the pandemic, she said, because “I needed something melodramatic and just kind of soothing in the background.”)

Ms. Giordano was listed as an author on two articles in the journal Science describing how Regeneron’s researchers had selected the antibody cocktail, including their reasoning that, by using two antibodies, they could help prevent resistance to the treatment.

Now, like everyone else, Ms. Giordano is waiting to see if the antibody treatment will succeed in clinical trials.

While antibody treatments have shown promise in the past, “the real question is how well will they work for Covid?” said Angela Rasmussen, a virologist at Columbia University. “And that’s something that’s really hard to say, because we’ve only known about this virus for seven months.”

The clinical trials will test how well the antibodies work for three groups: people who are hospitalized, those who are mildly ill and those who have been exposed to someone with the virus. The product will be given as an infusion for people who are sick, and as a lower-dose injection when it is used for prevention. The preliminary results are expected by late summer.

The most intense phase of Ms. Giordano’s work on the treatment is now over, and her work schedule has mainly returned to normal. She moved to a new apartment in Greenpoint, Brooklyn, and, as the outbreak ebbed in New York, her mother went back to caring for babies.

She knows the treatment may not ultimately work. “It’s so scary,” she said. But she tries to focus on the science, not her fears.

“We did our best, and we tried everything that we could to make something that works,” she said. “And I think that’s enough for now.”