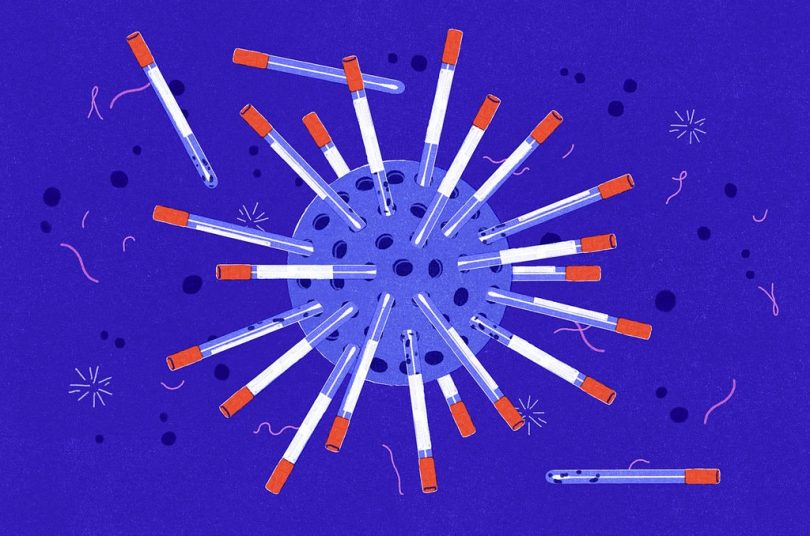 Current tests have a high rate of false negative or false positive results. Smart testing would “help ensure that the right test is given to the right person at the right time.”

As Covid-19 continues to wreak havoc in communities around the country, many people are seeking tests for evidence either of the virus itself or antibodies to it, an indicator of past infection.

Whatever the result, experts say, test seekers face challenges. Those fearing a current infection may have been exposed too long ago to still have active virus — or too recently to have enough virus lurking in their noses, throats or saliva to show up on a test. Even four days after close contact with a person who is shedding the novel coronavirus, 40 percent of tests that come back negative will likely be false.

Thus, even if a test for Covid-19 is negative, anyone knowingly exposed to the virus is advised to self-isolate for 14 days. And those who develop symptoms consistent with Covid-19 should isolate throughout the entire illness plus three more days after they recover.

Late in June there were long lines for testing, noted Dr. Howard Bauchner, the editor of JAMA. He said that if people have been well and not knowingly exposed to the virus there’s no reason for them to be tested. Overuse of testing clogs up the testing lines, he said, and could make it more difficult for people truly infected to get a test that would help protect others (unless, of course, the test is part of contact tracing or a community-mandated pool to spot a potential outbreak).

In an interview with Dr. Bauchner, Dr. Anne Schuchat, principal deputy director of the Centers for Disease Control and Prevention, said that people are sometimes disappointed when the test is negative. However, she added, if you develop symptoms, you should stay home to avoid infecting others and let people you were with during the previous three or four days know they are at risk.

Many other test seekers hope that they have already had Covid-19 and now have antibodies circulating in their blood that could protect them until an effective vaccine is available. Alas, antibody tests are much less reliable than tests for the virus itself. This is especially the case among people whose illness was relatively mild and failed to stimulate a readily detectable immune response. Or they may have produced antibodies early on that are no longer detectable.

A further caveat: The F.B.I. warned last week that scammers were advertising fraudulent antibody tests, and urged those seeking a test to consult the Food and Drug Administration’s website for an approved list of tests and testing companies.

In an interview, Michael T. Osterholm, professor of public health at the University of Minnesota and an expert on infectious disease, described the current testing scene as “the wild, wild West.”

A big unknown about Covid antibodies is the level one needs — or even what kind of antibodies are needed at a given moment — to prevent illness. It’s also unknown how long immunity might last. Based on an online report in the journal Nature, Dr. F. Perry Wilson of Yale School of Medicine pointed out that “about 20 percent to 30 percent of people” who recovered from Covid-19 did not have antibody levels significantly greater than those who never were infected.

The two main types of antibodies relevant to Covid-19 are immunoglobulin M, which the body generates during an active infection but that gradually dissipate, and immunoglobulin G, which are long-term antibodies. But Dr. Wilson emphasized: “The mere presence of antibodies does not mean that those antibodies are protective.”

Of the majority of people who do make antibodies, are they so-called neutralizing antibodies that can stop the virus from multiplying? In a laboratory study of plasma from 111 recovered Covid-19 patients treated at Rockefeller University Hospital in New York, 33 percent had too few neutralizing antibodies to prevent a reinfection. “The results here were not so encouraging,” Dr. Wilson observed.

To help both medical professionals and lay individuals make the best possible use of Covid tests, the Center for Infectious Disease Research and Policy at the University of Minnesota compiled a document on “smart testing to help ensure that the right test is given to the right person at the right time, with test results provided in a timely manner to allow for actions that minimize illness, deaths, and transmission.”

There are two critical hallmarks of a reliable test that can detect true-positive and true-negative results: sensitivity and specificity. Sensitivity refers to “how well it correctly identifies those who have the virus infection or antibodies,” the center’s document explains. “A test with low sensitivity will produce more false-negative results compared with a test that has higher sensitivity.”

Specificity of a test refers to “how well it correctly identifies those who do not have” a Covid-19 infection or antibodies to it. Early in the pandemic in this country, the test endorsed by the White House was insufficiently sensitive and specific, potentially missing a significant number of infections, the Food and Drug Administration reported mid-May.

You might think any test with 95 percent sensitivity and 95 percent specificity would be highly accurate. But while these would be great grades on an organic chemistry final, the ability of such a test to render a reliable result is extremely poor: 50 percent of the positive results would not be true positives, Dr. Osterholm said. (You’ll have to take my word for this — explaining the statistics would require half a column!)

“I can’t recommend testing willy-nilly,” he said. “We have to be smart about it.”

Kelly Wroblewski, infectious disease director at the Association of Public Health Laboratories in Silver Spring, Md., explained that when there’s a relatively low prevalence of disease, as is currently the case with Covid-19, the chances of getting false-positive results from antibody tests increase. Scott Becker, director of the association, said such results convey a misleading message that “I’m safe, I can get on with my life.”

“Relying on testing as the be-all and end-all doesn’t make sense,” Ms. Wroblewski said. Tests for the virus represent only one point in time. A person may test negative one day and positive the next. “Testing a person every day is not practical,” she said. “Limiting exposure to people, not repeated testing, will help us the most.”

As for antibody tests, the document stated, “At this time, it is not clear whether antibodies are protective, for how long, and at what level. Given the high likelihood of false-positive tests in a population with low antibody prevalence, antibody test results should be interpreted cautiously.”