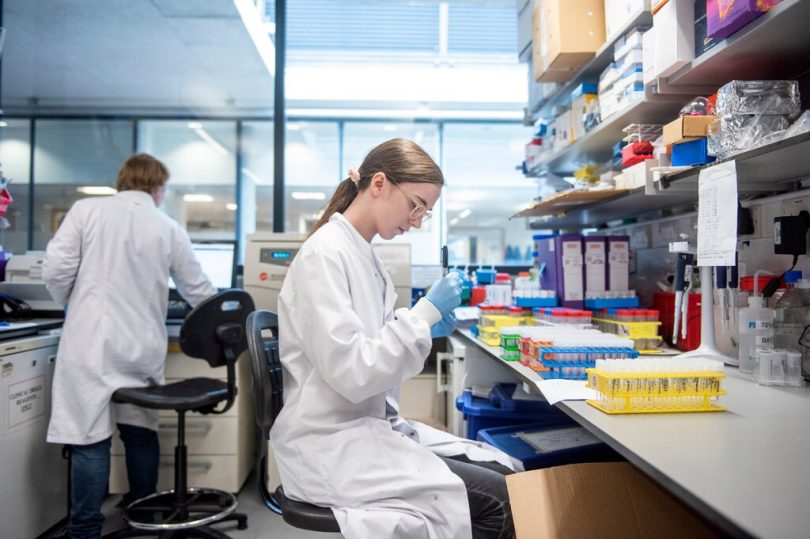 Early trials showed a good immune response in vaccinated subjects, but one researcher sounded a note of caution: “There is still a long way to go.”

LONDON — The race for a vaccine against the coronavirus intensified on Monday as three competing laboratories released promising results from early trials in humans.

Now comes the hard part: proving that any of the vaccines protects against the virus, and establishing how much immunity they provide — and for how long.

“What this means is that each of these vaccines is worth taking all the way through to a Phase III study,” said Dr. Peter Jay Hotez, a vaccine researcher at the Baylor College of Medicine. “That is it. All it means is ‘worth pursuing.’” Phase III trials test how well a drug works.

Two of the vaccine developers — the first, a partnership between Oxford University and the British-Swedish drug maker AstraZeneca; the second, the Chinese company CanSino Biologics — published their early results as peer-reviewed studies in The Lancet, a British medical journal.

A joint venture between the drug giant Pfizer and the German company BioNTech shared results online before peer review, and invited comparisons to the biotech company Moderna, which uses a similar technology and released early results last week.

All the developers that released results on Monday said their vaccines had produced strong immune responses with only minor side effects.

“They all look really good,” said Prof. Stacey Schultz-Cherry of the St. Jude Children’s Research Hospital, arguing that more than one vaccine would be necessary to address the needs of varying demographic groups.

All of the developers asserted that their vaccines elicited antibody levels similar to those seen in patients who have recovered from Covid-19.

But scientists cautioned that the antibody responses in convalescing patients varied widely, and that even matching those responses did not necessarily guarantee any degree of immunity.

“It does not really tell you whether the vaccine is going to protect,” said Prof. John P. Moore of Weill Cornell Medical College.

The developers who announced their early results Monday all indicated that any immunity was likely to require a second, booster dose of its vaccine.

The partnership between Oxford and AstraZeneca may be the most closely watched vaccine effort.

The United States, Britain and several other governments and nonprofit groups have already agreed to pay hundreds of millions of dollars for a total of two billion doses even before the vaccine’s efficacy has been proven. And British and American officials believe Russia sought to spy on the Oxford research.

It was also the first vaccine to enter Phase III trials.

The Oxford study released on Monday analyzed a few hundred participants who had received the vaccine in an earlier safety trial. Of those, only 10 received a booster shot, and they showed the most promising immune response.

“There is still a long way to go,” said Prof. Sarah Gilbert of Oxford, who is leading development of the vaccine.

The CanSino vaccine, tested in a trial of about 500 participants in China, appeared least likely to be effective, based on the early results released so far, scientists said. “Pretty weak compared to other vaccine candidates (to the extent that comparisons are possible),” Professor Moore noted in a summary of the results.

Both the Oxford and CanSino vaccines work by altering the genes of another common virus — the adenovirus — so that it harmlessly mimics the coronavirus and induces an immune response.

The Oxford vaccine exploits an adenovirus found in chimps; humans do not already have antibodies against it. The CanSino vaccine, on the other hand, travels on the back of a widespread adenovirus that causes the common cold in humans, and so pre-existing defenses against that adenovirus in many people appear to thwart the vaccine, scientists said.

The preliminary results released Monday by the Pfizer-BioNTech partnership, based on a trial with 60 participants in Germany at various dosage levels, appeared able to produce a strong immune response. The vaccine uses the same kind of specially engineered genetic material, mRNA, as the Moderna vaccine, and the early results from Pfizer-BioNTech may suggest an even stronger immune response, scientists said.

But the scientists cautioned that no response in a lab test guarantees that a vaccine will prevent a disease. And comparing the immune responses ascribed to the various vaccines is almost impossible because the reports are not standardized.

What’s more, none of the trials has been able to measure results over more than a few weeks, raising questions about the longer term effects of the vaccines.

Professor Hotez argued that the eagerness of vaccine developers to promote such inconclusive results may actually undermine more immediate public health efforts to control the virus, like wearing masks and social distancing.

“All the hype makes it seem like a miracle is around the corner,” he said, “and that is just not the case. This is not going to be a quick fix. This is going to take years to sort out.”