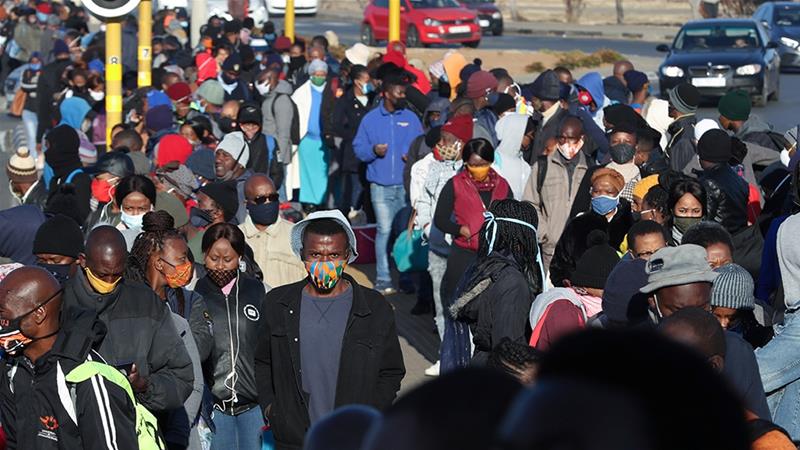 The World Health Organization (WHO) voiced alarm on Monday at the spread of COVID-19 in Africa, warning South Africa’s surging numbers could be a “precursor” for outbreaks across the continent.

“I am very concerned right now that we are beginning to see an acceleration of disease in Africa,” WHO’s emergencies chief Michael Ryan told a virtual news conference.

Until recently, Africa remained relatively unscathed by the pandemic compared with rising numbers in other parts of the world.

With more than 15,000 deaths and close to 725,000 cases, the continent remains the world’s second-least affected after Oceania. But the situation has become increasingly worrying, particularly in South Africa.

On Saturday, South Africa reported a surge of 13,373 new cases, the fourth-largest globally.

The country, which over the weekend, saw its death toll from coronavirus pass the 5,000 mark with more than 350,000 infections, is by far Africa’s hardest-hit.

Ryan warned the situation there could be seen as “a warning” for what the rest of the continent might have in store.

“While South Africa is experiencing a very, very severe event, I think it is really a marker of what the continent could face if urgent action is not taken to provide further support,” he said.

“South Africa may, unfortunately, be a precursor, it may be a warning for what will happen in the rest of Africa.”

Ryan pointed out South Africa’s outbreak began earlier than those in a number of other African countries. It first spread in wealthier areas but has now moved to poorer and more rural areas.

“Therefore, South Africa is experiencing that acceleration,” he said, stressing though it was no faster than elsewhere on the continent.

While South Africa’s numbers were by far the largest, they had “only” increased by 30 percent in the past week, he said.

By comparison, numbers in Kenya increased by 31 percent, in Madagascar by 50 percent, in Zambia by 57 percent, and in Namibia by 69 percent.

“I think what we are starting to see is a continued acceleration of transmission in a number of countries,” he said. “This isn’t just a wake-up call for South Africa … We need to take what is happening in Africa very, very seriously.”