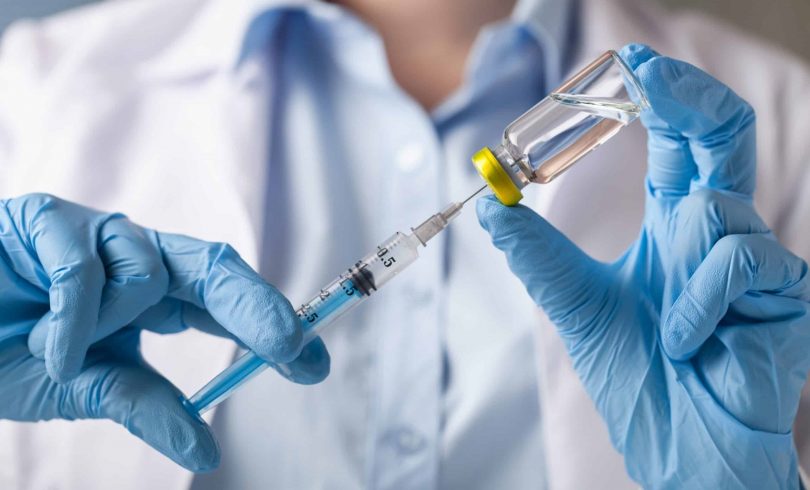 What is a Vaccine? When And How Did Vaccines Make Their Way Into Our Lives?

Since their creation, human beings have developed by living within nature and observing it. It is suggested that single-celled creatures were created before human beings, and even some creatures multiplied from aquatic single-celled creatures. However, the creator of human beings must have created microorganisms together with them. In the absence of microorganisms in the digestive system or in the absence of bacteria such as the intestinal flora (for example, cellulitic bacteria that break down cellulose), it would be difficult to digest the food and we would not be able to produce some vitamins and take advantage of what we eat. The presence of microorganisms called flora in our mouths, intestines, and hair follicles prevent the settlement of pathogenic microorganisms with the help of various enzymes and some substances secreted by them (bacteriocins). When this balance of microbiota developed in a healthy body is disrupted, diseases begin to emerge. Apart from these microorganisms that make up the flora, there are infectious agents that cause illnesses even in small quantities. Smallpox, tuberculosis, rabies, brucellosis, salmonellosis, influenza, measles, mumps, hepatitis A, B, C, HIV, tetanus, and malaria can be listed among such diseases.  The current COVID-19 pandemic was named SARS-CoV-2 because it is a coronavirus (SARS-CoV) similar to the SARS infection that developed in China in 2002. 99.9% of the microorganisms on earth are useful. However, there are so many types of bacteria, viruses, fungi, and parasites that human beings still need to strive to remain healthy and care for cleanliness/hygiene.

Central-Asian societies have been engaged in livestock production to survive for thousands of years.  It is known that Turks domesticated the horse. Domestication of the horse has made close what is distant for human beings. The invention of the wheel is another development.  Observing animals and watching which weeds they were rubbing when they had a wound, human beings actually discovered many natural drugs with the help of animals.

Observing that the animals which did not die of viral smallpox in sheep and goats never had smallpox (sheeppox-capripox) again, the Turks dried the smallpox scabs under the sun, subjected them to a series of processes, applied them on the skin of healthy animals (vaccination) and observed that they never came down with the same disease. It is known that Razi (Muhammad ibn Zakariya al-Razi) and Avicenna defined smallpox and measles very well in the 10th century AD and recorded the modes of transmission. Such vaccinations applied within Turkic tribes for centuries were applied among all human beings in time. People experienced considerable casualties out of smallpox in many parts of the world. Many people died in Europe in the early 1700s because of smallpox. The small number of smallpox casualties in Istanbul attracted the attention of the people and travelers of these countries.

Lady Mary Wortley Montegue, the wife of England’s Ambassador to Istanbul at the time, (She lost her first husband and father to smallpox. She was sick for a long time out of smallpox, which led to the presence of smallpox pits on her face and the loss of her eyelashes) vaccinated her son in 1715.

It is understood that many English travelers wandering around the lands of the Far East and the Ottoman Empire conveyed various observations to their country in various forms long before the letters of Monteque. When he returned from Istanbul (Pera and Galata) to England in 1712, Dr. Edward Tarry reported his observations regarding over 4,000 people vaccinated against smallpox (=variolation). Returning to his country at the end of the same year and at the beginning of 1713, Richard Waller collected more detailed information about variolation on behalf of the Royal Society between 1710 and 1714. In 1713, Emmanouil Timonis wrote very detailed letters in Latin to the President of the Royal Academy John Woodward from Istanbul and stated that “the vaccine he defined as “smallpox by incision” is a form of treatment where pustular materials collected from healthy children can be applied to people of all ages, result in only minor diseases and what must be considered as the most important point is not to eat meat for 20 days”. Peter Kennedy, a Scottish surgeon visiting Istanbul in 1715, published an article about his take on variolation or, in his own words, “the revelation of smallpox” and identified the collection of smallpox scar liquid on the 12th day of infection as the vaccine material, talked about the storage thereof in a warm environment and the injection thereof by making a small incision into the skin. This flow of information from Turkey to England continued with Jacob de Castro Sarmento and many more people in 1721 and it turns out that the letters of Lady Monteque constituted the most effective incident in lighting the touch paper. 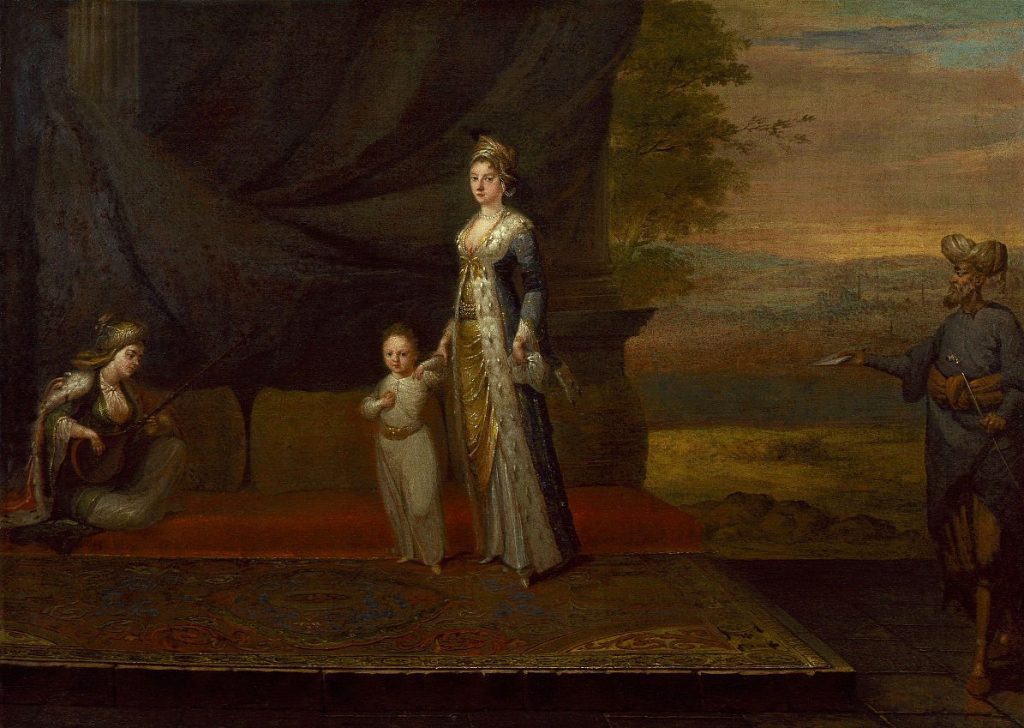 The first vaccine intended for human beings and developed through scientific methods in the evidence of such information was introduced by Dr. Edward Jenner (1798) out of the bovine smallpox virus. Inspired by a girl engaged in cow dairying in Bristol boasting that “I will never have smallpox and my face will never be ugly…” and probably by similar anamneses from other patients engaged in dairying, Edward Jenner initiated vaccine testing out of bovine smallpox pustules in London in 1778.

Louis Pasteur coincidentally invented the first attenuated live bacterial vaccine (Pasteurella aviseptica)  but out of good observation. Besides, Pasteur was also privileged to develop the first anthrax vaccine.  After Pasteur invented the rabies vaccine in 1875, the Ottoman Empire sent three specialists from Turkey to France, where they acquired knowledge on the vaccine in a short period of time and Dr. Zeoros Pasha opened the rabies laboratory in Istanbul in 1887 and started producing the rabies vaccine. The first country where the rabies vaccine was produced following France was Turkey.  The Institute of Bacteriology was opened for medical and veterinary medicine training in 1894 and then, Pendik Veterinary Bacteriology Institute was established in 1901. Nikolaki Mavraoğlu prepared the Sheep Smallpox Vaccine in 1910 with the help of the method he learned from Borrel in France. Dr. Maurice Nicolle and Adil Mustafa (1899-1902) were the first researchers to find and publish that the cattle plague was a virus passing through the filters.

Both public and private institutions still produce animal vaccines. Vaccines intended for human use were produced at Refik Saydam Hygiene Institute (Ankara) until 1980s. The last product manufactured here was BCG vaccine whose production was halted in 1998. The main reason for giving up production was the failure to adapt to new technologies in terms of infrastructure and more importantly, the failure to support qualified human resources.  While vaccines were produced for its own people as well as other countries, all vaccines have been imported since 1990s.

Many scientists around the world have considerably served humankind by working on human and animal vaccines. Many vaccines have been developed and are still under development for human use with regard to diseases such as measles, polio (Salk-Sabin vaccine), diphtheria, tetanus, pertussis, tuberculosis (BCG), HPV, malaria, hepatitis B and so on and for animals with regard to diseases such as brucella, rabies, anthrax, enterotoxemia, peste des petits ruminants, animal malaria (T. annulata), Contagious Caprine Pleuropneumonia (CCPP), paratuberculosis, bovine ephemeral fever, mastitis, equine plague and so on. Vaccines are the most economical way to keep people and animals healthy and to protect them from epidemics/pandemics and the destruction of individual infections. Vaccines have not only reduced the mass deaths of human beings but also extended their life span.

A vaccine can be prepared by generating and replicating a pathogenic microorganism with the help of its inactive cells killed by heat or chemical agents, its inactivated toxins and attenuated live forms while it can also be produced by the extraction and synthesis of the forms of microorganisms that are most effective for protection against diseases by natural methods thanks to advanced scientific techniques or by using the proteins acquired through the recombination and synthesis of the proteins-genes of the relevant constructs with those of other harmless microorganisms.  In recent years, research is going on for the direct use of these gene particles (DNA, RNA) as vaccine antigens.

Today, vaccine research and development studies are so fast that it is possible to conduct genetic analyses for the causes of diseases and to carry out epidemiological monitoring for pandemics. It is also possible to determine whether there is any phenotypical-genotypical mutation among countries and regions and in silico analyses put forth whether such changes cause any difference regarding antigenic constructs. Besides, it is also possible to analyze whether an existing vaccine will prove to be useful prior to its use.

It is known that the COVID-19 pandemic that originated in China and is currently present in all countries across the world was caused by a coronavirus with a single-stranded RNA structure (SARS-CoV-2).  117 different research teams from various countries around the world are trying to develop a vaccine against the pandemic emerging with various mortality rates in different societies via many small mutations as of April 16, 2020.  In Turkey, many scientific teams are working day and night for developing vaccines and drugs against the COVID-19 with the help of various techniques via the attempts of TUBITAK (The Scientific and Technological Research Council of Turkey) and TUSEB (the Turkish Presidency of Health Institutes).

You protect one life by practicing medicine while you can protect thousands of lives via preventive medicine.