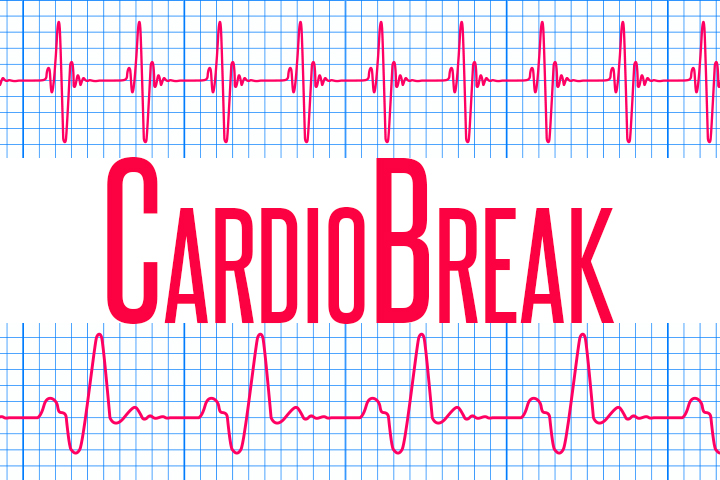 Among the “really well-powered, rigorously designed clinical trials” NIH is set to launch for COVID-19 is the ACTIV-4 umbrella of antithrombotic studies, with at least three adaptive platform clinical trials on safety and effectiveness of various agents for adults. (STAT, NIH)

Heparin, as well as an analogue without anticoagulant properties, worked on par with remdesivir in inhibiting SARS-CoV-2 infection in mammalian cells — apparently acting as a decoy for the virus to attach to instead of the ACE2 receptor on cells. (Cell Discovery)

Dexmedetomidine started at cardiac surgery anesthesia induction and continued for 24 hours afterward did not decrease postoperative atrial arrhythmias or delirium in the DECADE trial. (The Lancet)

All-cause mortality was reduced 32% with cardiac rehabilitation, but less than a third of those eligible participated even in universally insured Netherlands, a study showed in JAMA Network Open.

The 2019 European guidelines on PCSK9 inhibitors “rendered half of all post-acute coronary syndrome patients potentially eligible” for the class, whereas the eligibility rate was three-fold lower with the 2018 American guidelines. (European Journal of Preventive Cardiology)

Randomly deferring stenting in favor of intensive medical therapy for stable ischemic heart disease in diabetes reduced death and MI in a simulation model, suggesting fractional flow guidance-based deferral’s benefits might not have anything to do with hemodynamics after all. (Heart)

So you want a diverse trial population … an editorial in STAT notes what’s worked for transthyretin amyloidosis trials.

A case of Kawasaki-like multiorgan inflammatory syndrome associated with COVID-19 in a 21-year-old was reported in Lancet Rheumatology and a case in a 45-year-old appeared in The Lancet.

Icosapent ethyl (Vascepa) significantly reduced coronary revascularization in prespecified and post hoc analyses of the REDUCE-IT trial in results presented at the virtual American Society of Preventive Cardiology meeting, with Amarin touting the early effect by 11 months of follow-up.

Smoking was associated with a four-fold risk of brain aneurysm in women. (Journal of Neurology, Neurosurgery & Psychiatry)