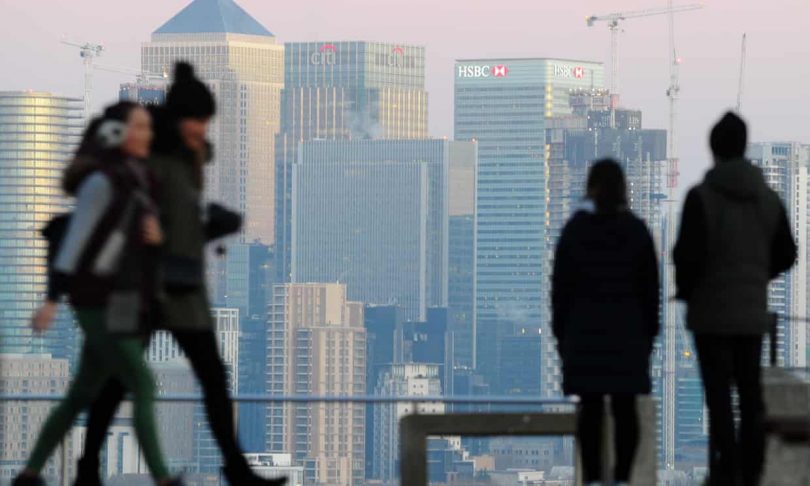 Two workers, an epidemiologist and a psychologist explore the highs and lows of returning to the office post-lockdown

Office life may never return to how it once was says organisational psychologist John Amaechi – and nor should it. “We can’t ask employees if they are ready to return to the office when employers aren’t ready, and they are not if they have not adjusted to the cultural shift we have witnessed.”

Installing hand sanitiser and temperature checks appear to be the least complicated aspect of preparing offices for post-lockdown, said Amaechi, who works with dozens of FTSE 100 companies on how best to organise and operate their workplace culture.

One of his clients recently noted that at least 200 of its company offices would never re-open again. Others are consulting on how to reconfigure working culture when surveys indicate that productivity has remained high during the pandemic.

“Offices were built on archaic principles, on old-fashioned ideas around presenteeism, mostly to suit men who like to strut around and influence and manage in that way,” said Amaechi. “We already know open plan offices are bad for productivity. Your manager does not need to be six feet away from you to know you are working. Your colleague does not need to know your pee schedule. We now have so much data to show workers can be more productive given autonomy so there is little to gain from destroying the trust that has been built with employees and forcing them back into a building now if they do not want to return.”

Instead, argues Amaechi, the pandemic has accelerated an opportunity for organisations to radically rethink. Co-working hubs designed just for meetings, flexible working patterns and investment in remote working are all mooted. “If your company is in Hampshire, you can still hire someone in Hull,” says Amaechi. “The long commute at the same time as everyone else, the 9-5 office structure, not going home until your boss has left, this is not what the future of work looks like.”

Relaxing restrictions raises expectations there will be an increased spread of Covid-19, warned epidemiologist Rowland Kao, of Edinburgh University. And opening up offices is just another route to such a spread.

“However, we’ve got to get back to something close to normal,” he acknowledged. “On the other hand, we will need to do that in a way that does not risk overwhelming local authorities who will have to deal with new outbreaks when they occur. We need to get the balance right. So it’s a matter of whether or not you’re straining the resources that are available.”

And at present, infection rates are staying relatively stable, Kao told the Observer. “There have been some regional outbreaks but no massive changes. So that is a good sign.”

Kao also argued that there will have to be more and more reliance on the population to behave in ways that are sensible. “However, the government needs to have clear guidance as to what it wants and expects people have to do in these respects. People need good advice and making sure that is given is going to be crucial.

“Regular hand-washing and wearing a face-mask should have a positive impact. But the question is how much mitigation will that have? We will need answers to those questions.”

I started my new job on 18 March and it was my first and only day in the office. I was given a laptop and a building pass and met my manager and then, well, that was it. I’ve never met my colleagues and I’ve never worked from home before. I miss getting dressed and going out to work – I miss the structure. Obviously, it’s really weird to be sort of new and sometimes be in audio-only meetings where I’m not sure who is speaking, but I am getting to know colleagues over Skype calls and some of them through Facebook and Instagram.

When I took the job, I had been told it was a really social team and that there was baking on Fridays but obviously, it’s unlikely we’ll be able to share cakes even when we do go back.

Right now, I don’t even appreciate it’s the end of the week or the weekend because the days blur. I’ll start at 9am, sometimes hit a post-lunch slump and then sometimes pick stuff up again from 6pm to 9pm. If I was in the office, I know I’d only have to concentrate for that block of time that I was there and I think I could be more productive.

It’s important for me because I always kept my home space so separate from work, I never even did uni work at home because I need the distinction between the two spaces. Now, me and my boyfriend are both trying to do our jobs from our flat.

It’s a young company and I think most younger employees will find this situation easier than someone my age who knows a world before the internet. In some roles, particularly the designers, people are flourishing. They enjoy the peace and quiet and being able to get things done. I hate it! I live alone and have set up desk on the kitchen diner. It’s bad for my back and it’s definitely taken a toll on my mental health. I’m one of those people who very much thrives off the banter of an office environment. Now I’ve found I’m turning down more social invitations than I would have been doing, I think, if I was working in an office again.

There are discussions on how we would have 50% of the office in at any time, but no one really is in a rush. I don’t think I would feel unsafe cycling in and wearing a mask and using hand sanitiser. Things are still rough out there, I completely understand some people are scared and they don’t want to come to the office or use public transport and meet new clients. I totally understand it, even though I think I would personally be comfortable wearing a mask and keeping a distance. We should be given the right to make a personal choice.