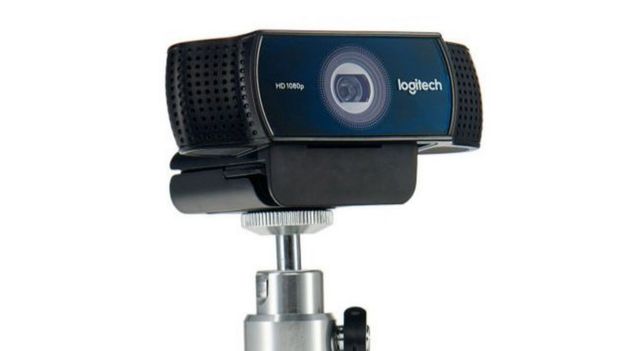 As Covid-19 lockdowns took effect around the world, millions turned to remote working and organising virtual hangouts with friends.

Even now, the initial surge in demand, in March, has barely abated, with manufacturers struggling to satisfy the many consumers trying to buy.

And while some consumers have been successful, there is plenty of evidence many more are still searching in vain.

But many users prefer dedicated devices that may offer higher video resolution or be easier to position using, for example, a tripod.

Logitech has started shipping its webcams by air freight instead of sea, to reach retailers as fast as possible.

“We are still chasing demand at this point,” a spokesman says.

“Production is at full throttle.

“Going forward, supply could remain tight but we expect it to improve.”

And he expected another surge in sales from students returning to university virtually in the autumn.

In the UK, Amazon, Currys and Argos all have certain webcam models available for sale.

But many – including the most popular products made by companies such as Logitech, Microsoft and Razer – are regularly listed as out of stock.

“I tried for months to find one for my mum,” says Matt Obee, a software designer in the UK.

“She wanted to join in with her normal activities from home.”

“I could only find a few with stupidly inflated prices, or unrecognisable brands,” he says.

And when a friend bought Mr Obee’s mother a webcam with a brand name he did not know, it seemed to cause software problems on her computer and Zoom kept crashing.

Eventually, he managed to buy her one from Curry’s – a bit more expensive than the model he had intended to purchase but it did work as expected.

“I didn’t expect that we’d have to spend months searching,” he adds.

In California, cosplayer and streamer Monika Lee already has two webcams but would like a third for cooking demonstrations from her kitchen.

“It’s more important than ever to connect with people,” she says.

Her need for the camera is “pretty frivolous”, she says.

But she is unhappy with the quality of the inbuilt laptop camera she has been using.

And while the specific model of webcam she wants is back in stock, on Amazon, its price has gone up.

Similar frustrations faced game-streamer Casey Thornton, in the US, who goes by the pseudonym D3ityCthulhu.

He waited three months before he was able to purchase a camera online.

“I bought the first one available, then the day it got delivered a better one came back into stock. Just my luck,” says the retired US Marine Corps veteran, who is disabled as a result of major foot surgeries he underwent while on active duty.

Resulting nerve damage and arthritis limit what work he can do, but he says he hopes to make a living from gaming online.

“I don’t think any retailer realized how crazy the webcams were going to sell in this period of time,” he adds.https://www.pocket-lint.com/

The pandemic caught the webcam market by surprise and it is understandable manufacturers have struggled to keep up, says Stuart Miles, founder of gadget news site Pocket-lint.com.

“It was an industry that was just ticking along, nobody was really that excited by it,” he says.

“Suddenly, through lockdown, we’ve been forced into doing Zoom calls and quizzes and trying to keep connected working from home.”

Some camera companies are offering software updates, he says.

“You might see further innovation in lighting or [companies] selling lights to wrap around your laptop screen to deliver a better lighting experience,” Mr Miles adds.