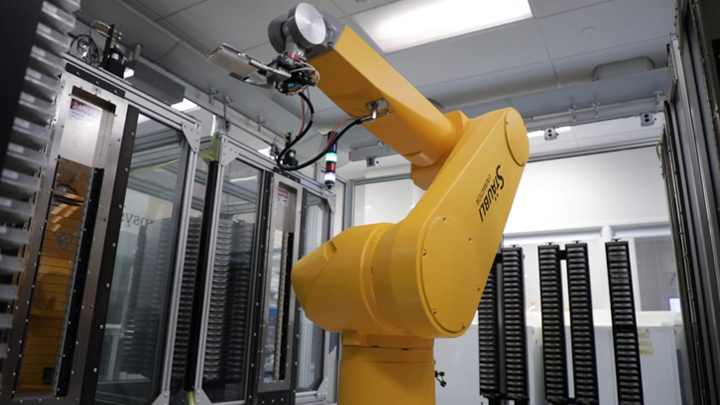 It usually takes more than a decade to develop a safe, effective anti-viral therapy. But, when it comes to coronavirus disease 2019 (COVID-19), we don’t have that kind of time. One way to speed the process may be to put some old drugs to work against this new disease threat. This is generally referred to as “drug repurposing.”

NIH has been doing everything possible to encourage screens of existing drugs that have been shown safe for human use. In a recent NIH-funded study in the journal Nature, researchers screened a chemical “library” that contained nearly 12,000 existing drug compounds for their potential activity against SARS-CoV-2, the novel coronavirus that causes COVID-19 [1]. The results? In tests in both non-human primate and human cell lines grown in laboratory conditions, 21 of these existing drugs showed potential for repurposing to thwart the novel coronavirus—13 of them at doses that likely could be safely given to people. The majority of these drugs have been tested in clinical trials for use in HIV, autoimmune diseases, osteoporosis, and other conditions.

In collaboration with Yuen Kwok-Yung’s team at the University of Hong Kong, the researchers first developed a high-throughput method that enabled them to screen rapidly each of the 11,987 drug compounds in the ReFRAME library for their potential to block SARS-CoV-2 in cells grown in the lab. The first round of testing narrowed the list of possible COVID-19 drugs to about 300. Next, using lower concentrations of the drugs in cells exposed to a second strain of SARS-CoV-2, they further narrowed the list to 100 compounds that could reliably limit growth of the coronavirus by at least 40 percent.

Generally speaking, an effective anti-viral drug is expected to show greater activity as its concentration is increased. So, Chanda’s team then tested those 100 drugs for evidence of such a dose-response relationship. Twenty-one of them passed this test. This group included remdesivir, a drug originally developed for Ebola virus disease and recently authorized by the U.S. Food and Drug Administration (FDA) for emergency use in the treatment of COVID-19. Remdesivir could now be considered a positive control.

These findings raised another intriguing question: Could any of the other drugs with a dose-response relationship work well in combination with remdesivir to block SARS-CoV-2 infection? Indeed, the researchers found that four of them could.

Further study showed that some of the most promising drugs on the list reduced the number of SARS-CoV-2 infected cells by 65 to 85 percent. The most potent of these was apilimod, a drug that has been evaluated in clinical trials for treating Crohn’s disease, rheumatoid arthritis, and other autoimmune conditions. Apilimod is now being evaluated in the clinic for its ability to prevent the progression of COVID-19. Another potential antiviral to emerge from the study is clofazimine, a 70-year old FDA-approved drug that is on the World Health Organization’s list of essential medicines for the treatment of leprosy.

Overall, the findings suggest that there may be quite a few existing drugs and/or experimental drugs fairly far along in the development pipeline that have potential to be repurposed for treating COVID-19. What’s more, some of them might also work well in combination with remdesivir, or perhaps other drugs, as treatment “cocktails,” such as those used to successfully treat HIV and hepatitis C.

This is just one of a wide variety of drug screening efforts that are underway, using different libraries and different assays to detect activity against SARS-CoV-2. The NIH’s National Center for Advancing Translational Sciences has established an open data portal to collect all of these data as quickly and openly as possible. As NIH continues its efforts to use the power of science to end the COVID-19 pandemic, it is critically important that we explore as many avenues as possible for developing diagnostics, treatments, and vaccines.