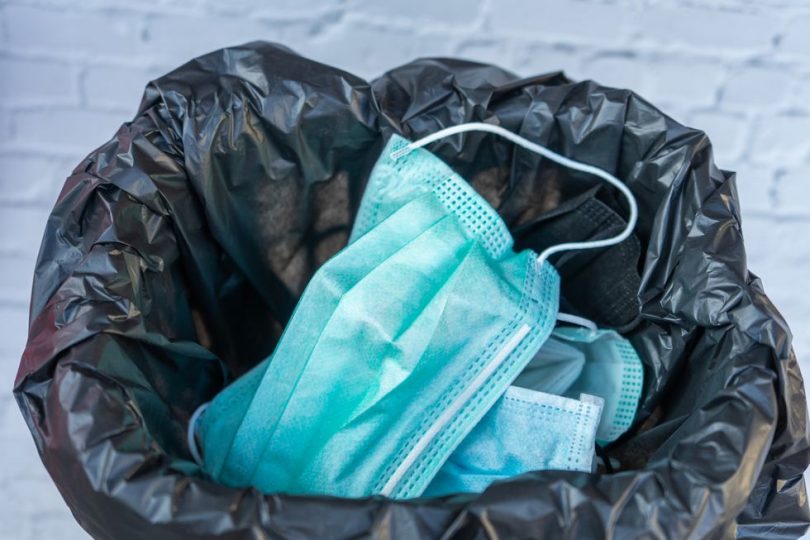 The world’s disposable PPE doesn’t have to go to waste.

“Once these plastic materials are discharged into environment they end up in the land fills or oceans as their natural degradation is difficult at ambient temperature. They need decades to get decomposed by the microbial organism,” the researchers explain.

“The other way is to [recycle] these polymers include physical methods and chemical methods. […] Chemical processing of polypropylene is one of the most promising method. It involves thermal cracking of large hydrocarbon chains, known as pyrolysis. It is an efficient and economical method of recycling polypropylene.”

During a quick steam bath between 300 and 400 degrees Celsius for 60 minutes, they explain, polypropylene gives up the ghost quickly. The structure is easily broken down in a reaction called scission (like scissors), which tears up the polymer chain. After that, the newly freed pieces reassociate and ultimately yield liquid oil. The researchers round up a body of pyrolysis research as supporting evidence for the approach they’re suggesting.

Sapna Jain, lead author of the paper, says the goal is to think about what will happen to a many-times-increased supply of PPE that’s necessary to slow the spread of COVID-19. This has required more plastic, or at least has required plastic to be rerouted into manufacturing of PPE. But, Jain says, the process for turning this specific kind of plastic into biofuel is well established and relatively simple. The researchers explain:

“The polymer which is largely used in making of PPE is [Polypropylene], a non woven material that can be used once. Pyrolysis is a thermo-chemical plastic waste treatment technique that […] involves thermal degradation of long-chain polymer molecules into simple, smaller molecules. Pyrolysis does not require prior separation of different types of waste plastics, thus a mixture of plastics can also be converted into liquid fuel.”

In the U.S., there has been an ongoing shortage of PPE for medical personnel and others. Equipment designed to be worn for one day, or even part of one day, is being extended to a lifetime of 15 days. Part of that is because China has virtually cornered the market, keeping Chinese-made PPE within China and rapidly expanding the industry by building new factories (and pressing marginalized Uighur people into labor). Even if they wanted to send millions every day, cargo ships are a disease vector.

That raises another question about the idea of recycling polypropylene into liquid biofuel. Protective gear that’s packed and stored for recycling carries virtually no active virus particulate at all, but does a scientific furnace at over 750 degrees Fahrenheit kill the virus?

The right kind of UV light in the right dose can break down the lipid envelope, but fire may not. It can, at least, help turn discarded PPE into something useful that will help going forward.