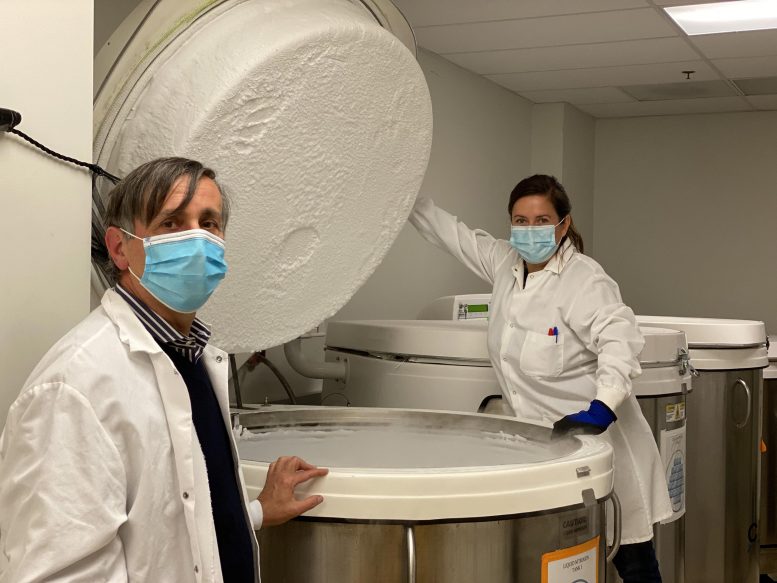 Your immune system’s “memory” T cells keep track of the viruses they have seen before. This immune cell memory gives the cells a headstart in recognizing and fighting off repeat invaders.

The research, published on August 4, 2020, in Science, may explain why some people have milder COVID-19 cases than others — though the researchers emphasize that this is speculation and much more data is needed.

“We have now proven that, in some people, pre-existing T cell memory against common cold coronaviruses can cross-recognize SARS-CoV-2, down to the exact molecular structures,” says LJI Research Assistant Professor Daniela Weiskopf, Ph.D., who co-led the new study with LJI Professor Alessandro Sette, Dr. Biol. Sci. “This could help explain why some people show milder symptoms of disease while others get severely sick.”

“Immune reactivity may translate to different degrees of protection,” adds Sette. “Having a strong T cell response, or a better T cell response may give you the opportunity to mount a much quicker and stronger response.”

The new work builds on a recent Cell paper from the Sette Lab and the lab of LJI Professor Shane Crotty, Ph.D., which showed that 40 to 60 percent of people never exposed to SARS-CoV-2 had T cells that reacted to the virus. Their immune systems recognized fragments of the virus it had never seen before. This finding turned out to be a global phenomenon and was reported in people from the Netherlands, Germany, the United Kingdom and Singapore.

Scientists wondered if these T cells came from people who had previously been exposed to common cold coronaviruses — what Sette calls SARS-CoV-2’s “less dangerous cousins.” If so, was exposure to these cold viruses leading to immune memory against SARS-CoV-2?

For the new study, the researchers relied on a set of samples collected from study participants who had never been exposed to SARS-CoV-2. They defined the exact sites of the virus that are responsible for the cross-reactive T cell response. Their analysis showed that unexposed individuals can produce a range of memory T cells that are equally reactive against SARS-CoV-2 and four types of common cold coronaviruses.

This discovery suggests that fighting off a common cold coronavirus can indeed teach the T cell compartment to recognize some parts of SARS-CoV-2 and provides evidence for the hypothesis that common cold viruses can, in fact, induce cross-reactive T cell memory against SARS-CoV-2.

“We knew there was pre-existing reactivity, and this study provides very strong direct molecular evidence that memory T cells can ‘see’ sequences that are very similar between common cold coronaviruses and SARS-CoV-2,” says Sette.

Looking closer, the researchers found that while some cross-reactive T cells targeted the SARS-CoV-2’s spike protein, the region of the virus that recognizes and binds to human cells, pre-existing immune memory was also directed to other SARS-CoV-2 proteins. This finding is relevant, Sette explains, since most vaccine candidates target mostly the spike protein. These findings suggest the hypothesis that inclusion of additional SARS-CoV-2 targets might enhance the potential to take advantage of this cross reactivity and could further enhance vaccine potency.