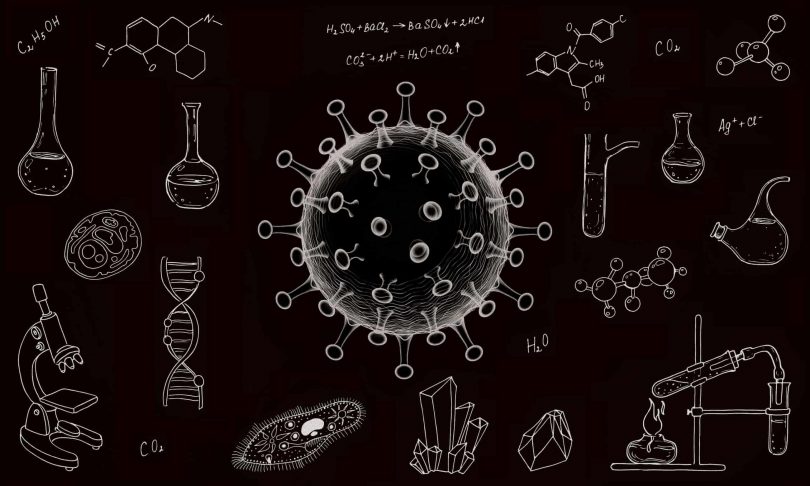 As schools around the world prepare to reopen, new scientific evidence about children and coronavirus is coming to light

Back in April, the French epidemiologist Arnaud Fontanet found himself leading an investigation in the town of Crépy-en-Valois, a small community of 15,000 inhabitants just to the north-east of Paris. In February, the town’s middle and high schools had become the centre of a new outbreak of Covid-19.

Fontanet and colleagues from the Pasteur Institute in Paris were tasked with conducting antibody testing across Crépy-en-Valois to understand the extent to which the virus had been circulating. As they surveyed the town, they noted an interesting pattern. While the virus had spread rampantly through the high school, with 38% of students being infected, along with 43% of teachers and 59% of non-teaching staff, the same was not true for the town’s six primary schools. While three primary-age pupils had caught Covid-19 in early February, none of these infections had led to a secondary case. Overall, just 9% of primary age pupils, 7% of teachers and 4% of non-teaching staff had been infected with the virus.

“These results showed us that teenagers are just as contagious as adults,” said Fontanet. “But in the younger age groups, it’s a different story. They do not seem to transmit it to the same extent.”

Similar findings have emerged elsewhere. A new epidemiological study of 65,000 people in South Korea, which traced contacts of people infected between late January and late March, has revealed that while children aged 10-19 can spread the virus just as well as adults, those younger than 10 transmit it to others much less often.

Potential reasons for this abound. Some have suggested that young children have a lower viral load than teenagers and adults – although the evidence for this remains somewhat unclear – or that they exhale less air, so reducing their chances of passing on the virus.

Perhaps more simply, it may just be that the vast majority of young children tend to be either asymptomatic or have very mild symptoms when they contract Covid-19. In one of the largest studies of paediatric Covid-19 patients, based on the medical records of 2,143 children across China, 94% were classified as being either asymptomatic, mild or moderate cases.

“This means they may be less likely to have a cough, and so release smaller amounts of virus into the environment,” explains Zoë Hyde, an epidemiologist at the University of Western Australia.

This all suggests that when it comes to the delicate process of working out the best ways to reopen schools en masse while protecting the local community, the biggest need for stringent precautions such as testing, social distancing and masks will be at secondary level.

How can schools be kept safe?

Between April and early June, about 20 countries – from the UK to South Africa – tentatively began to reopen schools. While this experiment had a few failures – China, South Korea and Israel all had to shut some schools again after new outbreaks – it also yielded a number of interesting patterns to learn from ahead of more large-scale openings this autumn.

Different nations have applied different strategies to their schools as a means of keeping the virus at bay, from compulsory daily temperature readings in Vietnam, to random swab testing in Uruguay. Emiliana Vegas, co-director at Brookings Center for Universal Education in Washington, has been monitoring these various approaches. Overall, she says that a combination of keeping class sizes small and asking older children to wear masks and socially distance appears to be the most effective way of keeping schools and communities safe.

The former strategy has been used effectively over the past few months in Finland and Denmark. Large classes have been broken up into smaller pods of 15 to 20 students, who are taught separately and allowed to congregate in the playground, where the open air reduces the likelihood of virus transmission. “Having the pods means that if one person gets infected, you don’t have to quarantine the entire school,” says Vegas. “It also makes contact tracing much easier when cases occur.”

But scientists point out that the most appropriate measures vary from country to country, depending on the amount of virus circulating in communities. Where clusters of new cases are still regularly occurring, stricter social distancing measures may be needed, as well as compulsory masking.

“The stance taken on masking in schools must depend on the magnitude of outbreak,” says Otto Helve, a paediatric infectious disease specialist at the Finnish Institute for Health and Welfare. “In Israel, for example, where masks are compulsory for all students, there is a worse outbreak in society, but the classes in schools are also bigger and the classrooms generally smaller. Also, children spend much more time together in enclosed spaces, such as school buses, compared with Finland, where children tend to walk to school.”

There are, however, concerns about applying strict social distancing and masking policies to younger age groups, particularly given the growing evidence that they are far less likely to spread the virus. Vegas points out that for primary-age children, being able to play with peers is important for their development. And there are worries that masks could lead to behavioural problems, especially in the western world where children are not used to wearing face coverings during seasonal flu outbreaks. “Young children take a lot of cues about how to behave from the facial expressions of adults and others in their class,” says Vegas.

In the past month, some policymakers have introduced exceptions for those below a certain age. In Uruguay, masks are compulsory for secondary school students, but optional for younger children; in France, day centres have abandoned all distancing rules for those under five.

Why are children less affected by the virus than adults?

Given the precautions being taken around school reopenings, it is easy to forget that children are less affected by Covid-19 than adults, accounting for an estimated 2% of confirmed cases.

This is odd given that, for most respiratory viruses, young children are typically infected far more easily than adults due to their lack of pre-existing immunity. But this pattern was also seen during the original Sars outbreak in 2003, when children were largely unaffected. Less than 10% of those diagnosed with Sars were children, and only 5% of children infected required intensive care.

One possible biological explanation is that the ACE2 receptor – the keyhole that both the Sars-CoV and Sars-CoV-2 viruses use to invade the cells of the lungs – is developmentally regulated. “This means that when you’re very young, you have very low concentrations of this protein, making it more difficult for the virus to bind to the respiratory surface,” says Coffin. “And then, as you get older and older, the concentration of this protein increases.”

Another theory is that in the case of Sars and Covid-19, children have ironically been protected by the fact that they have less developed immune systems. Many of the fatalities in adults have occurred due to an excessively strong immune reaction known as a cytokine storm. Some think that past exposure to other coronaviruses decades earlier may cause the adult immune system to produce antibodies to target a previous threat, rather than the new virus, instigating an abnormal response. This is a phenomenon known as original antigenic sin, and has been seen in other infectious diseases such as dengue fever.

But there are still a very small number of children who become severely ill as a result of Covid-19. Since April, children around the world have been reported with a condition known as multi-system inflammatory syndrome (MIS-C). This affects the heart and other major organs in the body, including the stomach, liver and intestines, and in a few cases it has proved fatal.

Petter Brodin, a paediatrics specialist at the Karolinska University hospital in Sweden, has been studying a series of children with MIS-C over the past couple of months in an attempt to understand why it develops.

Because the symptoms of MIS-C typically begin four to six weeks after the initial infection, long after the Sars-CoV-2 virus has left the child’s body, he believes that the immune response gradually malfunctions. The antibodies originally produced to target the virus’s proteins instead cross-react with proteins on the surfaces of various organ systems, causing the body to attack itself.

Scientists still do not understand why this only occurs in certain children, but Brodin believes that part of the puzzle is because Covid-19 is a completely new disease, one which the developing immune system is not always prepared to deal with, causing this extreme reaction in a small proportion of cases.

“This virus is very much widespread at the moment and it’s not every day that a new virus comes up and starts spreading in a population,” he says. “Maybe if a new flu virus strain which was completely different from anything else emerged and began spreading, we would see the same thing.”

The UK government’s Department for Education has released a series of guidelines for schools ahead of next month’s planned reopening in full. Scotland’s schools reopen tomorrow and have their own broadly similar guidance. While both place emphasis on the importance of creating “bubbles” within classes and encouraging social distancing in the classroom between older students, much is left to the judgment of individual schools.

Kamlesh Khunti, professor of vascular medicine at the University of Leicester and a member of the Independent Sage panel, has suggested that UK schools should follow the example of some of the Nordic nations. “In Denmark, the average class sizes were around 20 students prior to Covid-19, but now they are dividing classes into two to three smaller groups,” he said. “They have recommended pupils sit six feet apart and wash hands every two hours.”

At the moment, Public Health England does not recommend the use of face coverings in schools even at secondary level, despite the evidence suggesting that older children are at greater risk of transmitting Covid-19. In contrast, the Centers for Disease Control and Prevention in the US have recently published recommendations that all children should wear face coverings in schools except those under two years old.

“There is very little evidence on the use of face masks in schools, but, overall, children should be encouraged to wear face coverings while the population levels of positive cases are high,” says Khunti. “In countries like China, South Korea, Japan, wearing masks in schools is widely accepted and even worn during the flu season.”