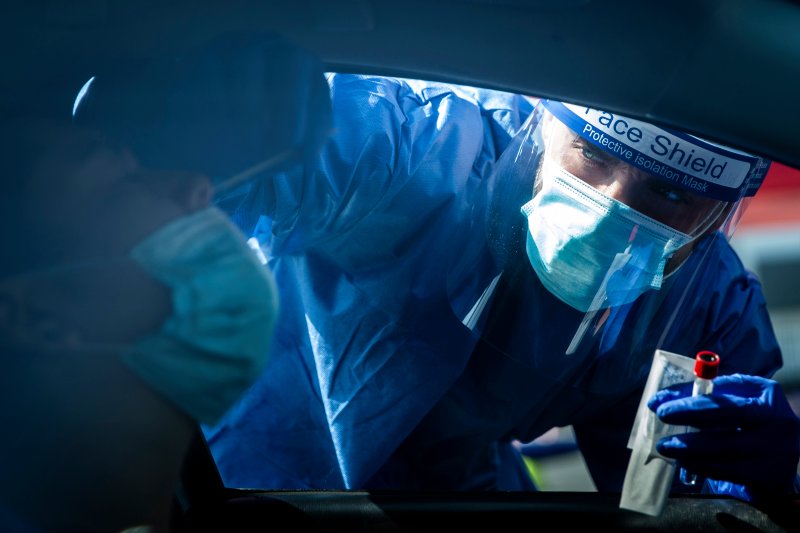 America’s testing infrastructure is collapsing. As coronavirus cases surge around the country, laboratories are facing crippling shortages of key supplies and growing backlogs of samples. In many states, it now takes 10-15 days to get test results – rendering these tests useless as a tool to prevent transmission and bring the pandemic under control. For most people, the peak period of infectiousness lasts about a week. And, in the middle of this testing collapse, cities and towns are preparing to return millions of children to school this fall with neither the intention nor the capability to test them. At this critical moment in our nation’s fight against COVID-19, it is time to radically rethink our approach to testing. The way forward is not a perfect test, but one offering rapid results.

Over the past months, much of the conversation around testing has focused on accuracy. Tests have been touted for their high sensitivities, correctly identifying more than 98% of positive cases. The intuition is clear: we want a test that won’t miss positive cases and send infected individuals back into the world to spread the virus. These qPCR tests have become the backbone of our testing infrastructure, yet their high costs and slow rates of analysis have undermined any attempt to put their high sensitivities to good use. CDC analyses suggest that we are identifying only about 1 in 10 cases of COVID-19, mostly because we are testing so few people. This means that from a public health perspective, the ability to identify and isolate positive cases that matters most for disease control is only about 10 percent. By putting a premium on the accuracy of tests, we fail to test a majority of people with COVID-19 and these built in delays actually undermine our ability to timely identify cases which is the key purpose for widespread testing.

Imagine spitting on a special strip of paper every morning and being told two minutes later whether you were positive for COVID-19. If everyone in the United States did this daily, we would dramatically drop our transmission rates and bring the pandemic under control. Schools and businesses could reopen with the peace of mind that infectious individuals had been identified and were staying home. Michael Mina of the Harvard School of Public Health has been a major proponent of this idea, and has pushed the idea of a $1 test that the government could mass-produce and provide freely to everyone. In fact these technologies exist today. Antigen tests are significantly cheaper and faster than qPCR tests, and Quidel has already received FDA approval for their antigen-based test on a strip of paper. Another $1 antigen test has been put to use in Senegal. Many other U.S.-based companies are developing antigen tests. Why, then, have these cheap and rapid tests not become the foundation of our national testing strategy? The answer lies with test sensitivity.

Antigen tests require higher levels of virus than qPCR to return a positive result. There has been a significant pushback from those who believe it would be irresponsible to widely use a test that might miss many positive cases. But the frequency of testing and the speed of results counters that concern. The qPCR tests are currently slowing laboratories to a crawl. If everyone took an antigen test today—even identifying only 50 percent of the positives—we would still identify 50 percent of all current infections in the country – five times more than the 10 percent of cases we are likely currently identifying because we are testing so few people. Accuracy could be further increased through repeated testing and through the recognition that quicker test results would identify viral loads during the most infectious period, meaning those cases we care most about identifying – at the peak period of infectiousness—are less likely to be missed. Even better, we would be identifying these cases while they are still infectious, rather than in 10 days when the virus may have already been transmitted repeatedly. Mina and colleagues have shown through modelling that this logic holds up; speed matters much more than test sensitivity in controlling a pandemic.

The evidence makes clear it is time for a paradigm shift on testing. Our goal should be to identify and prevent every cluster and every outbreak of COVID-19. Cheap and rapid antigen testing can achieve that goal, even if the test sensitivity never matches that of qPCR. It is time for the federal government to take strong leadership on directing our resources toward this new strategy. The U.S. has the ability to print paper-strip antigen tests in massive capacities and to distribute them all over the country. It has the capability to bring antigen tests to tens of millions of Americans daily. If we do these things, we can move past 10-day delays, quash the current outbreaks, and ensure that we can safely go to work, do our shopping, and send our kids to school.