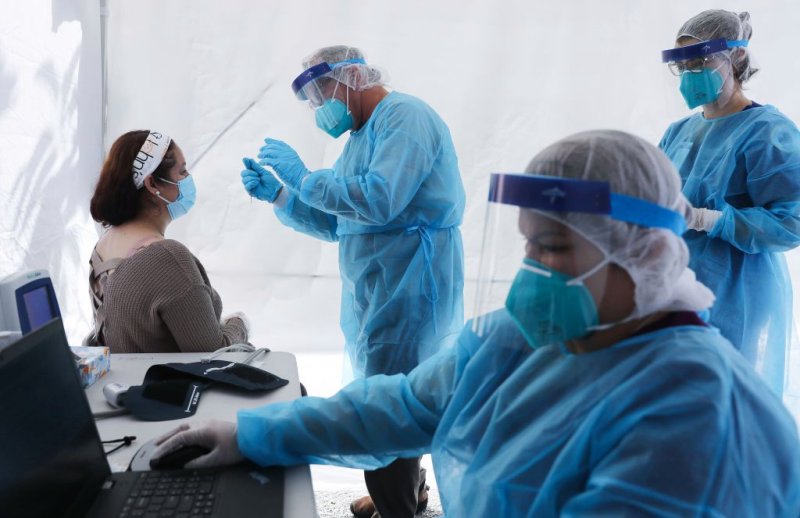 There are a lot of ways to try to capture grim milestone the world crossed Monday night when it recorded its 20 millionth case of COVID-19. It’s two Swedens, four Irelands, 10 Slovenias. It’s greater than the entire population of the state of New York. The outbreak that began in Wuhan, China in December 2019 has now spread to 188 countries and regions, touching every continent but Antarctica.

Among the top 20 countries—a list which also includes Mexico, Peru, Spain, the United Kingdom and Pakistan—there are some small but encouraging signs. Five-day moving averages are trending down in 11 of those hard-hit spots, with the U.S. among those showing some faint improvement. But the remaining nine have all seen cases rise over the same period.

As with all pandemics, the increase in caseload has not remotely been linear, and instead is accelerating rapidly. It took from December until April 2 before one million cases were recorded worldwide. The number then took less than seven weeks to quintuple to 5 million cases, on May 20. The 10 million milestone was reached just over five weeks later, on June 28. On August 6, the world hit 19 million cases—and now it’s 20 million. Looked at another way, it took nearly four months for first million people to be diagnosed, but just 4 days to record the most recent million.

Slowing that trend depends on all of those 188 countries and regions doing their part to control their infection rate, but the majority of the responsibility lies with the big five countries to flatten their domestic curves. Within the U.S., the burden falls especially on the big three states—Texas, California and Florida, which together represent more than 40% of new domestic cases over the past 14 days—to put their coronavirus genie back in the bottle. At the current global rate, the 21 million mark will be reached before the weekend.