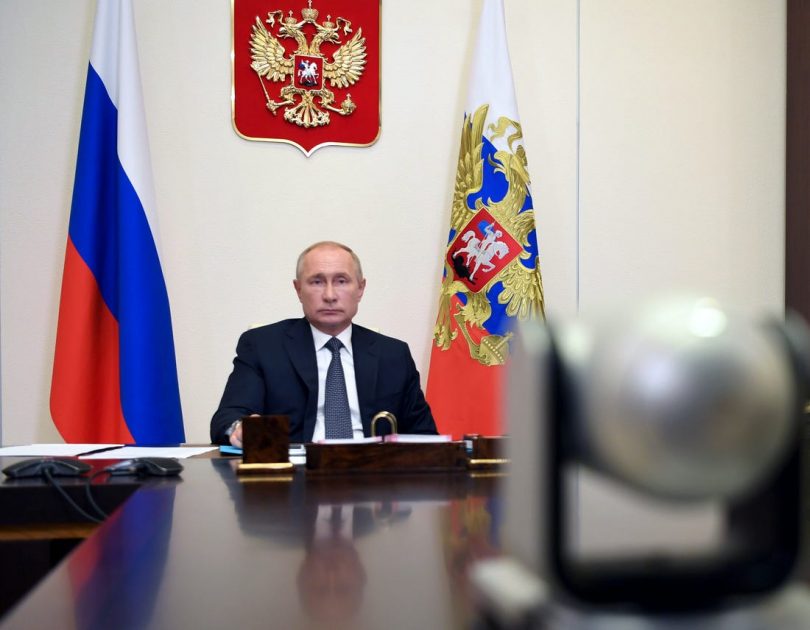 Russian President Vladimir Putin announced on Tuesday that the country’s health ministry has approved a coronavirus vaccine for widespread emergency use.

One of his daughters already got it, Putin added, with minimal side effects.

In a government meeting, Putin vouched for the safety and efficacy of the vaccine, which is named Sputnik V after the Soviet Union’s orbital satellite. He also congratulated its developers, the Gamaleya Institute in Moscow and the Russian Ministry of Defence.

“We must be grateful to those who took this first step, very important for our country, in general for the whole world,” Putin said, according to Russian news site Interfax.

Russia’s health ministry hopes to start mass producing the vaccine by October and plans to offer the first doses to essential workers like teachers and healthcare professionals.

But the announcement was met with skepticism from experts around the world as well as an independent Russian pharmaceutical organization, which suggested that the nation rushed vaccine production for political reasons. Because developers haven’t released results of early trials or begun advanced ones, many immunologists worry that people could suffer dangerous side effects.

Here’s what the Russian government says about Sputnik V, versus what the data shows so far.

Russia’s vaccine introduces bits of coronavirus protein through an adenovirus, a relatively harmless virus associated with the common cold. In theory, this should train the immune system to produce antibodies that respond to the coronavirus, theoretically generating protection against infection.

Putin is calling Sputnik V the “world’s first” coronavirus vaccine, but that doesn’t mean it’s the first to be proven safe and effective.

Sputnik V is one of more than two dozen vaccine candidates worldwide that have completed or are in the middle of phase 1 and 2 trials, according to Biocentury. These early tests typically involve giving the drug to small groups of volunteers to ensure that a vaccine candidate generates an antibody response and is generally safe.

Sputnik V’s phase 1 and 2 trials involved 76 participants in total, according to records in the US National Library of Medicine. All 38 participants who received either one or two doses in one of those trials produced antibodies. Side effects were mostly mild; they included elevated temperatures and headaches, which is similar to the findings of other vaccine trials.

But experts caution that Sputnik V’s early trial results have not undergone peer review, and that its developers have not released details that could help researchers evaluate the trials’ quality, like their full methodology and results. The vaccine also hasn’t begun its most crucial and major trial yet.

The vaccine is being administered before its phase 3 trial

Putin said on Tuesday that Sputnik V is ready for widespread citizen use.

“I repeat: It has passed all the necessary tests,” he said.

But according to the traditional standards of clinical trials, that isn’t true. The vaccine has yet to complete its phase 3 trial, a crucial step that measures a candidate’s effectiveness in a large population and can uncover rarer side effects. Phase 3 usually tests a vaccine’s safety and efficacy on thousands of people across multiple locations.

“Not sure what Russia is up to, but I certainly would not take a vaccine that hasn’t been tested in phase III. Nobody knows if it’s safe or if it works. They are putting HCWs [health care workers] and their population at risk,” Florian Krammer, an immunologist at Mount Sinai’s Icahn School of Medicine, wrote in a tweet.

But phase 3 trials are most often where many promising treatments falter. A 2016 study of 640 phase 3 trials in the US found that 344 failed — around 54%. Another study found that of 302 new drug applications submitted to the FDA after phase 3 trials, 50% were initially rejected. Nearly half of the rejected drugs were ultimately approved, however.

Globally, at least six other vaccine candidates — made by Sinovac, Sinopharm, Pfizer and BioNTech, the University of Oxford with AstraZeneca, and Moderna — have reached phase 3 trials, according to the World Health Organization. A seventh, made by CanSino Biologics, will soon begin a phase 3 trial in Saudi Arabia, according to the New York Times.

The Russian Health Ministry said on Tuesday that the vaccine is expected to provide immunity from the coronavirus for up to two years.

But researchers don’t yet know how long COVID-19 antibodies protect people from reinfection. So it’s difficult to say how long an antibody-based vaccine could provide immunity, and it may take a while for scientists figure that out. Researchers are still learning about how long mumps and yellow fever vaccines last, and those have been around for decades.

The duration of vaccine-based immunity overall can still be mysterious, Bali Pulendran, an immunologist at Stanford University, told Science Magazine in 2019.

A prominent pharmaceutical organization in Russia, the Association of Clinical Trials, urged the Russian Ministry of Health to delay registration of the vaccine in a letter published on its website on Monday.

“This is a new vaccine, it has not yet completed testing with even hundreds of people, not to mention several thousand participants in the study in phase III,” the organization wrote.

The letter also said developers had failed to follow “the gold standard” of randomized, double-blind, placebo-controlled clinical trials, instead trying to act according to a “heroic paradigm” at the expense of citizens’ safety.

“Unfortunately, the role of heroes in this case is assigned to those who did not plan to play it at all — ordinary citizens of Russia who are at risk for COVID-19,” the letter said.