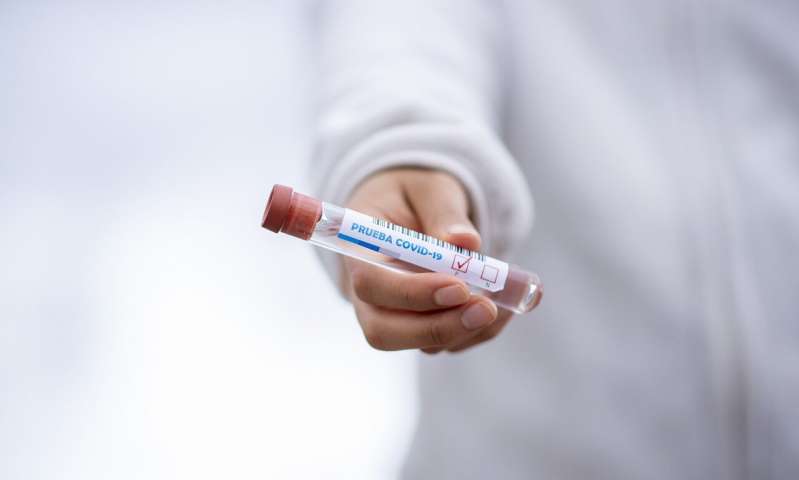 Children made up a very small proportion—just 1%—of all confirmed COVID-19 cases in England during the first wave of the coronavirus pandemic, despite the large numbers of them tested, reveals a study based on national monitoring data, and published in the Archives of Disease in Childhood.

The findings confirm that, unlike adults, children aren’t an important source of COVID-19 infection, say the researchers.

Children account for only a small proportion of confirmed cases of COVID-19. But it’s not clear if this is due to low levels of testing or higher than expected death rates.

To compare disease trends in adults and children during the first wave of the coronavirus pandemic in England between January and May 2020, the researchers reviewed COVID-19 test result data for this period.

The data included NHS and Public Health England (PHE) test results plus those carried out by family doctors at 300 general practices contributing to the Royal College of General Practitioners monitoring system for flu-like illness.

The first confirmed cases of the infection in children were reported on 29 February and these continued to increase before peaking on 11 April, echoing the trends seen in adults.

On average, children were nearly 6 years old when they tested positive for the virus, and just over half (53%; 742) the cases were among boys. The highest number of tests and positive results were among infants, particularly those under 3 months, and among 1 year olds.

In general practice, SARS-CoV-2 positivity was low even in children with acute respiratory infections, the data show.

The total number of deaths among children between January and May in England wasn’t higher than expected compared to the same time period in the previous four years. This contrasts sharply with the estimated 56,456 excess deaths occurring among adults in England between March and May.

In all, 8 of the 1,408 children who tested positive for SARS-CoV-2 died, but only four died of COVID-19; they were aged between 10 and 15, and three had several co-existing conditions. The others died of other causes, with SARS-CoV-2 confirmed as an incidental or contributory factor.

The figures are in line with those reported for children in other countries, say the researchers, who write: “The experience in England adds to the growing body of evidence on the limited role of children in the COVID-19 pandemic, with just over 1% of confirmed cases occurring in children.

In additional comments not found in the text of the paper, lead author Dr. Shamez Ladhani says: “It is still not clear why young children have such a low risk of infection compared to older children or adults. One theory is that, compared to adults, children have fewer ACE2 receptors which the virus can bind to in cells that line the respiratory tract.

“The way the immune system reacts to the virus is also likely to be different in children compared to adults.”

He adds: “Whilst these numbers are reassuring for children, they include a long period of complete lock down where children were less likely to have been exposed to the virus.”

And he cautions: “We need to remain vigilant as the lock down eases and children have increased contact with other children and adults in the coming weeks. In particular, we need more information about asymptomatic infections and silent transmission.”