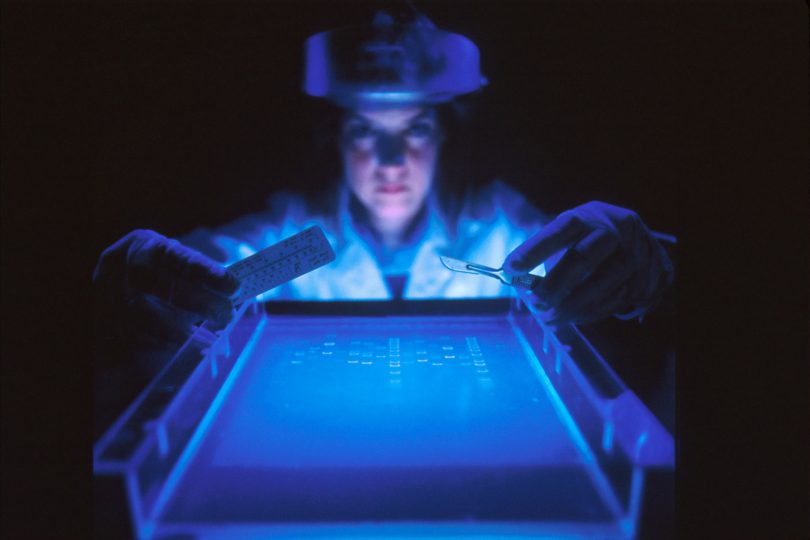 Vice president of Genomics Eurie Hong ’96 is currently leading a research team at the genealogy company Ancestry to investigate the link between genomics, which is the study of a person’s genes and their interactions, and COVID-19 susceptibility and symptom severity.

The research launched in April and has produced several preliminary results and findings that, once confirmed and validated, may accelerate the pace of other COVID-19 research, according to Hong. According to Ancestry’s website, the research could also be useful in the development of a cure or vaccine.

Early data has shown that healthcare workers who are directly exposed to the virus are around six times more likely to have a confirmed case than the average person in the survey population, and discovered possible explanations for the appearance of increased susceptibility to the virus in men but not women, among other findings.

Hong’s research with Ancestry comes as multiple different genealogy companies mobilize to contribute their unique access to large genetic data pools to the current body of COVID-19 research. 23andMe has also launched a COVID-19 study, and both companies aim to explore why the virus appears to affect different people in very different ways when it comes to symptom severity.

“From the early days … I think it was clear to all of us that some people were getting very, very sick when they were affected with coronavirus, and some people had hardly any symptoms at all,” said Dr. Catherine Ball in an interview with USA Today. Ball is the chief scientific officer at Ancestry.

“[The spectrum of human response] is still remarkably divergent in different people, even if they have the same age and have the same overall health,” she added. “And so to geneticists, that looks like there’s a genetic factor in whether people become infected in the first place or have serious or mild symptoms.”

Ancestry’s research is the result of a collaboration between a range of scientists from geneticists to computational biologists and consists of gathering data through a survey which current AncestryDNA customers of 18 years or older can opt in to. Consenting customers answer a set of questions about their demographics, their exposure to the virus, their testing results and their symptoms, if any. Based on responses to the survey, participants are grouped by several factors including exposure and severity of COVID-19 symptoms.

Within these different groups, the DNA sequences of participants — which are already in the Ancestry database since all participants must be customers — are compared by researchers. A genome-wide association study (GWAS) is used to compare these sequences and identify common variants in the DNA of one group in comparison to the DNA of another. These common variants point to possible genetic reasoning behind differences in severity of response or vulnerability to COVID-19 from group to group.

“The goal is to find regions in the DNA that can help understand why some people become infected or have a more severe disease than others,” Hong said.

Ancestry believes this information sheds light on the “risk of transmission in different settings, and potentially the importance of using PPE,” according to its website.

The collected data has also been able to produce some novel findings. Researchers have identified a region on chromosome 1 associated with a 44% increase in odds of susceptibility in males. Near this region is the IVNS1ABP gene, which codes for a protein involved in influenza replication. This association is not present in females. The discovery of the region near this gene could help researchers understand why the virus appears to take a greater toll on men compared to women, and they are currently working to validate this preliminary result.

Since the population participating in the survey is limited to those who are already customers and those who have also opted to participate, the researchers involved have also had to take steps to ensure the collected data is valid.

“We evaluated the data against a CDC database of those who have tested positive from hospitals and clinics,” Hong explained.

According to Hong, the survey results have matched the CDC’s data pretty closely. For example, where the median age of those who self-reported testing positive in the Ancestry survey was 49, the median age in the CDC dataset was 48. Where 10% of positive-testing participants reported being hospitalized in the Ancestry survey, 14% reported the same in the CDC dataset. Other demographics of the positive-testing survey participants also matched the CDC dataset with similar differential margins.

Still, Hong warns against using this research to self-evaluate your own risk.

“Our results are preliminary and need to be validated and confirmed,” Hong said. “The best thing to do now is to wash your hands, follow social distancing guidelines and wear a mask in public areas.”

While not to be used to self-diagnose, finding a link between genetics and the virus in the research data has the potential to be used by scientists outside of Ancestry working on vaccines, cures and preventatives for COVID-19.

“Finding a genetic component could help better understand how our immune systems work against the Sars-CoV-2 virus that causes COVID-19 or identify potential targets for development of treatments,” Hong said.

The survey data has not yet been peer-reviewed, but “Ancestry is preparing a detailed report of its approach and findings for peer review and invites scientists from around the world to determine whether this finding holds up to rigorous scientific scrutiny,” according to a press release.

In order to do this, Ancestry plans to submit the data from the survey to the European Genome-Phenome Archive, an international data archive, where qualified researchers working on preventatives and vaccines can access and use it.

Many doctors are grateful for any research contributing to the defeat of COVID-19.

“As a physician, it’s the moments of hope — when medicine finds a way to address a pressing human need — that matter the most,” wrote Ancestry’s vice president of Health and DNA Dr. Ron Park in a blog for Ancestry’s website.

“The power of the Ancestry and scientific communities, in collaboration together, gives us continued reason to hope,” Park added.

Hong is primarily excited to work with such a diverse range of scientists from all different disciplines, and her day-to-day is always a little different — from “giving feedback … to training the next generation of scientific leaders, to tackling the complexities of scale.” Still, the main goal remains “[unlocking] the power of human genetics for everyone.”

“[Ancestry’s] COVID-19 research study is an example of partnering with our customers and mobilizing our expertise to help combat this pandemic,” Hong said. “We are just one part of a global scientific community and proud to help advance what we know about COVID-19.”